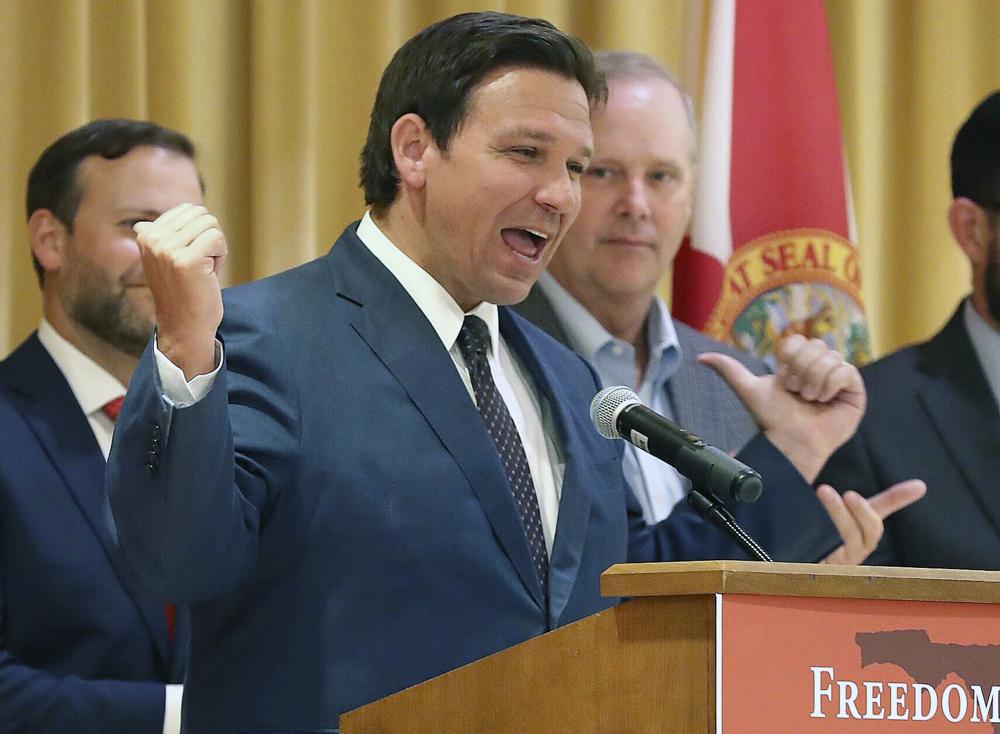 Gov. DeSantis vetoed 49 projects with $115.9 million in spending on the Senate’s sprinkle list, or about 31% of the projects on its entire list.

But more red ink spilled on Senate projects than spending preferred by the House, according to a Florida Politics analysis of each chamber’s “sprinkle lists.” The sprinkle lists are formally known as “supplemental funding projects” and are agreed upon by budget writers from each chamber in the final stages of negotiations, usually as a way to smooth over any disagreements and produce a final spending plan.

DeSantis vetoed 49 projects with $115.9 million in spending on the Senate’s sprinkle list, or about 31% of the projects on the entire list. The total of those vetoes reaches $157.8 million, because some of the sprinkle list funding was used to boost money for projects already in the budget.

For example, the Senate added $10 million for the Moffitt Cancer Center and Research Institute in its sprinkle list to the $10 million the facility was already set to receive under a budget agreement with the House. DeSantis vetoed the full $20 million.

The biggest Senate project on the list was $35 million for the Tampa Bay Rays’ new training facility.

DeSantis said Friday he vetoed that project because taxpayer funds shouldn’t pay for sports arenas, not just because the Rays spoke out against gun violence and in favor of gun control after recent mass shootings in Buffalo, New York and Uvalde, Texas.

Other last-minute Senate funding projects axed by DeSantis include $22.5 million to remodel buildings at Pasco-Hernando State College; $14 million to extend Ridge Road in Pasco County; and $2 million for a Hormonal Long-Acting Reversible Contraception program. All were priority projects for Simpson, a Trilby Republican who accompanied DeSantis at his public event Thursday to announce the budget signing.

By comparison, DeSantis’ veto pen crossed out just 11 of the House’s 62 sprinkle list projects, or about 18%, thwarting about $21.1 million in spending.

Most of that came from just one project: $15 million in additional funding for a 2nd District Court of Appeal courthouse in downtown St. Petersburg named after former Pinellas State Attorney Bernie McCabe. Sprowls, a Palm Harbor Republican, served under McCabe, who died in 2021 and the project was a top priority of his. Construction on the courthouse began in December 2021, after the project received $50 million in the current year’s budget.

In addition to vetoing the McCabe courthouse funding, DeSantis also crossed out $50 million for a new 6th District Court of Appeal courthouse in Lakeland. The funding was one of Senate Budget Chief Kelli Stargel’s top priorities.

nextUF quarterback faces fine of about $375 in speeding case, based on review of similar tickets across Florida