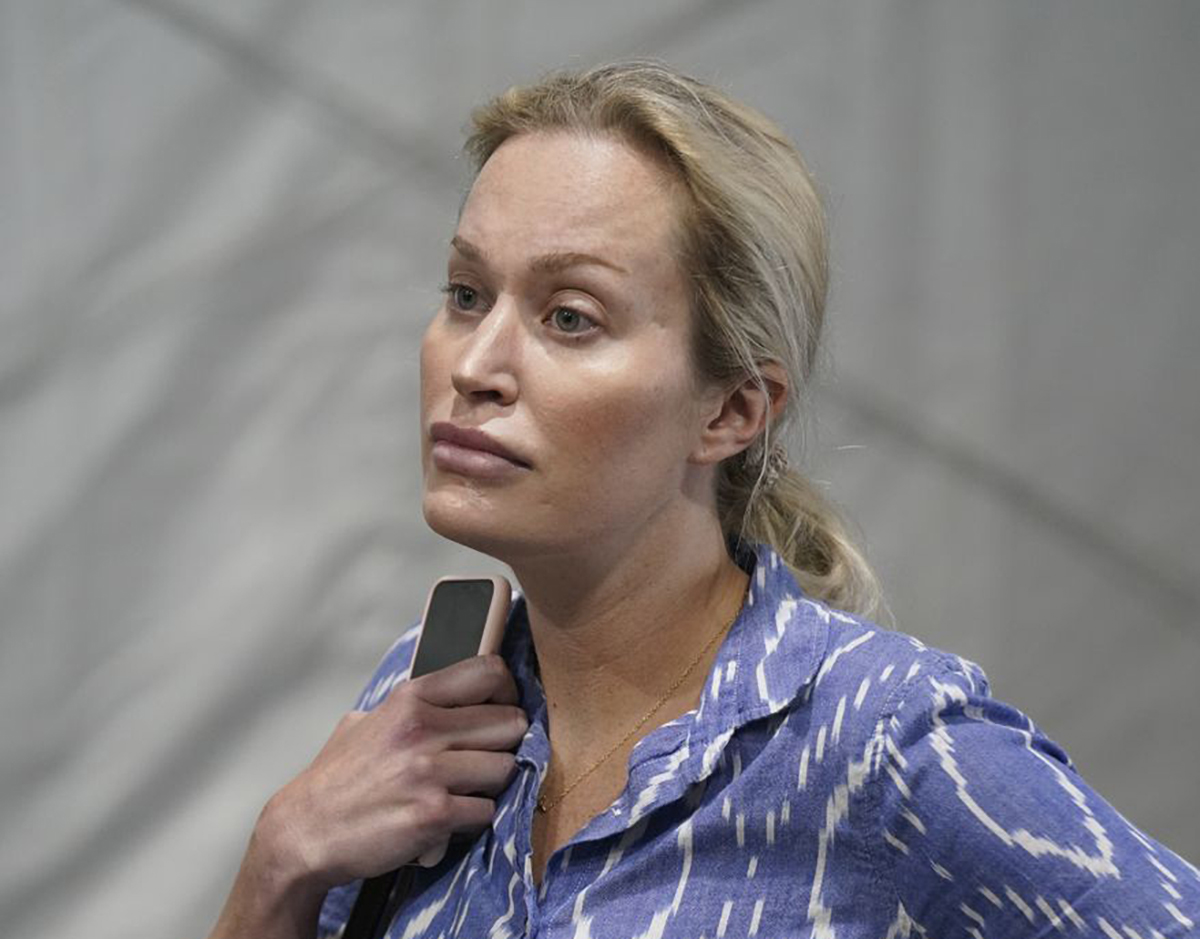 Christina Pushaw, Gov. Ron DeSantis’ Press Secretary, registered as a foreign agent who worked on behalf of a Ukrainian politician.

The controversial spokesperson provided paid consultation for Mikheil Saakashvili, former President of the Republic of Georgia, between October 2018 and October 2020, according to federal disclosures received Monday. The disclosures were first reported by The Washington Post.

Pushaw was hired as DeSantis’ Press Secretary in May 2021. She told Florida Politics none of her work with Saakashvili was related to her job in Florida. She referred further questions to her attorney, Michael Sherwin.

In an email to Florida Politics, Sherwin stressed Saakashvili is politically allied to current Ukrainian President Volodymyr Zelenskyy, an ally to the U.S.

“Starting in 2018, Ms. Pushaw did volunteer work helping to advocate for former Georgian President Miikheil Saakashvili, a close ally of Ukrainian President Volodymyr Zelensky, and the need for free elections and democratic institutions in Georgia where she was living at the time,” Sherwin wrote.

“She was then paid for some of that work, totaling $25,000 over two years, which covered some of her living expenses. Her efforts included writing op-eds, reaching out to supporters and officials, and advocating on his behalf in Georgia and in the United States.”

He told the Post that Pushaw only learned recently that she had to disclose the work to the federal government pursuant with the Foreign Agents Registration Act of 1938.

Pushaw wrote in her disclosure that from January to October 2018, she worked with Saakashvili “on a sporadic and voluntary basis with publicity advice.” She was later paid for similar work.

Pushaw detailed her work for Saakashvili in greater detail in the federal disclosures.

Saakashvili, who now chairs the National Reform Council of Ukraine, no longer lives in Georgia but remains “an influential figure” in the former Soviet republic, the disclosures state.

At the time of the work in 2018, Saakashvili was a political dissident and a “stateless person” not working or supervised by any foreign government or power. He later became a citizen of Ukraine in early 2020, but was not acting on behalf of any foreign power, political party or other foreign principal at the time, the disclosures state.

Since May 2020, Saakashvili served as executive committee chair for the National Reform Council in Ukraine, a position he was appointed to by Zelenskyy. That came after a failed effort to name him as Ukraine’s Deputy Prime Minister of Reforms, according to a contemporaneous article by the Atlantic Council.

“My work for Mikheil Saakashvili was strictly related to increasing his international profile in an effort for him to re-enter Georgian politics at some future date,” Pushaw wrote in disclosures.

The work involved dealing with the media, similar to what Pushaw does now for the DeSantis administration.

“I advised Mikheil Saakashvili on international communications and media, including assistance with television appearances, op/eds, and outreach to policymakers,” Pushaw wrote. “I worked under the supervision of Saakashvili during this period. As stated previously, my work for Saakashvili consisted of monitoring the Georgian political environment for him and assisting in his international profile.”

The professional relationship ended around December 2020 when, Pushaw wrote, “all of my activities and efforts on behalf of Saakashvili terminated and have not continued to the date of this filing.”

Of note, the Warsaw Security Forum in 2019 announced Pushaw’s participation in the New Security Leaders program. The announcement noted she lived in Tbilisi, Georgia at the time and had “worked as an academic consultant, freelance edited foreign policy articles and proposals for international NGOs (non-governmental organizations), and developed a keen interest in Georgian politics.” The same year, she served as director of the Georgia-based New Leaders Initiative.

In a timeline laid out in the federal disclosures, Pushaw discusses her time living abroad.

“I resided in Tbilisi, Georgia for about 6 weeks from October-December 2018 to consult Saakashvili on the status and progress of the United Opposition presidential campaign,” she wrote. “During that time, I stayed rent-free in an apartment in Tbilisi owned by an associate of Saakashvili.”

She said she did more volunteer work for Saakashvili between January 2019 and July 2020 but was living in Georgia and primarily working with her NGO, “which was nonpartisan and focused on Georgian civil society and politics, with no presence in the United States.”

She later took on the additional paid work for Saakashvili. “This work consisted of monitoring the political environment and advocating internationally on his behalf,” she wrote.

Her work included drafting a number of pieces in consultation with Saakashvili that later ran in English-language publications.

“I assisted Mikheil Saakashvili with outreach to Georgian, E.U., and other international media, experts, and policymakers, including U.S. persons and entities,” she wrote. “My work for Saakashvili included perception management, public relations, and preparation and dissemination of informational materials to an international audience, including U.S. persons and entities.”

DeSantis for his part brushed off scrutiny of the disclosure. He characterized the matter as a hit job on Pushaw’s character.

“I think you have some of these media outlets, like these legacy outlets in D.C. and New York, and anybody that is standing up and fighting back, which she has done, they want to smear,” DeSantis said at a Wednesday press conference. “And so they will do hit pieces, and that’s just how they do. And you know what, that doesn’t work anymore, because nobody in the public believes their garbage.”

previousSunburn — The morning read of what’s hot in Florida politics — 6.8.22