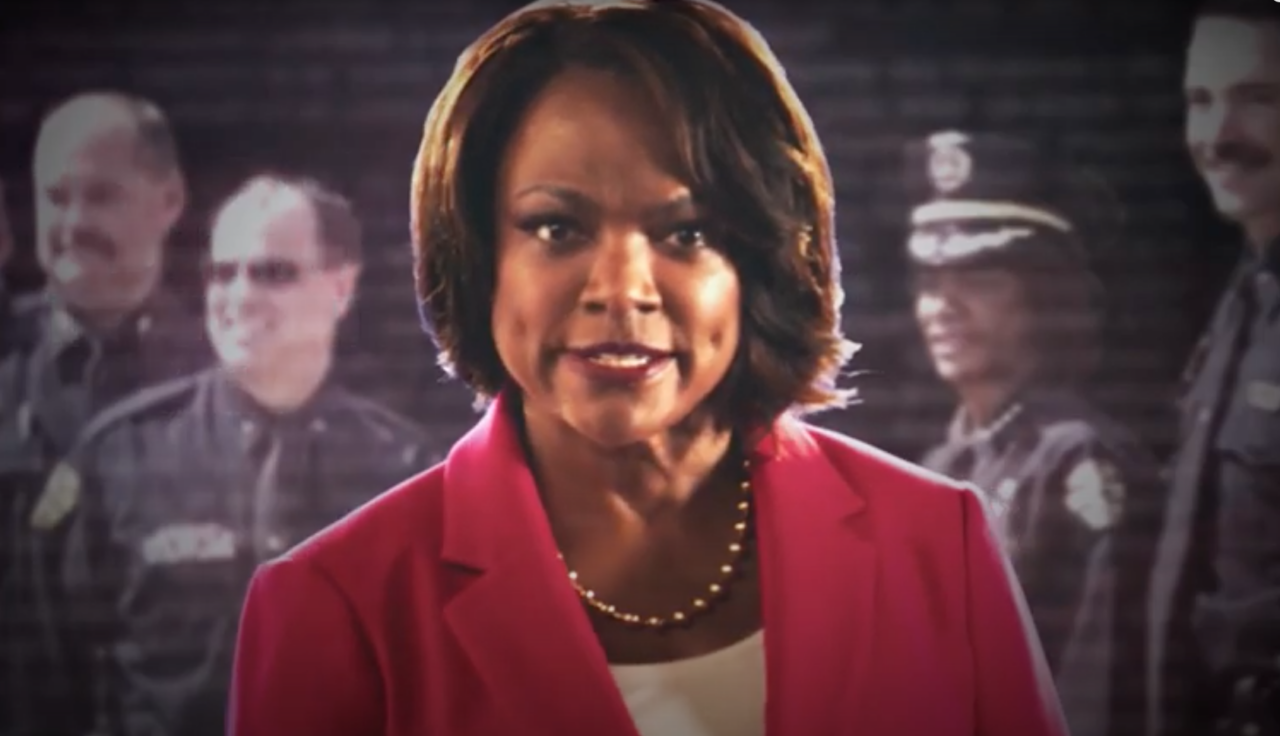 Demings' campaign says it is spending at least $10M to air the new ad.

Democratic Rep. Val Demings’ U.S. Senate campaign is launching a statewide TV commercial pushing her law enforcement background and seeking to defuse attempts to tie her to the 2020 “defund the police” messages pushed by some liberal Democrats.

Demings’ 27 years as an Orlando police officer, culminating as the department’s first woman Police Chief, and her support for police have comprised a cornerstone of her Senate campaign, which often refers to her as “Chief Demings” instead of “Rep. Demings.”

Her campaign also suggests in a news release she’s trying to distance herself from a broader category of “bad Washington ideas” such as defunding the police.

Nonetheless, Demings has received vigorous attack from Republicans trying to tie her to the anti-police messaging of the 2020 Black Lives Matter protests. And her General Election opponent, Republican Sen. Marco Rubio, has been cleaning up with endorsements from Florida law enforcement groups.

Countering that early, Demings’ campaign says it is spending at least $10 million to air the new ad, “Protect and Serve.” It will be playing both in English and Spanish, statewide.

Rubio’s campaign charged that Demings’ first TV ad of the campaign “doesn’t name a single accomplishment in Congress — because she has none.”

“She flip-flopped on Defunding the Police: just a couple of years ago she called the movement, ‘very thoughtful,'” said a statement from Elizabeth Gregory, the Rubio campaign’s communications director said. Gregory cited  a June, 2020, interview Demings gave in which she specifically referenced the Minneapolis’ City Council’s interest to sit down “with law enforcement authorities and other community leaders.”

The large TV buy is unusual this early, confirming this is going to be a long, high-stakes battle.

It begins by regaling her time as Orlando Chief of Police, from 2007-11. As a confident Rep. Demings strides across the screen, the backdrop shows video clips of her as Police Chief. Her voice also plays across that of various background voices, including that of Orlando Mayor Buddy Dyer, commenting on her tenure in Orlando.

“Chief Val Demings,” says one as an introduction.

“An impressive history of public service,” says another.

“Protect and serve Florida. That’s what I’ve done, as a police officer and as Chief,” Demings says.

“Under her leadership, crime is down, 40%,” says a background voice.

Demings finishes with the slogan, “Florida, it’s time to send a cop on the beat to the Senate.”