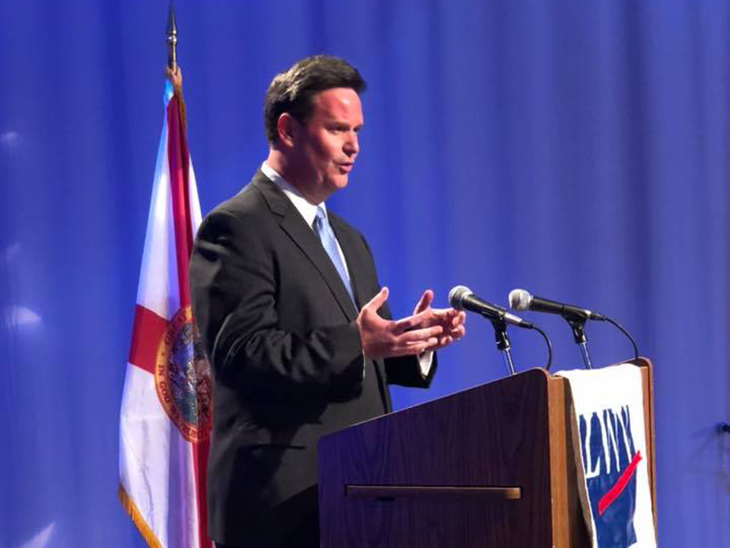 The ad says recent groundbreaking ceremonies are a sign of hard work paying off.

Tallahassee Mayor John Dailey released another video ad in his bid to lead the capital city for another four years, this time focusing on job growth.

The video, part of a five-figure ad buy, will target Tallahassee voters on various stations. The ad highlights job creation in the capital city, linking the Mayor with 5,000 new high paying jobs.

“Each ribbon cutting means that years of hard work to bring good, high-paying jobs to Tallahassee, is starting to make a difference. And it’s more than just the numbers,” according to the ad. “For Mayor Dailey, it’s about helping local families find local jobs that pay well and offer real benefits.”

It’s Dailey’s third ad of the campaign, with ads in March and April focusing on promises kept and what he’s most proud of.

“Tallahassee is a great place to live, work, play and raise a family. I’m proud to lead the team at the city that has been working hard to bring good, high paying jobs to Tallahassee. I’m excited about the future of Tallahassee,” Dailey said in a statement.

This election cycle, he is being challenged by Leon County Commissioner Kristin Dozier and Whitfield Leland III. A fourth candidate, Michael Ibrahim, is running but has not yet qualified for the race.

Dailey’s strongest opponent appears to be Dozier. However, she is currently leagues behind the incumbent Mayor among Tallahassee businesspeople and politicos and in fundraising.

Dozier placed second in a Network of Entrepreneurs & Business Advocates straw poll last month, earning 21% of the vote to Dailey’s 65.5%. Dozier also has the second-best fundraising numbers, raising more than $9,000 last month and spending nearly $900 to create $68,000 cash on hand.

During last month’s mayoral debate, Dozier publicly sided with two City Commissioners and a progressive faction who wanted the stadium money broken out of an economic development bond issue and allocated where it would create more jobs. Public meetings became antagonistic and Dailey was accused of cutting off debate.