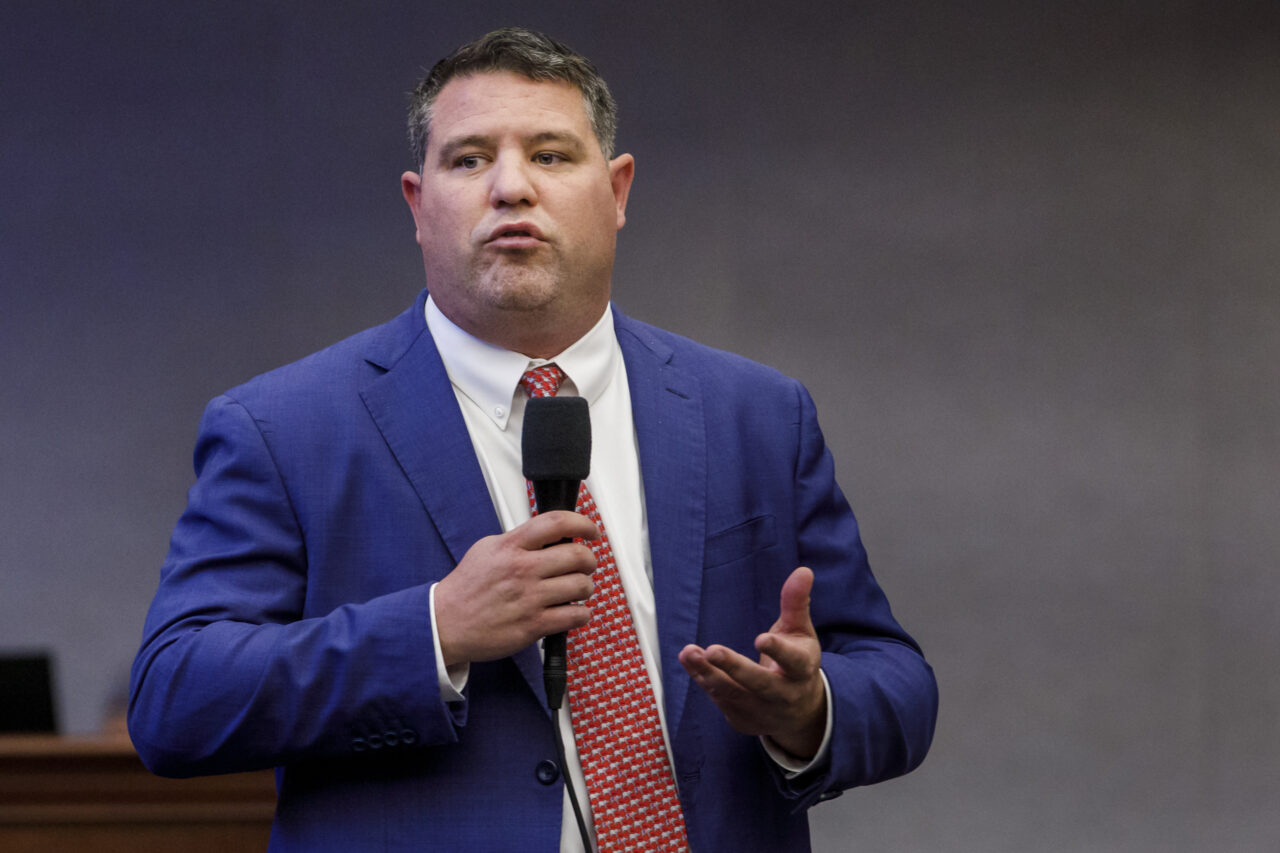 Gerry James argues the incumbent is laden with conflicts of interest.

Republican Sen. Travis Hutson faces what could be an open Primary in the new Senate District 7 from a man once known as “Gerry America.”

Ponte Vedra’s Gerry James qualified for the ballot Thursday as a Republican, ensuring a Primary opponent. A write-in candidate materialized Friday, closing the Primary to non-Republicans.

Per his campaign bio, James describes himself as a “PGA professional & financial advisor. A constitutional conservative with common sense. A true patriot who will defend our freedoms. He will fight to ensure that Florida becomes a constitutional carry state. Gerry will continue the fight against any and all government mandates. Gerry is the most conservative candidate for the Florida Senate!”

In a conversation with Florida Politics, James described some of his life long before politics, including his forays in professional wrestling. Trained by the legendary Verne Gagne, he worked most of his career in Europe under the aforementioned Gerry America gimmick for promoter Otto Wanz.

He worked briefly in what was called the World Wrestling Federation under the “Agent Orange” gimmick, before leaving that company for lifestyle reasons. He is a devout Christian, and pro wrestling in that time and place was debauched.

He also had a stint in professional football, with some time in the original United States Football League. More currently, he has done some professional golfing.

James on Friday said he’s eager to debate Hutson, but that the political veteran is “ducking” every potential joint appearance. The challenger has a list of grievances.

“Do you have an hour?” he asked when we asked why he was challenging Hutson.

Describing Hutson as a “Republican in name only,” James depicted a Senator suffused with “conflicts of interest” as a “Senator and the largest developer in St. Johns County.” He said Hutson voted against gun rights, and diverted funds from A1A improvements to SR-2209, which helps a Hutson development at Silverleaf.

James says his support is “100% grassroots,” and he will need that, given the fundraising edge enjoyed by Hutson.

James has roughly $9,000 cash on hand in his campaign account, while Hutson’s account is nearing $90,000 cash on hand. The Senator has two political committees also, with roughly $25,000 on hand between his Sunshine State Conservatives and First Coast Business Foundation.

Hutson hasn’t faced a Primary since 2015, when he emerged with the GOP nomination in the Special Election that took him to the Senate. He has gotten over 60% of the vote in General Elections, a function of being a representative of a safe Republican district. Former President Donald Trump defeated Joe Biden by roughly 20 points in the district in 2020.