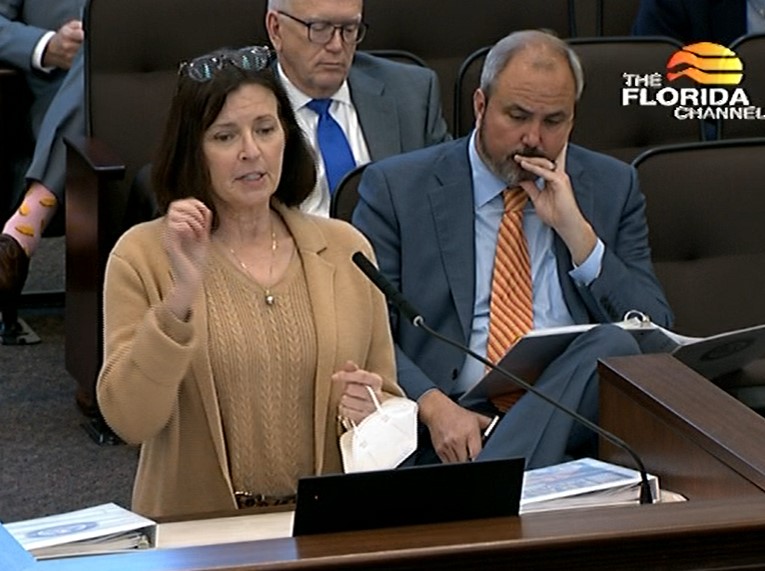 'For far too long, the process has given divorce lawyers the upper hand during divorce proceedings.'

The years-long battle over whether to overhaul permanent alimony and child-custody laws in Florida reached fever pitch last week when the Florida Senate transmitted Senate Bill 1796 to Gov. Ron DeSantis to approve or veto.

SB 1796 would allow more ex-spouses to terminate permanent alimony payments and would create a 50/50 presumption regarding time-sharing of a divorcing couple’s children.

Proponents and opponents claim to have delivered to DeSantis petitions signed by thousands of people (not necessarily Floridians) asking him to sign or veto the bill. The Phoenix has requested details about the petitions.

Advocates say SB 1796 represents an overdue modernization of divorce laws in Florida that would, in part, allow payors of permanent alimony to phase out payments over four years upon reaching retirement age.

Opponents say it will unravel divorce settlement agreements that are decades old as ex-spouses enter retirement age, cutting income for aging recipients who had been promised alimony for life.

“SB 1796 and Florida Family Fairness Inc. have sought to balance the need and rights of permanent alimony payors to retire, while ensuring that if they do so, that the most vulnerable recipients are protected by having a way of contesting this termination,” Buhler wrote in a letter to the Phoenix following the publication of this story.

He stressed these points: The recipient’s income without alimony could not be less than 130 percent of the U.S. poverty threshold (around $18,000 per year for a single-person household, and around $43,000 for a family of five, according to the American Council on Aging). The recipient could not be rendered unable to provide for basic needs and necessities. And agreements that specifically excluded future modifications, such as those in which a spouse gave up their share in marital assets, could not be modified.

Marc Johnson, the group’s chair, issued a statement on Friday.  It says, in part, “For far too long, the process has given divorce lawyers the upper hand during divorce proceedings. It is time to modernize Florida’s family court laws, by making the process more equitable and predictable for all parties while reducing the cost of litigation.”

The Family Law Section of The Florida Bar and the American Academy of Matrimonial Lawyers object to provisions in SB 1796 that allow retiring spouses to seek to modify old agreements and argue that the safeguards are insufficient to financially protect aging ex-spouses. Those organizations had supported a negotiated compromise, which failed, to eliminate permanent alimony in future divorces but not retroactively.

Those legal organizations also object to the 50/50 presumption for time-sharing of children, arguing it could pressure some parents to seek less alimony to ensure more time with their children, while others could use it as a tool to reduce their child-support payments.

Tampa family-court magistrate Philip Wartenberg, chair-elect of The Bar’s Family Law Section, is among those asking the governor to veto the bill.

“I’m concerned about the mother who will give up other things, financial relief, for instance, that might be much needed for her household, just in order to secure the right time-sharing,” Wartenberg told the Phoenix after SB 1796 was adopted by the Legislature. “There is that concern of people coming in asking for as much time-sharing as they can get, so that it could reduce what they pay in child support.”

Components of the bill, sponsored by Republican Sen. Joe Gruters, who represents parts of Sarasota and Charlotte counties and is chair of the Republican Party of Florida, include:

— A legal presumption that divorcing parents will share custody of their children 50/50, which also informs how much child support parents pay their ex-spouses

— Eliminating adultery as a factor in determining alimony

Through mid-morning Monday, DeSantis had not announced any action on the bill.