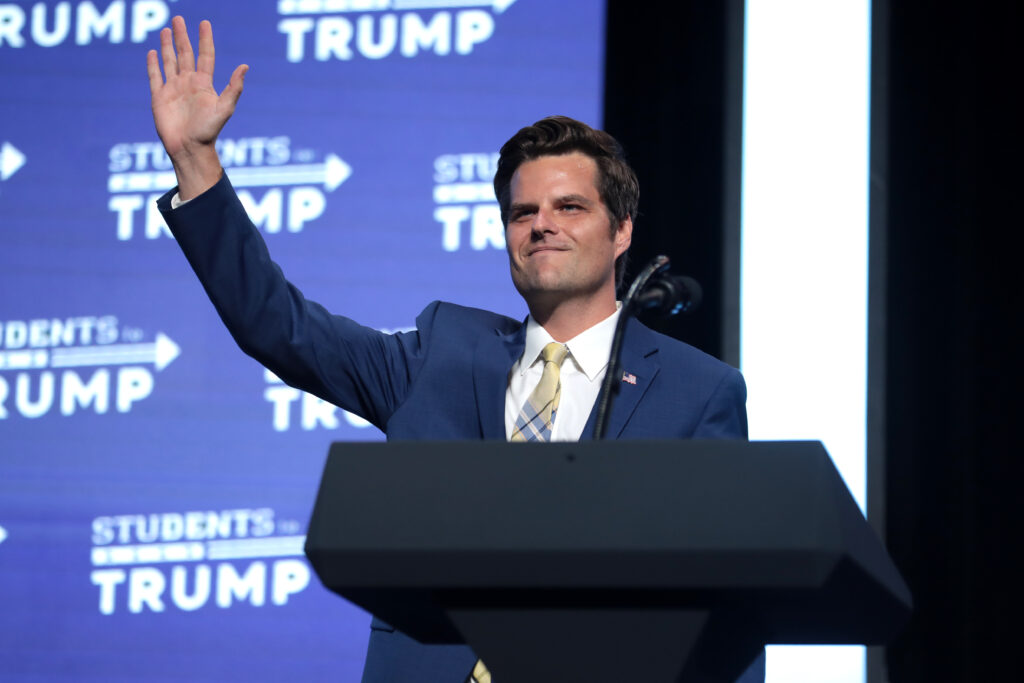 'The general tone was, we may be prosecuted because we were defensive of the President’s positions.'

Cassidy Hutchinson, an aide to former White House Chief of Staff Mark Meadows, testified Gaetz was among five Republican Congressman who personally asked for a pardon from Trump. That confirms reports dating to last spring that Gaetz may have sought a preemptive pardon during Trump’s last days in office.

Additionally, the committee discussed an email sent by Rep. Mo Brooks, an Alabama Republican, that also was sent “pursuant to a request from Matt Gaetz.”

But while prior speculation questioned if Gaetz was motivated by a federal investigation of a personal scandal, the committee focused on efforts to obtain pardons for “every Congressman and Senator who voted to reject the electoral college vote submissions of Arizona and Pennsylvania.”

That’s a group that would include 12 U.S. Representatives from Florida, all Republicans. Sen. Rick Scott, a Republican, also voted to object to Pennsylvania’s slate of electors.

Gaetz, for his part, has dismissed the work of the committee as politically motivated, and has repeatedly referred to them as the “Unselect Committee.”

He spoke to Right Side Broadcasting Network on Thursday about the hearing. He also dismissed assertions objecting to certification of the electoral college results warranted a breach of democracy. He said he objected to states where the law changed at the last minute regarding the management of the election, with officials citing challenges of the pandemic, or about states where the chain of custody issues on ballots had been raised.

“They (committee members) use this to make the argument there was some sort of unprecedented pressure that members of Congress were putting on democracy,” he said. “Here’s my response. You know the last President that was Republican that got sworn in without Democrats objecting to their electors? George H.W. Bush.”

But he also said there was merit to members of Congress raising concerns during the process.

“It has long been part of the history of Congress to use the objection to electors to write then important questions and you can make points on principle,” he said. “That’s what we sought to do and we sought to introduce evidence. Unfortunately, our efforts to use a legitimate constitutional process was interrupted by a riot.”

The committee also played footage from a Turning Point USA speech where Gaetz stated the election had been stolen from Trump.

“Jan. 6, I’m joining with the fighters in the Congress. We are going to object to electors from states that didn’t run clean elections,” Gaetz said in one clip.

“Democracy is left undefended if we accept the result of a stolen election without fighting with every bit of vigor we can muster,” he said in another.

next2020 election: Group of Florida Democrats braced themselves for interference if Donald Trump lost