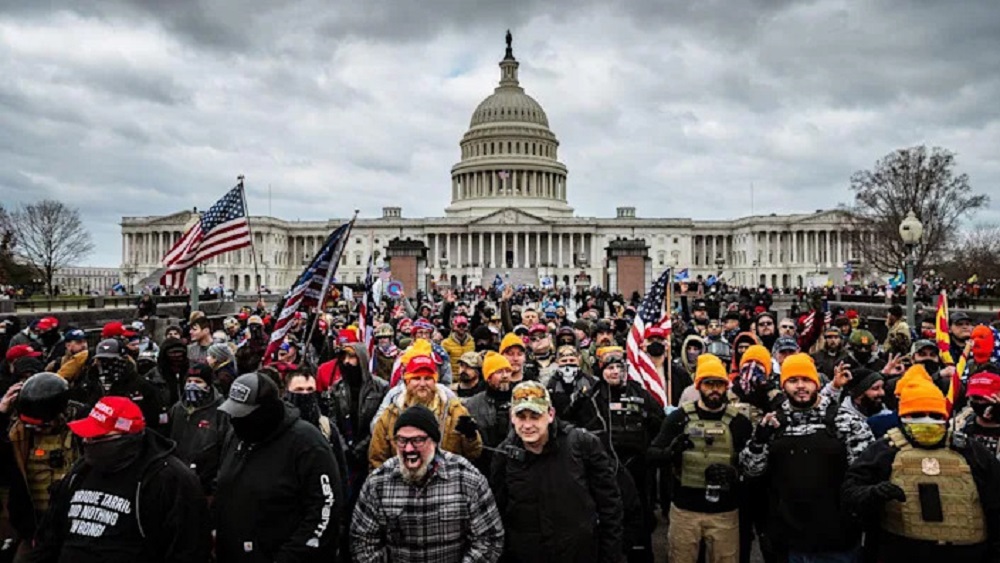 Charges say they were among rioters who entered Capitol during insurrection.

Federal authorities announced they have arrested three St. Cloud residents arrested through continuing investigation of the Jan. 6, 2021, right-wing attack on the U.S. Capitol.

The U.S. Attorney for the District of Columbia announced Sunday it had arrested Leslie Gray, 56, Traci Isaacs, 52, and her husband, Luis Hallon, 67, all of St. Cloud.

They were named in a criminal complaint filed in the U.S. District Court for the District of Columbia. The complaint said the three traveled together to Washington, joined the mob attacking the Capitol, and entered the Capitol during the attempted insurrection.

Gray is charged with civil disorder and obstruction of an official proceeding, both felonies, as well as misdemeanor offenses.

Isaacs is charged with destruction of documents, a felony, and related misdemeanors.

Hallon is charged with misdemeanor offenses.

All three defendants were arrested in St. Cloud and were to make their initial court appearances in the Middle District of Florida, the U.S. Attorney’s Office said in a news release.

According to the release, the trio all entered the Capitol as rioters broke into the building and flooded the corridors and chambers.

The statement said that Isaacs, a paramedic, submitted an application to volunteer with the Oath Keepers, an organization that has members who have been charged with sedition conspiracy.

The statement said all three entered through the Capitol’s Rutunda doors. Gray entered first and spent about 16 minutes inside, shooting videos, at one point pronouncing, “we’ve taken it.” At another point she reportedly yelled “traitor” at law enforcement officers telling her to not proceed any further.

Isaacs and Hallon spent about 14 minutes inside, according to the statement, and Isaacs sent texts to people about being inside, which she later reportedly deleted. One text message that investigators recovered read, “Delete anything I sent you please. Feds are going after people hard.”

The case is being investigated by the FBI’s Tampa Field Office and its Orlando Resident Agency with assistance from the FBI’s Washington Field Office, and the U.S. Capitol Police.

In the 17 months since Jan. 6, 2021, more than 840 individuals have been arrested associated with the insurrection attempted as Congress was confirming the 2020 election of Joe Biden as President.