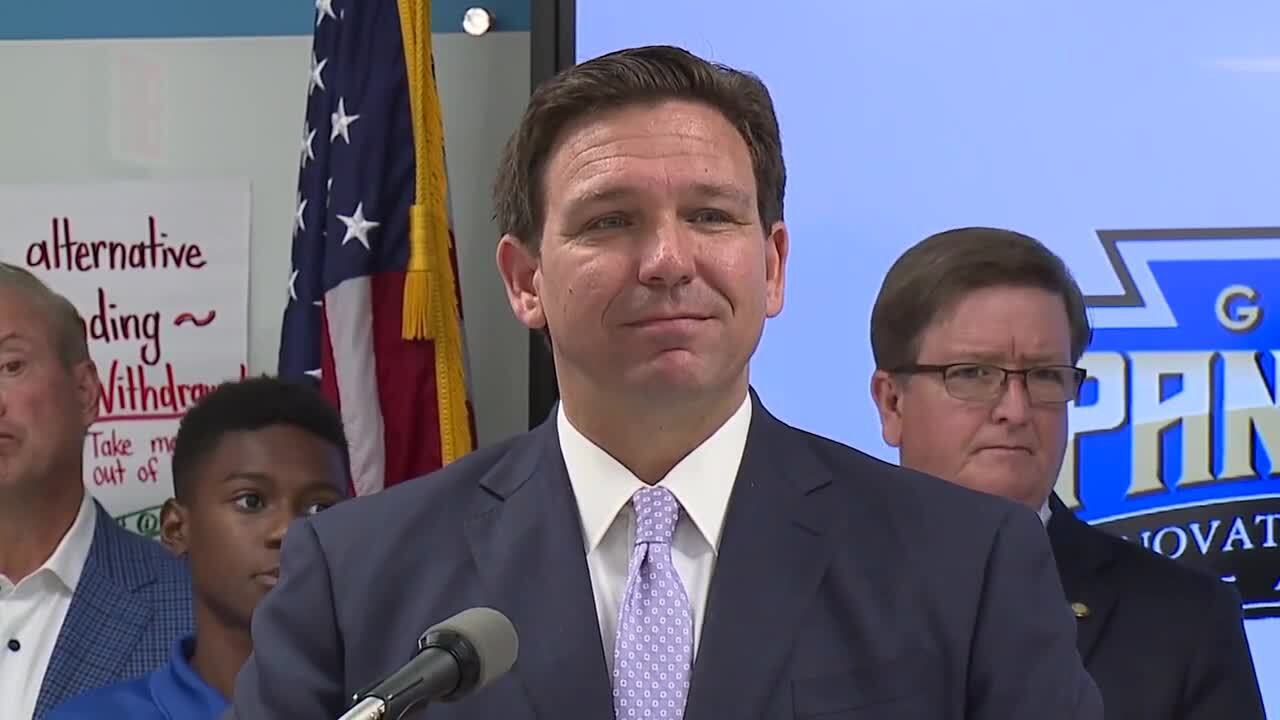 Gov. Ron DeSantis hauled in $3.6 million in the first half of June through his campaign account and his political committee. Campaign reports filed Friday show a continued dominance when it comes to dollars.

More than $1 million of that came in through the official campaign account for DeSantis and Lt. Gov. Jeanette Nuñez. Another nearly $2.6 million flowed to Friends of Ron DeSantis. While the two accounts are also spending substantially as well, the political committee closed the month with almost $107 million in cash on hand, with DeSantis’ candidate account holding another roughly $7.4 million in the bank.

The bottom line: DeSantis’ re-election campaign as of mid-June had $114,340,380 ready to burn. That’s several times what Democratic contenders have raised to challenge DeSantis as he seeks a second term.

On top of all that, the Republican Party of Florida provided more than $471,000 worth of in-kind support.

The big money in the race flows through political committees, and more than $2.1 million raised by DeSantis’ committee in early June comes from 49 donations of $10,000 or more.

The largest check, worth $400,000, comes from Florida Care, a New York-based company that lists Bleich as its director. Bleich, also the CEO of NursDynamics, has acquired dozens of financially troubled nursing homes in Florida while seeking to build new ones in the state in recent years.

Of note, The Portopiccolo Group, a New Jersey-based company also investing in nursing homes, gave $100,000 to the committee as well.

The second biggest donation came from NHL owner Foley’s Cannae Holdings. While hockey may be his most high-profile financial activity, Foley previously served as executive officer for Fidelity National Financial, the largest title insurance company in the country under his leadership. He’s the economic force behind technology and data firm Black Knight Financial Services and, of course, Black Knight Sports and Entertainment, which was awarded the Vegas Golden Knights in 2017.

Rauner, a Hyatt heir who previously chaired R8 Capital Partners and GCTR, defeated Democratic Illinois Gov. Pat Quinn in 2014 but lost to Democrat J.B. Pritzker four years later. Pritzker, elected the same year as DeSantis, is up for re-election this year in a race setting up to be another battle between billionaires. Rauner, though, has moved to Key Largo and participated in politics, primarily financially. That has included donations to the Florida Republican Party and the Florida House Republican Campaign Committee. He gave DeSantis’ political committee $200,000.

Orlando investment manager Craig Mateer, meanwhile, donated $100,000. DeSantis has appointed Mateer to a number of positions. As a search committee member, Mateer criticized a Florida State University presidential search that passed over Education Commissioner Richard Corcoran. Since then, Mateer was named by DeSantis to the Board of Governors for the State University System. He also notably fought a political takeover at the Greater Orlando Aviation Authority after DeSantis appointed him to that board. But his six-figure donation shows he’s still a major investor in DeSantis’ future.

Michael White, an insurance industry leader, also gave a $100,000 contribution to the committee. That cam just after DeSantis signed legislation aimed at stabilizing the Florida market. But the measure was also criticized as approving an industry wish list.

The committee has stepped up spending in the race, dropping $600,000 on media placements through Ohio-based Flexpoint Media. DeSantis’ official campaign account also spent more than $90,000 with the same firm.

DeSantis’ PC also sent more than $231,000 to the Republican Party of Florida, listing that as a fundraising expense.

The campaign account also dropped about $116,000 on direct mail through JDB Marketing in South Carolina and another nearly $30,000 on similar services from America Direct in Virginia. The means fliers could soon start appearing in mailboxes sent directly by the Governor’s re-election effort.