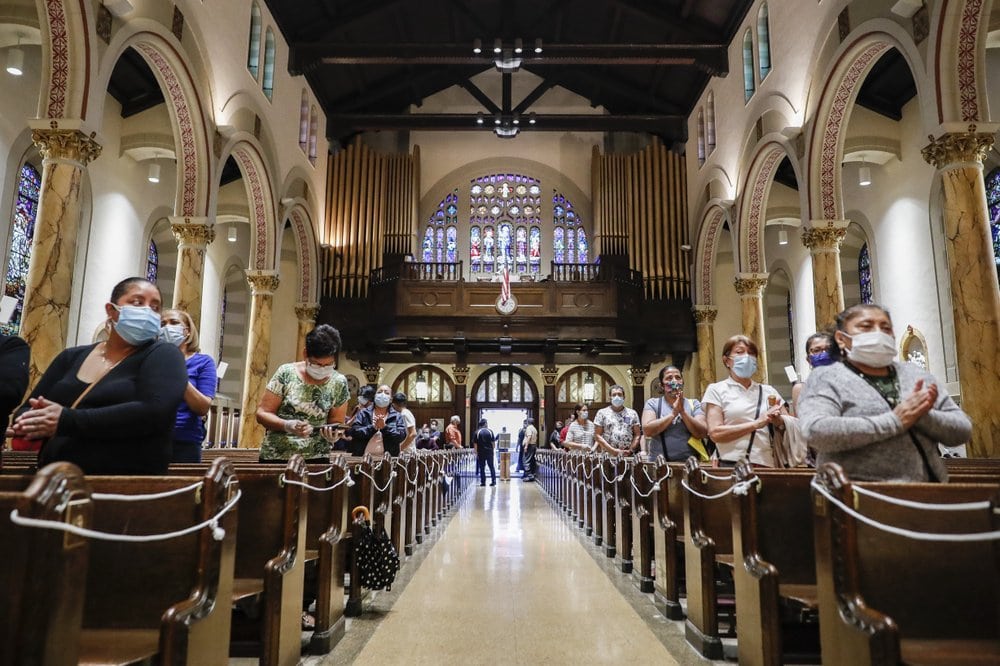 Houses of worship will have the freedom to choose whether to stay open during Florida's next pandemic.

In yet another pandemic-inspired measure, Gov. Ron DeSantis has signed a bill making church doors the last to shutter during an emergency lockdown.

On Friday, Florida’s Republican Governor signed the measure (SB 254), which deems houses of worship “essential services.” During states of emergency, the state and local governments must allow religious events and activities to continue unless the government requires all entities, like businesses and government offices, to cease activities or close their doors. While the law won’t force churches, synagogues, mosques and other houses of worship to stay open during future crises, proponents say it will give the institutions the freedom to respond how they choose.

Under DeSantis, Florida was one of a dozen states to deem houses of worship essential during the state’s stay-at-home order in the early months of the COVID-19 pandemic.

But Florida was not without controversy. A Hillsborough County megachurch pastor was arrested in April 2020 after hosting an in-person service with hundreds of parishioners, flouting the local ban on gatherings of more than 10 people despite the state order protecting worship services. DeSantis later lifted all local emergency orders.

In a phone call with Florida Politics, Brodeur said it seemed inconsistent to close houses of worship but let people go to stores like Publix and Target.

“At a time when people are anxious, you would think houses of worship should be the first place to be open,” Brodeur said.

The Senate passed the measure 31-3 in January, with Democratic Senators Lori Berman, Tina Polsky and Bobby Powell voting against it. The House followed up in March with a 88-29 vote, in which the majority of Democrats opposed the proposal.

Other pandemic-inspired measures have included a law allowing “cocktails-to-go” and the No Patient Left Alone Act, which guarantees minimum visitation rights at hospitals, nursing homes and assisted living facilities.

previousDiagnosis for 6.26.22: Checking the pulse of Florida health care news and policy