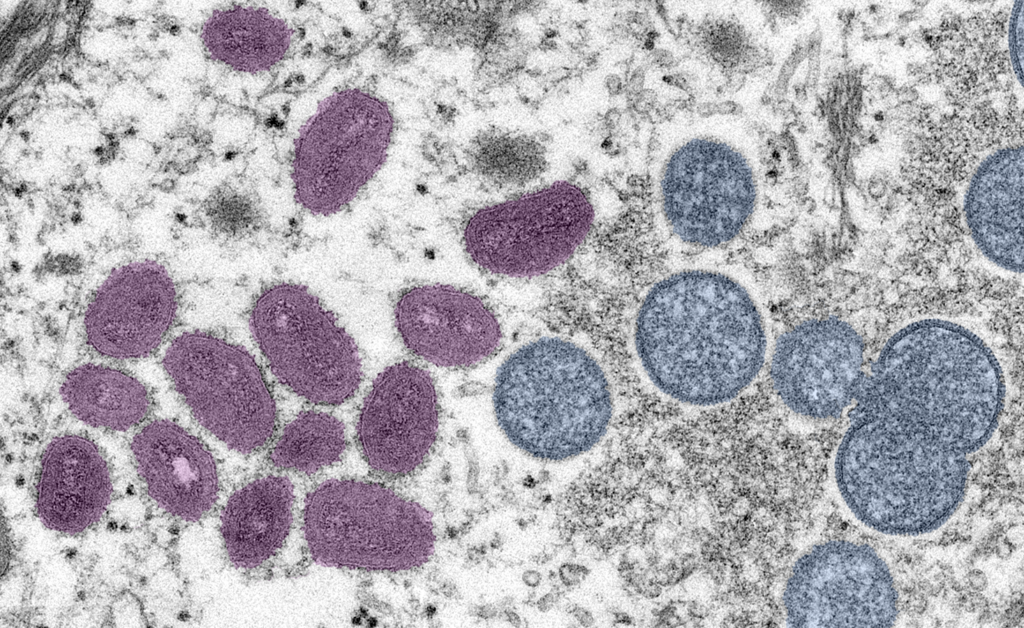 Florida faces deaths from meningococcal disease and the growing threat of monkeypox, but the public may not know about it.

The Florida Department of Health’s website shows a COVID-19 treatment locator, prediabetes risk tests, a tweet on HIV testing, and a trending topic about a rare disease called monkeypox, among other items.

At issue is whether the state health department, led by Florida Surgeon General Joseph Ladapo, should be raising more awareness about serious infections spreading across the state, or is leaving Floridians in the dark on a health crisis that has involved the deadly meningococcal disease and the monkeypox virus that has spread through eight Florida counties by now.

The department posted just two tweets on May 25, one about how Florida is responding to the 2022 meningococcal outbreak and another about promoting vaccines for the disease. After that, there’s been no other tweets on the outbreak as of Tuesday.

Floridians would have to search to find information about the meningococcal outbreak. If they found the webpage, they’d see general information such as symptoms and treatment options, but not 12 deaths.

The disease includes infections of the lining of the brain and spinal cord (meningitis) and bloodstream, according to the CDC, which created a webpage within its website dedicated to information about the 2022 outbreak of meningococcal disease in Florida.

As to the growing threat of monkeypox, the CDC announced Tuesday that it’s activating an Emergency Operations Center to boost resources and “further increase operational support for the response to meet the outbreak’s evolving challenges.”

The disease has been endemic in several Central and West African countries, but it has expanded to 27 states and the District of Columbia, with 306 cases in the United States, according to the CDC’s latest data Tuesday evening. Globally, the monkeypox figures are 4,769 cases in 49 countries, territories and areas. Keep in mind that the CDC is “tracking multiple cases of monkeypox that have been reported in several countries that don’t normally report monkeypox.”

Monkeypox can cause several symptoms, including a characteristic rash that can look like pimples or blisters. The rash can be on the face, inside the mouth, and on other parts of the body, according to the CDC.

The Phoenix asked the state health department several times to get information about meningococcal disease and 12 deaths related to the outbreak.

Jeremy Redfern, the press secretary at the state health department, did not respond for days. Finally, the department arranged for a virtual media briefing last Friday.

Ulyee Choe, the director of the Florida Department of Health in Pinellas County, spoke at the briefing. Choe confirmed the 12 deaths but did not provide information about those fatalities. The state health department did not post a news release on the 12 deaths.

In addition, 44 cases of meningococcal disease were confirmed in 16 counties.

“More than half these cases come from those that identify themselves as gay, bisexual and men who have sex with men,” Choe said.

“But anyone who has had close contact with an infected person is also susceptible,” he said.

As of Tuesday, data from the state health department show that Orange County, in the Central Florida area, has the largest number of cases (13), followed by Polk and Lee counties reporting four cases each of the meningococcal disease.

“We’ve already seen in Florida about twice of the cases that would have occurred with the disease,” said Julie Swann, a public health researcher and professor at NC State University, in a phone conversation Monday with the Phoenix.

“I do think that health departments — federal, state and local — do need to be raising awareness of the meningococcal disease.”

She added: “Often local departments are involved. You might have specific providers involved. Meningococcal could impact people who are young and healthy. I think it is important that we make sure people are aware that this is going on and able to get preventive treatments. It’s a scary world right now.”

“The meningococcal outbreak in Florida requires all hands-on deck, not just in doing research on where transmission rates are highest, but in public service announcements that specifically outreaches to directly impacted communities to get vaccinated. Unfortunately for years now, the State of Florida has been perpetuating homophobic and transphobic rhetoric and policies that makes it even more difficult for the state to effectively communicate to impacted groups.”

While the state health agency didn’t post a news release, Pinellas County alerted residents on June 15, through its own news release, saying, “while dangerous, this illness can be prevented and treated” by getting vaccinated for protection against the meningococcal disease.

Choe, from Pinellas, said that the state health department is focused on preventive measures, such as recommending certain groups to consider getting vaccinated against meningococcal. And the CDC is also pushing the vaccine in Florida.

“With this current outbreak we do recommend vaccines,” Choe said. “Vaccines are recommended for those who identify themselves as men who have sex with men, the LGBTQ+ community, immunocompromised individuals, people living with HIV.”

Vaccines are provided “at no cost at any of our health departments throughout the state for those in the high-risk group,” Choe said.

State Rep. Carlos Guillermo Smith, of Orlando, said in a separate tweet last week: “The @CDCgov is recommending gay/bi men in FL get the vaccine. Most of these cases are right here in Orange County! You can get the vaccine by contacting your doctor’s office, pharmacy, community health center or local health department. Do your part.”

As for monkeypox, the state health department posted just one news release, on May 22, about a monkeypox case in Broward County, which was presumptive positive at the time.

Since then, the number has risen to 27 cases, in eight counties.

Choe, of Pinellas, said: “Monkeypox is endemic or has caused regular infections in certain countries in Western and Central Africa. But around mid-May, they have seen those outbreaks outside of that endemic region.”

There have been no reported deaths in the U.S.,” Choe said.

The World Health Organization has confirmed one death of monkeypox, in Nigeria.

Over the weekend, WHO concluded that the current monkeypox outbreak doesn’t constitute a public health emergency.

“The nature of the spread is a little different than patterns we’ve seen in the past,” said Swann, of NC State.

“I think of the WHO declaration (not to declare a PHE) as being a signal to wake up and devote their time and attention, and devote more resources,” she said.

“I think the WHO so far has said we are paying attention and watching but we are not going to make that declaration yet. I agree that monkeypox is a concern and it does need resources — not just vaccines but testing. I think there’s a lot of undiagnosed disease,” Swann said.