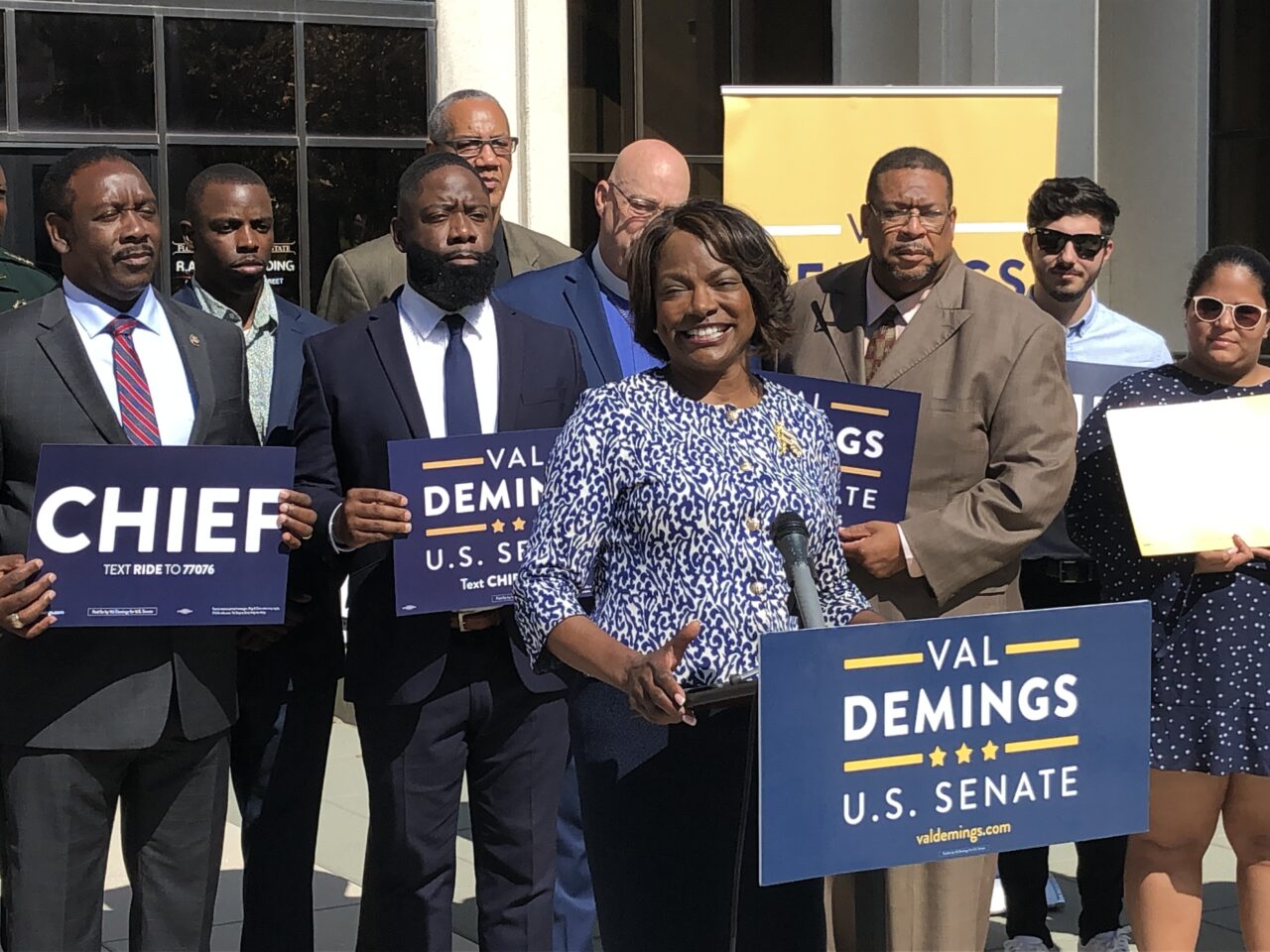 It’s not easy these days to be a Democrat running for a statewide office in Florida. They face two opponents in every race — the Republican candidate and President Joe Biden.

Hard to say which one is a bigger obstacle.

Republicans blame Biden for, well, everything. They say it’s his fault that food, gas and housing all cost too much, and the President’s dwindling approval rating — especially in Florida — drags Democrats down with him.

A Democrat needs a bit of good fortune and a flawless campaign even to have a reasonable chance here. Which brings us to Val Demings, who is trying to unseat Marco Rubio in the U.S. Senate. She was probably the Dems’ biggest hope heading into this election season, but she doesn’t seem to have much traction.

FiveThirtyEight.com gives Rubio a 94% chance of winning re-election. It projects him with nearly 65% of the vote.

What has Demings done to show that polling is wrong?

She has a TV ad that touts her extensive experience as a police officer. She spent four years as Orlando’s Police Chief, and in the spot, she promised to be a “cop on the beat” in the U.S. Senate.

The ad has run for several weeks, and I think it’s lousy for two reasons.

First, she’s campaigning for a Senate seat, and that ad doesn’t address a single major issue that would resonate with Floridians. It’s a stretch to see how her experience in law enforcement correlates with the role of a Senator.

Besides, Rubio has endorsements from the Florida Police Benevolent Association and the Florida Fraternal Order of Police.

I agree with her statement in the ad that defunding the police is “just crazy.” It’s also true, though, that it could remind voters that the fringe element in her Democratic party proposed doing that.

Additionally, the “I’m a cop” theme risks turning off younger voters and minorities, many of whom have deep reservations about the police. She desperately needs both those groups to have any chance of sending Rubio home, but it’s not certain they’ll be there for her.

Maybe she’s trying to look tough, but there are better ways to do that.

She could — and should — hammer Rubio on his deep attachment to the National Rifle Association. A survey in February showed Rubio received $3.3 million in NRA donations, sixth-most among U.S. Senators.

Maybe she’ll get around to it, but it’s never too early to plant that seed, and she’s already missed a window to do that.

Remember how Rick Scott tagged Bill Nelson with the “out of touch” and “career politician” labels very early in their 2018 campaign for the U.S. Senate? The depiction stuck to Nelson like tar paper until the election, which he narrowly lost.

Back in this decade, Demings faces an additional hurdle in Gov. Ron DeSantis. He is massively popular — FiveThirtyEight gives him a 95% of beating Charlie Crist. DeSantis will push hard too, because anything less than a blowout victory could lead to questions about his 2024 presidential chances.

So, it follows that DeSantis will stress voter turnout, and his adoring Republican base will no doubt answer the call.

Those folks won’t vote for Demings.

Even worse, discouraged Democratic voters might sit this one out. Cleaning their dryer vents on Election Day could be a better option than casting a ballot.

Yeah, it’s not a pretty picture for Florida Democrats at the moment. Demings was supposed to be the one who could lift her fellow Dems through a strong, focused and spirited campaign.

I suppose it could still happen because anything goes in politics. However, this late in the campaign and with so little happening up to this point, that’s not a lot to hold on to.