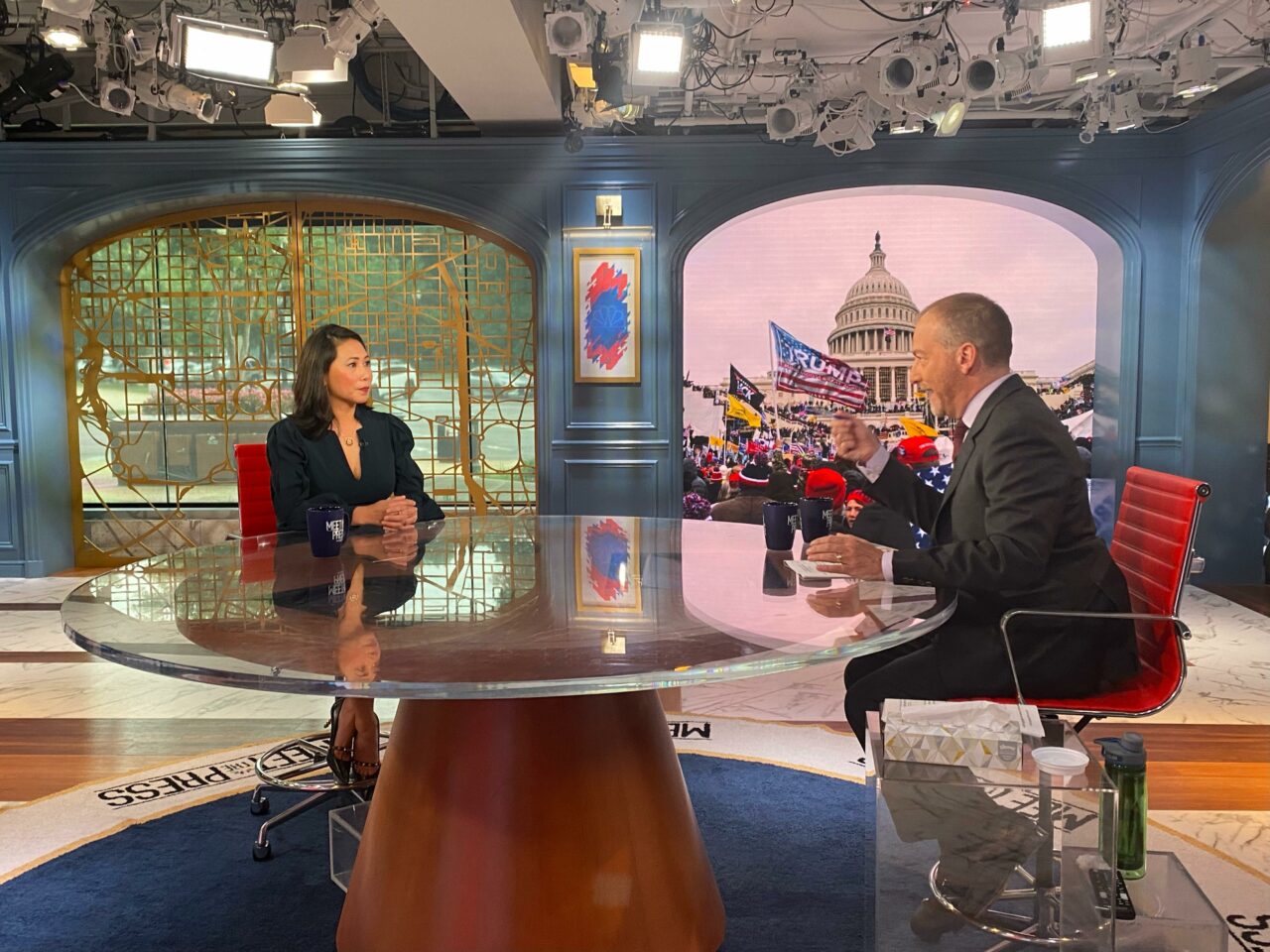 The next public hearing takes place on Tuesday.

U.S. Rep. Stephanie Murphy says an upcoming congressional hearing will focus on violent groups and other members of Congress who aimed to subvert democracy on Jan. 6, 2021.

“I think all of that is pretty public,” Murphy said. “They were quite public about their efforts to amplify the President’s call to use Jan. 6 as a last stand in this effort to remain as President.”

Murphy, a member of the Jan. 6 Committee, spoke to NBC News’ Meet the Press about what topics may arise in the next public hearing on Tuesday.

Like much of the committee’s work over the past year, there will be attention focused on President Donald Trump’s desire to overturn the certified results of the 2020 presidential election, in which Democrat Joe Biden defeated him.

“The focus on this next hearing will be on the domestic violent extremists, as well as members of Congress — people that the President called in to assist him in this pressure campaign,” Murphy said.

“And this pressure campaign is a follow on to the previous hearings where we talked about how the President pressured the Vice President, pressured the Department of Justice, pressured state election officials to just call the race in his favor.”

MTP host Chuck Todd pressed Murphy on whether they had testimony suggesting an absolute understanding that Trump wanted groups like the Oath Keepers to potentially break the law if it resulted in Trump remaining President. Murphy said she would let testimony later this week tell the story, but a series of incidents can be directly tied together.

“We will lay out a body of evidence that we have that talks about how the President’s tweets on the wee hours of Dec. 19 of ‘Be there, Be wild’ was a siren call to these folks,” Murphy said, referencing a tweet where Trump alleged it was statistically impossible he lost the election.

That will include elected representatives who consistently maintained the results of the election were not valid. That likely includes U.S. Rep. Matt Gaetz, who has already come under fire in prior hearings for prior remains. Those included a Turning Point USA speech, where Gaetz stated: “Democracy is left undefended if we accept the result of a stolen election without fighting with every bit of vigor we can muster.”

Murphy did not indicate which congressional colleagues would come under a microscope.

She did discuss a recent closed-door interview with Pat Cipollone, former White House counsel at the time of Jan. 6. Murphy said the attorney informed committee members he had advised against many actions Trump took in the buildup to Congress certifying Biden’s victory.

Murphy would not say Cipollone had confirmed many of the more colorful details of prior testimony, including from Cassidy Hutchinson about the President wanting to march with protesters into the Capitol or that he was advised that could result in criminal charges. But she said Cipollone did testify he advised against many of Trump’s moves.

“He made very clear that he took the side as many of the folks before the committee and was asserting that there wasn’t enough evidence to prove the election was not being fair,” Murphy said.

previousWinner and Loser of the Week in Florida politics — Week of 7.3.22