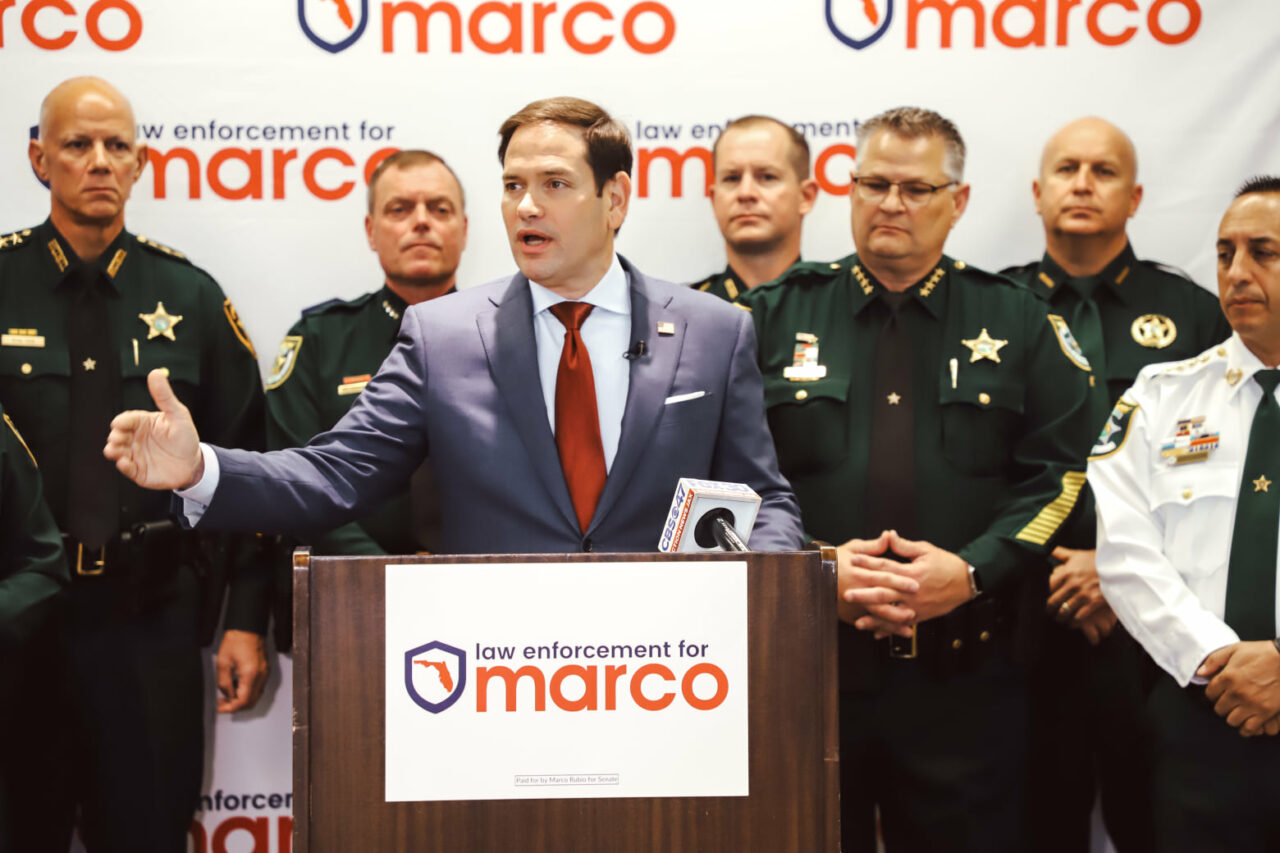 Sheriffs supporting Rubio go after the former Police Chief where it hurts.

U.S. Sen. Marco Rubio launched his first campaign ad of the cycle. In it, the incumbent Republican enlists law enforcement to undermine a piece of Democratic opponent Val Demings’ resume.

A series of uniformed police leaders, including Sheriffs and union heads, appear in the ad to drag Demings’ voting record in the U.S. House.

It’s a blunt charge leveled against Demings, who previously served as Orlando’s Police Chief and amplified her experience in uniform in her own campaign ads.

“Val Demings went to Washington and abandoned the men and women who serve in law enforcement, calling Defunding the Police ‘thoughtful’ and violent riots ‘a beautiful sight,’” said Rubio spokesperson Elizabeth Gregory. “In voting with (House Speaker) Nancy Pelosi and for (President Joe) Biden’s disastrous agenda 100% of the time, Demings proved she cares more about following the lead of Democrats in Washington than she does fighting for Floridians’ interests.”

For Demings’ part, she released a response dismissing the “desperate” ad.

“I spent 27 years protecting and serving Florida, fighting to make sure we are all safer. Not one day has gone by since becoming a law enforcement officer that I do not think about the men and women who continue to do this tough job and I will continue to work to make sure they have the resources they need to survive and keep communities safe,” Demings said.

“Rubio spent decades climbing the political ladder to serve his own self interest at the expense of Florida. But this is what politicians do: when they have to go up against a solid record of public service, they resort to smearing others and try to offer alternative facts. I was the police and Marco knows it. He should be ashamed of himself but I guess fear has no shame.”

An image of Rubio surrounded by Sheriffs opens the ad, but he leaves it to the men in uniform to brutalize Demings’ votes in Washington and her statements about law enforcement during Black Lives Matter protests in 2020.

He later cites an interview where Demings characterized protests in Berkeley, California, as “a beautiful sight,” despite those turning violent, a matter right-wing media outlets hammered her on last year.

“Maybe she used to be a cop,” Woods said near the ads close. But Smith returns with a parting shot. “In Washington,” he said, “Val Demings is just another radical rubber stamp.”

Images of police protests that turned violent around the country interspace testimonials in the 30-second interview.