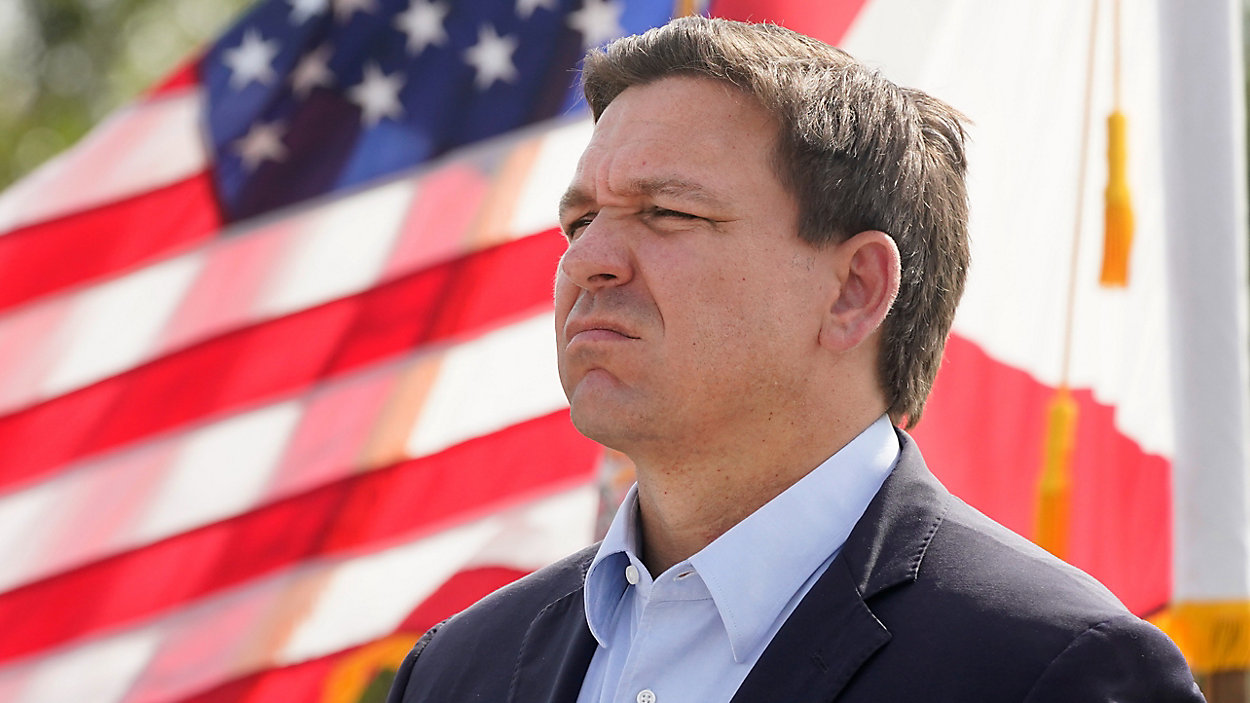 Even in a Democratic-leaning poll, DeSantis shows real strength.

Polling continues to pour in showing Gov. Ron DeSantis would have a real shot at the presidency if he launches a campaign.

Though DeSantis has consistently said he’s not eyeing a run for the White House, a survey conducted by Echelon Insights from July 15 through 18 suggests that whether Democrats nominated President Joe Biden or Vice President Kamala Harris in 2024, DeSantis would be at least competitive.

In what was a D+5 poll surveying 42% Democrats, 37% Republicans and the remainder otherwise unaffiliated, Biden holds a 4-point lead over DeSantis among likely voters, with 45% support compared to 41% for DeSantis. Among registered voters, Biden leads 45% to 39%.

The margin of error in this survey was +/- 3.4 percentage points.

DeSantis does perform especially well against Biden with one subgroup. Fifty-three percent of respondents making over $125,000 a year prefer him over the President.

DeSantis takes 6% of Democrats polled against Biden, who takes just 5% of Republicans in this survey.

Against Harris, DeSantis fares even better. The Vice President took 43% of likely voters, 1 point above DeSantis. She had a 3-point lead with registered voters.

DeSantis drew 7% of Democrats polled against Harris, while she commanded just 4% support among Republicans. Independent voters preferred DeSantis against Harris by a strong 41% to 32%.

The Echelon Insights survey shows former President Donald Trump still commands strong support for another run for the White House, with 47% of respondents saying he definitely should run and another 11% saying he probably should. While a Trump launch is rumored to be imminent, this poll yet again shows DeSantis dominant against other Republican hopefuls in a Trump-free 2024 field.

A full 45% of likely 2024 GOP Primary voters like DeSantis. To put that number in perspective, the next 13 candidates combined for just 42% support, with “unsure” pulling the rest.

DeSantis has majority support with some key demographics, including voters who identify as male: 52% of men chose DeSantis over the rest of the field. Additionally, 51% of college graduates liked DeSantis in this survey.

Though Echelon Insights didn’t match Trump and DeSantis in this survey, at least one of their previous polls showed the Governor strong against Trump. Meanwhile, various single-state polls have shown competitive head-to-head matchups in Michigan and New Hampshire.

Florida polling is starting to show DeSantis over Trump in certain contexts. A new survey from Naples-based Victory Insights shows DeSantis ahead 61% to 39% when respondents leaning toward one candidate or another are forced to choose. A survey released last week by Blueprint Polling shows DeSantis is the choice of 51% when voters who lean one way or another are considered, with a 12-point lead over Trump, who sits at 39%.