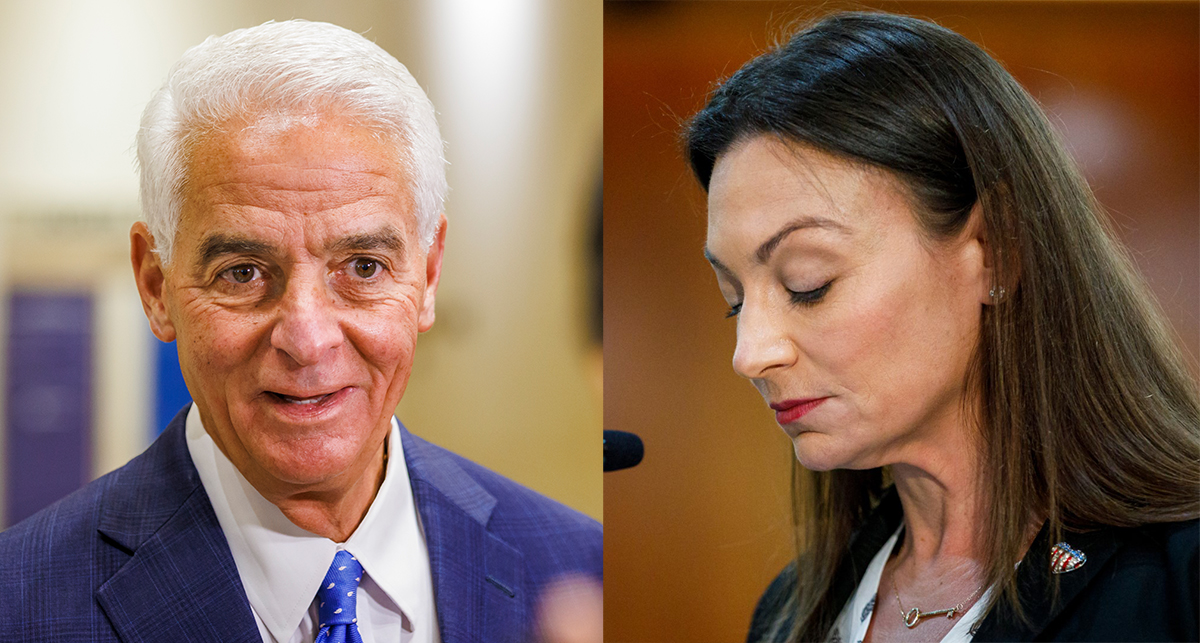 The underdog Democratic challenger made her points against Charlie Crist, but were enough people paying attention?

Nikki Fried brought her “A” game to the first (and last) debate Democratic gubernatorial debate with Charlie Crist.

Fried was all over him about his record as the same old, same old, even now that Crist is a Democrat. She attacked Crist’s record as a Republican Governor. Fried was forceful, persuasive, but, well … I don’t believe she landed the big shots.

It was her big chance, and Fried fought to make the most of it, but she had a few things working against her.

First, we’ll need to see the numbers, but I’m betting more TV viewers in Florida tuned into “Wheel of Fortune” in the 7 p.m. hour than the debate. Fried’s chance to make a big splash probably evaporated in the decision of local programmers, such as the NBC affiliate in Tampa, choosing to shift the debate to a “sister satellite” little followed TV station.

For those who did watch, what did Fried say?

It’s a given that Fried, the lone statewide elected Democrat, has fought an uphill battle against the monolith that is Gov. Ron DeSantis. But can she beat him in November, assuming he wins the Democratic Primary next month?

Well, the odds are heavily against any Democrat against what appears to be the DeSantis juggernaut. Does Crist fare any better? Fried argued that voters should take a chance on her.

Crist attacked Fried for “losing this campaign, and it’s time for desperation.”

Fried’s response: “We have to try something new.”

I don’t think Fried’s points are all that desperate at all. It’s what she has been saying all along. DeSantis is a divider who appeals by attacking those who disagree with him. The Governor froze Fried out of her Cabinet-level roles, mostly because she dared disagree with him.

She was frustrated and fought back, but I’m not sure how many people were paying attention.

The Democratic Primary Election is a month from now. People will soon receive mail ballots, and the polls suggest Crist will receive more of them, a darkened-in circle by his name.

The winner, probably Crist, will be left to face the DeSantis Death Star.

“We both want to unseat Gov. DeSantis,” he said, “If we’re both going to be able to do that, we have to work together and stop tearing down your fellow Democrats and do what’s right to win in November.”

Fried did not respond.

previousUCF researchers secure $4.5M in funding to prepare for next health crisis