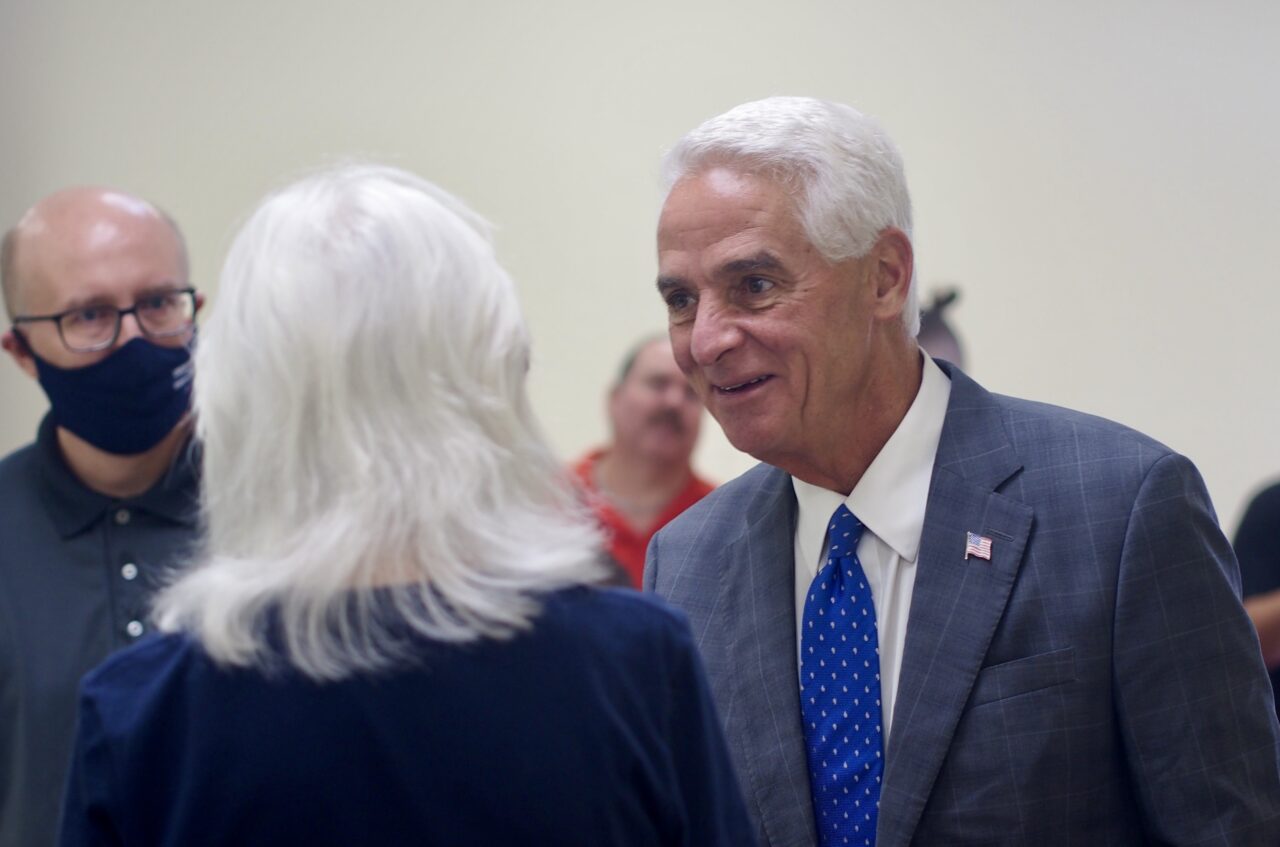 He is battling it out with Nikki Fried for the right to face Gov. Ron DeSantis.

​​A trio of politicians who have been outspoken critics of the current Republican administration is endorsing Democrat Charlie Crist for Governor, the campaign announced Friday.

Democratic Miami Sen. Jason Pizzo, whose name had been floated as a potential gubernatorial candidate, is endorsing the former Republican Governor. So is Brevard School Board Member Jennifer Jenkins, who became a target of Republican Rep. Randy Fine and the right-leaning group Moms for Liberty. Democratic Rep. Kevin Chambliss, who has written attacks on Gov. Ron DeSantis’ immigration policies as “callous politics,” is also getting on board with Team Crist.

Crist called his endorsers “incredible public servants.” whose support he was grateful to receive.

“Florida deserves a Governor who will work for the people, not for themselves. A governor who will always have your back and will fight for you every single day,” said Crist’s statement in his news release.

Crist is in a contest with the only Democrat currently holding statewide office, Agriculture Commissioner Nikki Fried. The Aug. 23 Primary will determine which of them has the right to face DeSantis in the General Election.

The support comes on the day Crist received his first endorsement from a major Florida newspaper. The Sun-Sentinel cited his lengthy resume and performance in Thursday night’s debate.

Pizzo said he believes that Crist is the unifier the state needs in the multiple crises happening now.

“Florida families are suffering from a lack of affordable housing, a failed insurance market, and disregard for the neighborhoods ripped apart from gun violence,” Pizzo said in a prepared statement. “I’ve been on the front lines during the pandemic, and thousands of my constituents were stranded waiting for unemployment and housing assistance — it’s time we had a governor who actually cares.”

Unopposed in his re-election bid, Pizzo pledged $500,000 of his campaign kitty to support fellow Democrats’ campaigns and campaigned against one of his fellow Miami Democratic delegation members for votes that crossed party lines. But he says he has no qualms about Crist’s past public service as a Republican that earned him the nickname “Chain Gang Charlie.”

“For me, the evolution of one’s character and ideals, especially someone who has long been in public service, demonstrates the unique ability to adapt for the benefit of those most in need,” Pizzo wrote in a text. “I recall and appreciate how Obama went through his own enlightenment and was a better leader for it.”

Jenkins, who has faced protests at her home for her votes on COVID-19 masking policies as she’s served on the nonpartisan School Board, cited Crist’s record on education in her endorsement.

“By preserving instructional autonomy, providing competitive compensation, and significantly increasing funding for special programs, Charlie Crist will ensure all of our children have a classroom with a qualified teacher, equipped with resources, at the forefront,” Jenkins said, alluding to the fights over instruction that roiled the last Legislative Session. “I’m proud to endorse Charlie to be the next Governor of Florida.”

“Florida is facing an affordability crisis with skyrocketing costs of living as well as a gun violence epidemic, but Gov. DeSantis continues to do next to nothing,” Chambliss said. “It’s unacceptable. Charlie genuinely cares for Floridians and will always work to alleviate their burdens, not ignore them. I’m proud to stand by his side in this fight.”