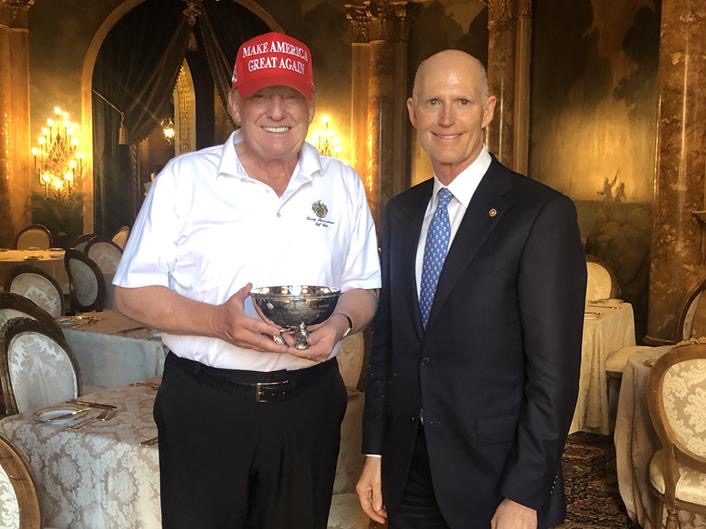 "There are lots of people that I know who are looking to run for President."

U.S. Sen. Rick Scott punted Wednesday when asked about whether former President Donald Trump should launch his 2024 presidential campaign before the Midterm elections.

Scott, who helms the National Republican Senatorial Committee, suggested that whatever happens, 2024 will be a crowded field.

“There are lots of people that I know who are looking to run for President,” Scott said. “They’re going to all make a decision when they want to run. If President Trump or anybody else wants to announce, they’ll do that.”

Scott made the comments Wednesday during a CNN interview with Erin Burnett. They accord with recent comments he has made on the subject of the impending Trump candidacy and the crowded 2024 field.

On a Mississippi radio show last week, Scott was asked about a potential showdown in the Primary between political ally Trump and his successor as Governor, Ron DeSantis.

Shortly after Trump went down in defeat to Biden in 2020, Scott expressed enthusiasm about a 2024 campaign, meanwhile, saying just weeks after the election that “it’s great if he wants to run in ’24.”

Whatever Trump decides to do, Scott continues to say he’s not running for President, but for another term in the Senate in 2024.

“I’m planning on running for the Senate,” he told Fox News in May.

previousJoe Henderson: Larry Arnn has Gov. DeSantis' ear, and that should scare everyone