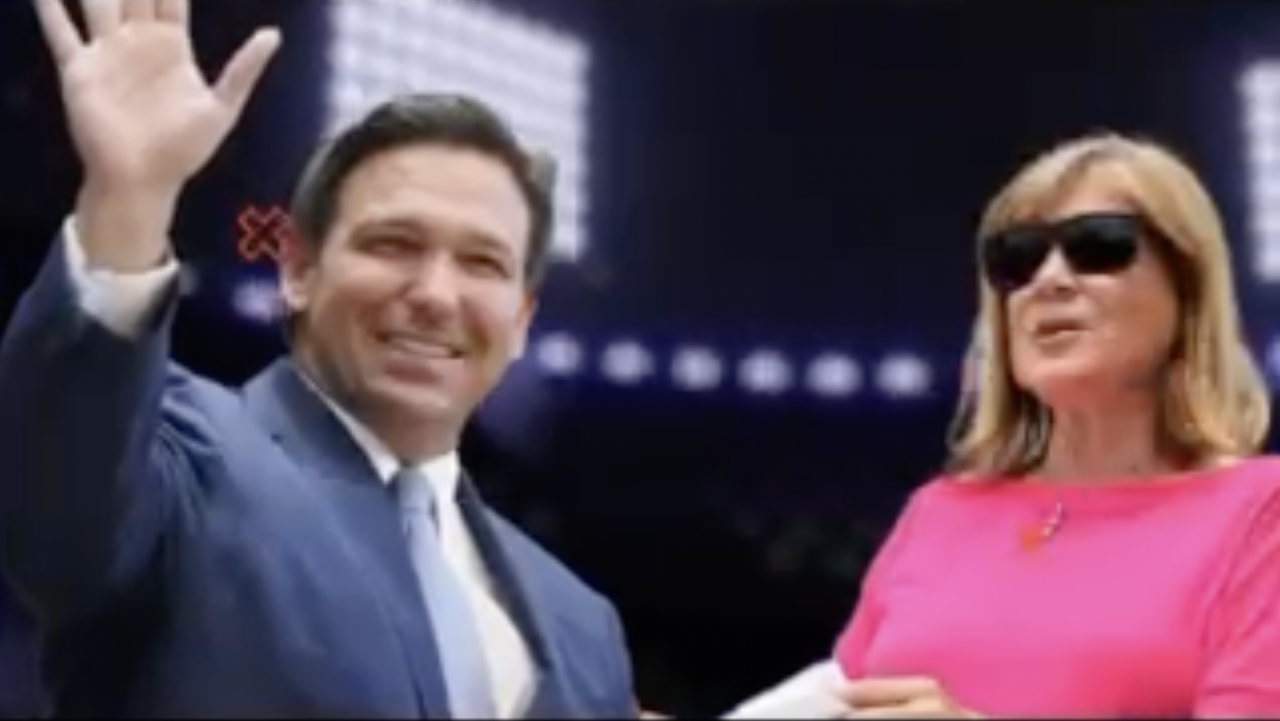 The ad intercuts images of the Republican Governor against the Republican County Commissioner and cites parts of their record that play well or poorly respectively among the GOP base.

Republican Jason Bearden, who is challenging Whitmore for her at-large District 6 seat, bought TV airtime in the Bradenton area. The messaging comes as the campaign grows increasingly negative.

The advertisement presents the race not as a GOP incumbent facing a challenger but as a proxy fight between the conservative Governor and a Republican official with values outside the conservative stream— “It’s Governor Ron DeSantis versus liberal Carol Whitmore.”

At one point, it shows DeSantis in sunglasses cut against a photo of Democratic President Joe Biden in a facemask.

That references consideration of community lockdowns during the early days of the COVID-19 pandemic.

The ad also accuses Whitmore of voting to “defund police,” then states she has taken development money from donors whose projects she then “rubber-stamped.”

“There is nothing Carol Whitmore has in common with Republicans or Ron DeSantis,” the ad states.

The ad in one sense serves as a sign DeSantis’ conservative persona looms over every race in Florida. The countywide election comes as Whitmore finds herself frequently voting in a political minority.

It also shows how fractious the race has become. The State Attorney’s Office is investigating a complaint from Bearden that Whitmore pulled his signs from properties and turned them into the police station; Whitmore maintains the signs were placed illegally on properties without the owner’s permission.

She dismissed the ad, which had already started to air. She suggested it was Bearden whose fiscal policy hewed too far from Republican principals.

“I haven’t seen the ad but anything to distract from his pro-Biden, pro-inflation agenda wouldn’t surprise me,” Whitmore said. “The people of Manatee County do not want their tax dollars invested in a currency that just crashed and that’s exactly what Biden’s Bearden will do.”

The Republican primary will be decided on Aug. 23.

To watch the ad, click on the image below