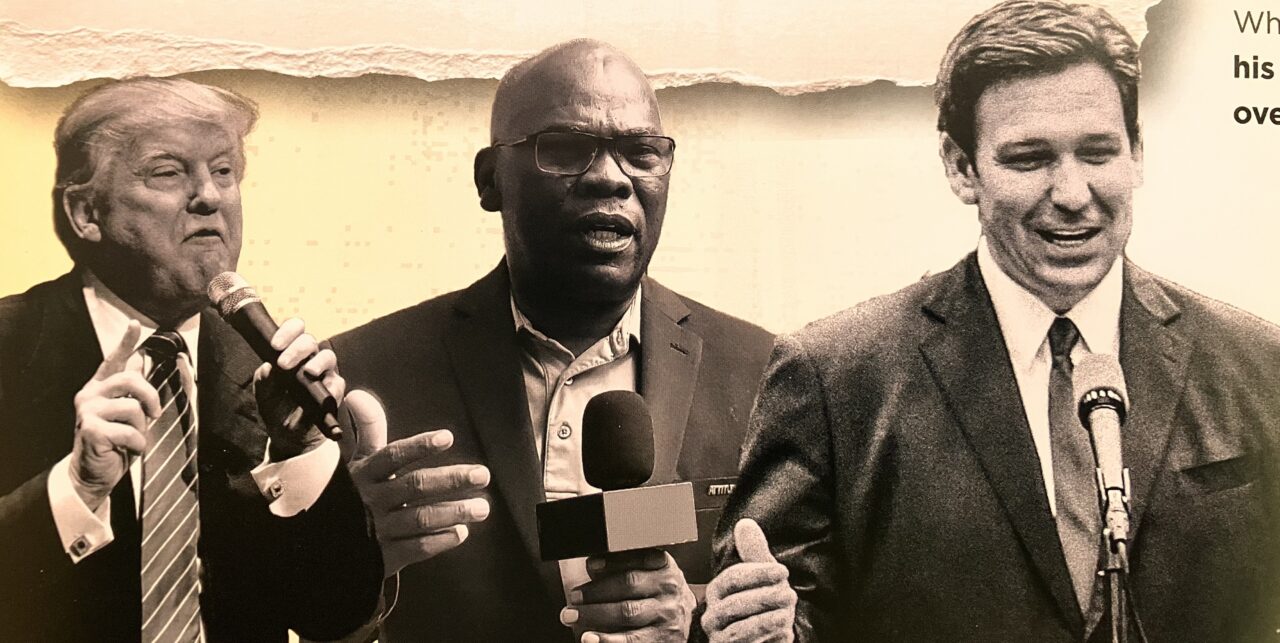 The Democratic Primary in Senate District 5 continues to heat up, with one candidate’s Democratic bona fides under attack.

The committee mailer contends Gaffney is “basically a Republican,” little more than a frontman for GOP interests, saying that “Trump Republicans” who have worked to “gut voting rights and abortion rights” have poured in $380,000 to his campaign.

“Hardcore Republicans have raised a record amount of money for Gaffney, and made it clear that they consider Reggie a Republican,” the text asserts.

The mail piece goes back into relatively ancient history, denoting a scandal that haunted Gaffney during his 2015 campaign for City Council. His Community Rehabilitation Center overbilled Medicaid by nearly $1.4 million in 2013, as the Florida Times-Union reported at the time.

The Davis committee mail landed just days after Gaffney’s own political committee questioned her bona fides as a Democrat, spotlighting an affirmative vote on a budget when Rick Scott was Governor.

The claim is Davis “voted to cut $550 million from the state budget” when she cast a yes vote for the Rick Scott budget imposing those cuts.

That budget included appropriations projects benefiting local communities, including the J.P. Small baseball park, an appropriation Davis advanced. Davis got a “bad for Floridians” rating from one progressive group for voting for the budget, receiving an overall “B.”

Gaffney has been backing this up with television since July 21, with a voice-over saying, “nobody knows” why she cast a vote and didn’t care that the cuts were “devastating.” That ad closes with a call to “thank Gaffney for standing up for seniors,” calling him the “real Democrat.” Thus far, over $4,600 has been spent on that buy.

Both candidates still have money to spend as the campaign goes negative down the stretch. Gaffney has nearly $175,000 between his campaign account and his political committee, while Davis has roughly $185,000 left to deploy, per the most recent accounting from the Florida Division of Elections. 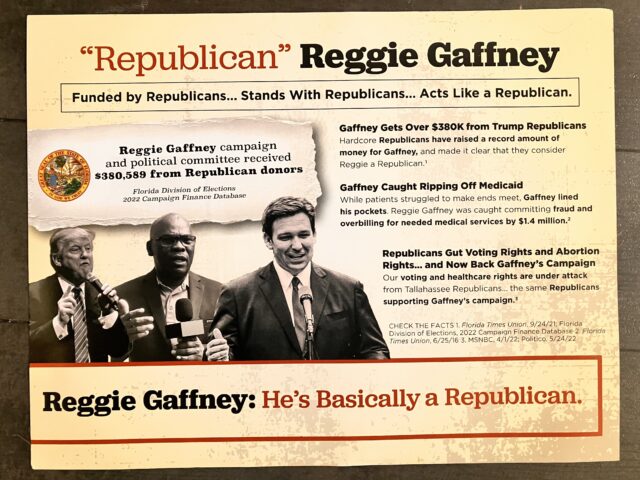