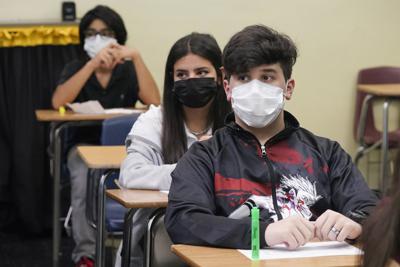 The approval came with a few conditions.

After hours of public comments and deliberation among its nine members, the Miami-Dade County School Board again reversed its decision over a sexual health education textbook to allow its use in the coming school year.

Hantman explained she changed her mind after learning the district would be out of compliance with state statutes, which require schools to provide “comprehensive, age-appropriate and developmentally appropriate K-12 instruction” on a variety of health subjects, including the benefits of abstinence and consequences of teen pregnancy.

“We could be penalized by the state,” she said.

An overwhelming portion of the attending public spoke in favor of adopting the textbook. Some argued students would be more susceptible to sexually transmitted diseases, sexual assault and pregnancy without access to reliable information.

Opponents contended some subjects the textbook covers concerning gender identity, sexual orientation and abortion are inappropriate and out of line with legislation Gov. Ron DeSantis signed in March limiting classroom instruction on sex and gender.

Navarro was by far the most vocal in trying to block the vote, which required the School Board to rescind its decision last week.

“The process cannot be reversed,” she said — a position she refused to move from even after School Board Attorney Walter Harvey confirmed such action was possible. Following the vote, she berated Harvey, whom she accused of giving conflicting advice.

She then left the meeting and did not return.

The remaining School Board members then unanimously approved a short list of conditions by which the textbook can be taught this year. They agreed to:

— Remove from digital versions of the textbook all materials not age- or developmentally appropriate.

— Establish a “robust” outreach plan informing parents of their ability to opt their children out of related instruction in compliance with the Parents’ Bill of Rights, with notifications to begin at the onset of the school year and continue throughout it.

— Require all changes to the textbook and related lesson plans to be completed at least 60 days before classroom instruction on the materials begins.

Rojas, who along with Hantman proffered the added conditions, also suggested that the School Board should direct the public school administration to acquire and substitute age-appropriate material for sections deemed in appropriate in the textbook.

After informing her that all supplemental materials require individual School Board approval, Superintendent Jose Dotres assured her that staff would eliminate gaps in lesson plans to avoid any potential conflicts.

“We are committed to making sure we don’t go there,” he said. “Because it’s contrary to what I think the requirement is.”

previousLast Call for 7.28.22 — A prime-time read of what’s going down in Florida politics

nextSunburn — The morning read of what’s hot in Florida politics — 7.29.22