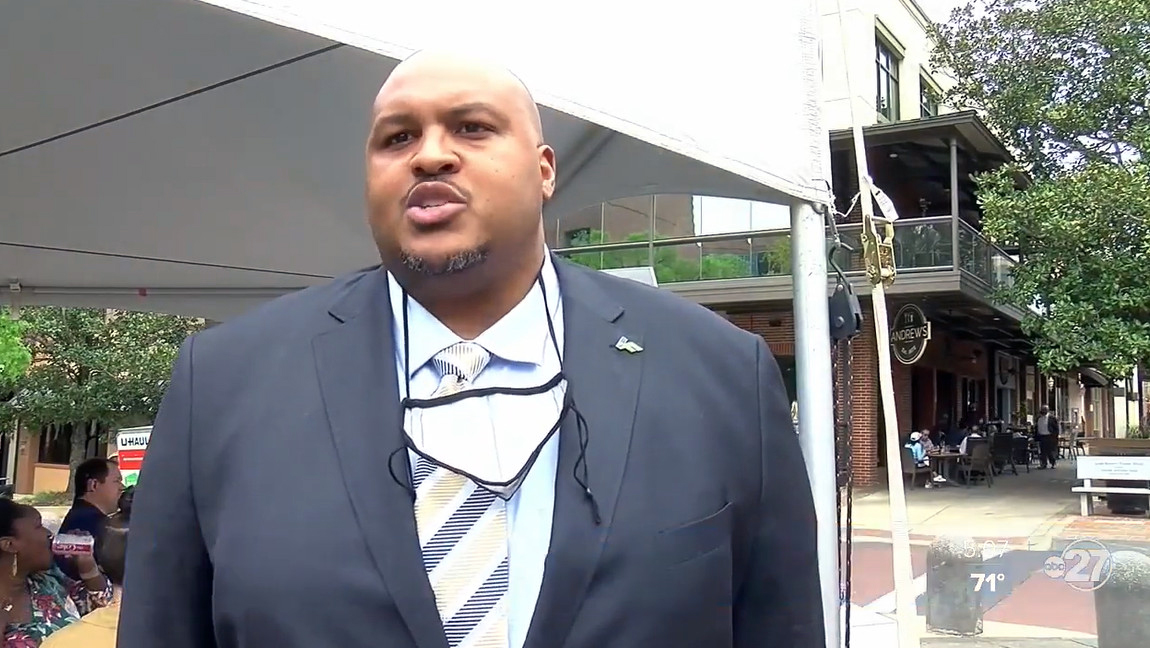 Former Florida State University football player Corey Simon is running to unseat incumbent Democrat Loranne Ausley in Senate District 3, but the Republican nominee makes no mention of her in his new ad. Instead, he talks about his upbringing.

The 30-second spot, called “Before,” begins with images of his FSU and NFL careers.

“Before he won a national championship or wore a Super Bowl ring,” a narrator says, “Corey Simon was raised in a tough neighborhood by a single mom.”

Images of Simon as a child appear along with photos of him with his mother to set up Simon’s pitch to voters.

“I had every chance to make bad choices,” Simon said, “but I might have made them if it weren’t for good people with nothing to gain who bet on me anyway.”

Simon was a defensive tackle for the Seminoles, helping them win a national championship in 2000. He then spent eight years in the National Football League.

He is endorsed by Gov. Ron DeSantis, who appointed him to be CEO of Volunteer Florida in 2020. Outgoing Senate President Wilton Simpson also is endorsing Simon, as is the next Senate President, Kathleen Passidomo.

While Ausley leads in fundraising, SD 3 looks to be more competitive due to redistricting, with an estimated 6-point shift toward Republicans. Ausley won the seat by 7 percentage points in 2020.

If Simon is able to unseat Ausley, he could serve in the Senate until 2032.