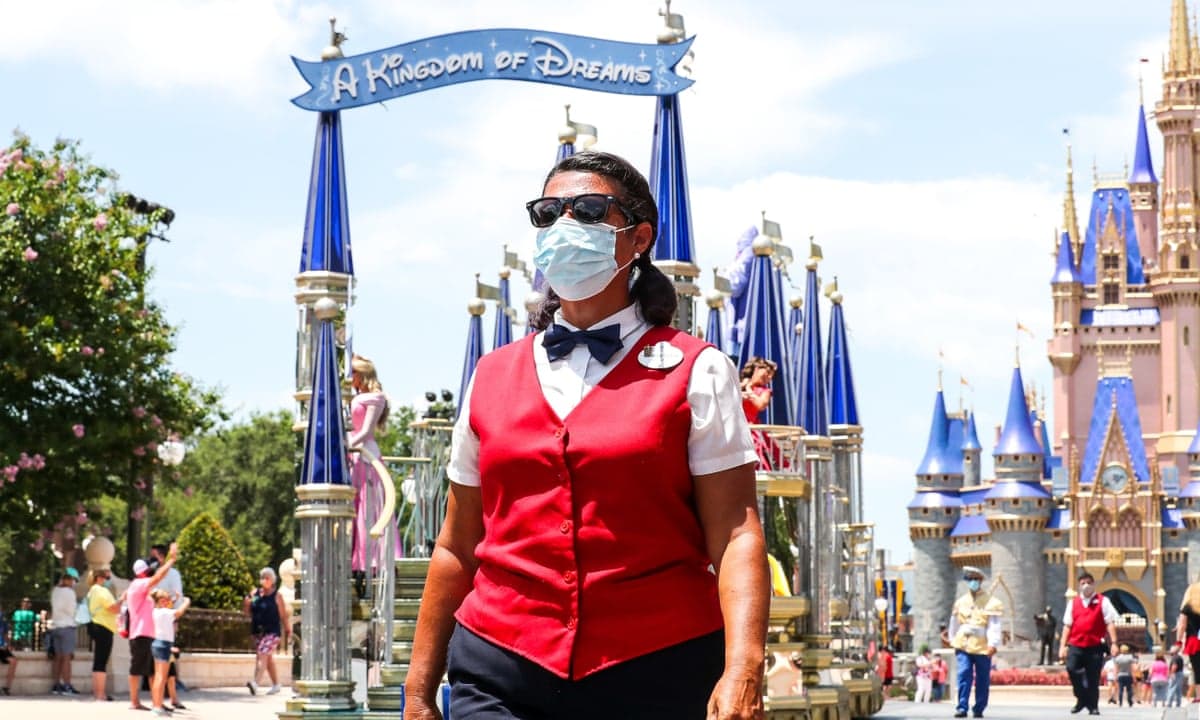 'This is not the American dream that I grew up thinking I was going to be living.'

Working and living in Central Florida means a series of bad choices with no good solutions, one Disney worker said.

“I’m hoping we can get some relief,” said Kadejha Reid, who works at a quick service restaurant in Animal Kingdom and struggles to afford rent, child care and groceries as a single mom. “We need to see some changes.”

Reid and other hospitality workers shared their emotional stories of hardship recently during a roundtable discussion that comes at a pivotal time for Disney union workers who, like many Central Floridians, are grappling with the housing crisis and punishing inflation. This month, the largest Disney union coalition is going to start negotiating a new contract with the company.

“This is not the American dream that I grew up thinking I was going to be living. This is a nightmare,” said one worker, fighting back tears. She is paid $530 a week, she said, which made her rethink having children because she is struggling financially. “I’m not going to have the family I wanted. I’m never going to own a house.”

Unite Here 737 held the event that was attended by Orange County Commissioner Maribel Gomez Cordero, a union-endorsed candidate running for re-election, who said she was there to listen and pledged to help. The local represents about 18,000 hospitality workers at Disney World, the Orange County Convention Center and a few other hotels and restaurants.

Rent was rising, but Reid could not find anything better, so she renewed her lease. Her two-year-old son loves his daycare, but Reid couldn’t afford that expense too, she said.

The single mother applied for food stamps, but she makes too much money to qualify, she said, so Reid takes out credit card debt to cover the shortfalls.

She had grown up in the foster care system and as an adult, all she wanted was stability.

Starting Aug. 24, the Service Trades Council Union — a union coalition of six locals representing about 41,000 Disney workers, including those from Unite Here — is going back to the bargaining table to negotiate a new contract with Disney. The union has not publicly said what issues are its top priorities in negotiations for the next contract.

The last time Disney and the union reached a new contract was in 2018, when they agreed on a series of raises to bring the starting pay from $10 an hour to eventually $15 an hour by October 2021. That agreement took about a year to negotiate and expires Oct. 1 of this year.

But many of the workers speaking at the recent event said the $15 pay isn’t enough.

Victoria Burns, who works at Starbucks in Disney’s Animal Kingdom, said her apartment complex raised her rent from $1,700 to $2,200 — a $500 jump she can’t afford with high gas prices and other rising costs.

She told her apartment complex she was scared she might have to choose between going homeless or paying for gas for her work commute.

“Just deal with it,” was the message she said she got back.

“I don’t know how long I’ll be able to afford the rent,” said Burns who asks for money from her parents. She doesn’t know how long she can count on that privilege, she said. “I’m 26 and it makes me feel like a failure.”

previousJoe Henderson: When nothing else works, just say your opponent is Satan