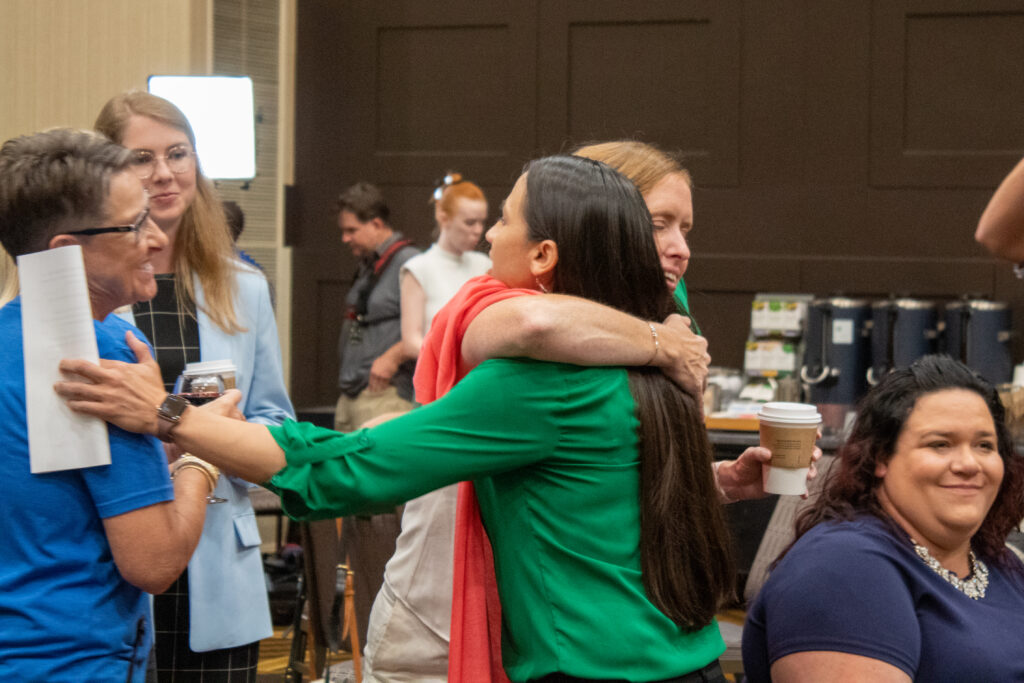 The failure of the anti-abortion amendment in Kansas on Tuesday was more than a single election result.

It was an earthquake.

That quake rumbled across the U.S. political landscape, surprising onlookers who had expected a tight contest or outright victory for anti-choice forces. All of a sudden, the rough political consensus that had formed since the Supreme Court overruled Roe v. Wade crumbled.

No one really cares about “social issues” like abortion with inflation soaring and a sour public mood, right? Nope. Kansans ended up valuing their constitutional rights a great deal.

OK then, but a deep-red state like Kansas would surely pass the deceptively named “Value Them Both” amendment, right? Nope. Instead, the amendment was still down by double digits as of 10:30 p.m.

Fine. But surely state Republicans could craft an incomprehensible ballot question, count on millions of dollars of church funding and choose a sleepy primary day in August for the vote. These professionals could stack the deck to get what they wanted, right? Nope. Instead, an unprecedented wave of voters turned out to decisively protect their rights.

Not just to folks in liberal cities on the East Coast. They matter to Kansans, in tiny towns and sparsely populated counties. They matter to a state that has always been more politically nuanced than cliches suggest.

If you followed the results as they came in Tuesday evening, you could see amendment support flagging in the most conservative areas. You could see gigantic margins grow in more populous regions. Regardless of where you were, more Kansans than anyone imagined turned out to defeat the amendment.

You could see the political winds shift almost immediately. U.S. Rep. Sharice Davids put out a press release after the amendment defeat that was striking in its directness.

“This is a win for Kansans, our families, and our rights. We rejected extremism and chose a path forward that protects all Kansans’ ability to make their own choices, without government interference,” it read.

Just politics — or something more

Too often, we dismiss elections like Tuesday’s as mere beauty pageants. It’s just politics, we say to one another after an especially brutal election. What more can you expect from a system like ours? It doesn’t mean anything.

The anti-abortion amendment was about more than politics, though. This election was about fundamental rights, about what we owe one another, about our shared vision for the state. That’s why the amendment failed.

That’s why the earthquake happened.

It can be difficult to explain such stakes to people — mainly straight, white, male people — who live in a country and state tailored to their needs. These men, who so often serve as legislators and top political minds, can go to a doctor whenever they need one. They don’t have to worry about going hungry or otherwise providing for their families. They see the accumulation of power and wealth as a game.

To them, the abortion amendment was about consolidating political capital. It was about checking boxes for their constituencies. If their wives or daughters or grandchildren needed an abortion, they could always arrange to travel to another state. They could always make an exception for the people they knew.

After all, they would tell you, it’s just politics.

To their credit, Kansans didn’t accept that. The news media stepped up to tell the truth about what pro-amendment forces planned — as Kansas Reflector editor Sherman Smith reported, it was a total ban on the procedure — and the public paid attention.

Folks in this once and future Free State understood the stakes. And they voted accordingly.

In the weeks since Roe was overturned, I’ve been hesitant to make predictions. Journalists love to suggest they know what comes next, and we usually do so by applying some template from the past to a current event. Nothing in the past prepared me, or anyone else, to know what would happen after Roe.

Now, thanks to the voters of Kansas, we have an idea. The earthquake shook the state from top to bottom. Personal rights and freedoms matter. Bodily autonomy matters. Lies and deception from political hacks will be punished.

I still won’t predict the future. But I feel more optimistic about it.