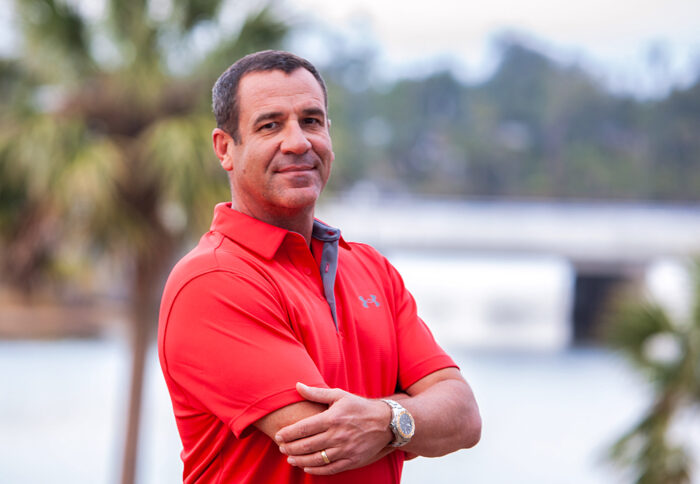 The Republicans are vying for the HD 6 seat left vacant by term-limited Jay Trumbull.

If fundraising is any indicator of who will win the race to replace Jay Trumbull in House District 6, Griff Griffitts would defeat Brian Clowdus by a landslide.

In July, Griffitts hauled in several $1,000 contributions from political committees, including the Committee for Florida Justice Reform, Committee of Florida Agents and the Florida Medical Association.

“Fundraising is the lifeblood of any campaign,” said Brett Doster, a strategic and media consultant for the Griffitts campaign. “But at this point, the ground game is critical. We’ve knocked on about 16,000 doors and have distributed about 3,500 yard signs. The crush of enthusiasm is overwhelming, and we’re looking forward to a good night on the 23rd.”

During the month, he gave over $22,000 to Tallahassee-based Seven Hills Strategy Group LLC for digital media and direct mail.

Clowdus, an Alabama native, moved to the Panhandle area in 2020. He quickly became active in politics, knocking on doors in support of former President Donald Trump.

“We have created the most exciting grassroots campaign in the entire state of Florida and we have rattled the establishment to its core,” Clowdus said. “We have offically knocked on 18,500 doors and will hit 20,000 by the time we hit Election Day.”

He added: “This election will be decided by the people, not the political machine.  I am here to prove that no amount of fundraising or personal connections can beat equity, passion and fighting for the people of Bay County.”

HD 6 covers the southern half of Bay County. The seat is up for grabs with the departure of the term-limited Trumbull, who is running for state Senate. Since there are no Democrats running, the Aug. 23 Primary Election will be a winner-take-all contest.