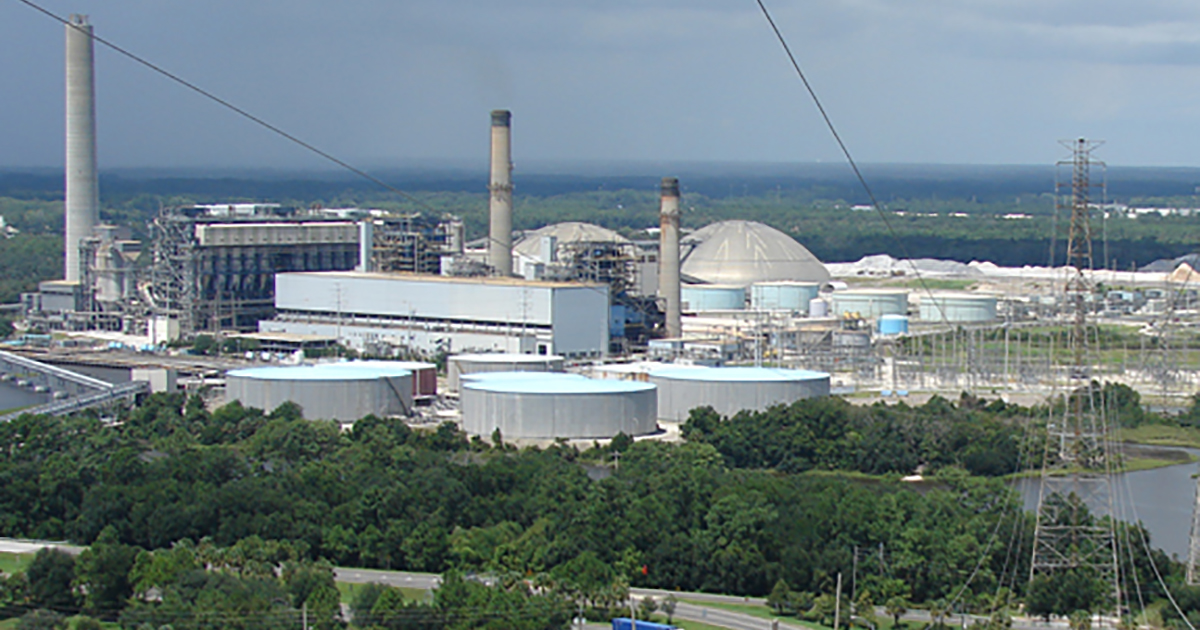 JEA CEO Jay Stowe indicated he is also looking out for the number of people employed at the station.

The pressure is on JEA to do something about the high use of fossil fuels and the utility’s fuel mix in the future, and the Northside Generating Station is once again at the center of the debate.

Advocates brought their concerns and suggestions to the JEA board of directors at their recent meeting.

The organization appreciates JEA’s service and leadership in moving toward a “more-resilient course,” she said.

“In a warmer world, evaporation from the land and ocean adds more moisture to the air, and warmer temperatures allow the air to hold more water vapor,” Rinaman explained.

“This increase in moisture leads to more intense rainfall and hurricanes. As a result, frequent flooding will increase stormwater runoff, pushing more pollution and sewage into our waterways, threatening our health, way of life, and Jacksonville’s economy.”

The utility can act now to invest in strategies, she said, that can mitigate future harm. First among the recommendations made to the board and through the JEA’s Integrated Resource Planning (IRP) committee was to avoid expanding coal use, and the second was to decommission the Northside station by 2030.

The station, according to JEA, “is located in north Jacksonville in an environmentally sensitive area surrounded by wetlands. The plant uses natural gas, fuel oil, coal and petroleum coke in three large steam units and four small diesel-powered peaking units to produce more than 1300 (megawatts) of peak electric capacity.”

The station essentially serves as a gateway to that area of the Timucuan Ecological and Historical Preserve around Fort George Island, the Talbot islands and other islands and marshes along the Heckscher Drive/State Road A1A corridor.

Shutting down the plant would reduce “greenhouse gas emissions, eliminate surface water withdrawals used as once-through cooling water resulting in … discharge into the St. Johns River, and (eliminate) coal handling and coal ash disposal risk to our river and to our community,” Rinaman said.

JEA’s future was also on the mind of Logan Cross, Chairman of the Sierra Club’s Northeast Florida group.

“While there are a number of (local) sources of those greenhouse gas emissions, prominent among those is the Northside Generating Station,” Cross said. “The Northside Generating Station, according to (Environmental Protection Agency) data, in 2020, accounted for 60% of JEA’s greenhouse gas emissions (that year). One plant alone.”

JEA CEO Jay Stowe appreciated those climate change concerns, but indicated he is also looking out for the number of people employed at the station.

“As we discuss things that are complicated, like the IRP, I also want to recognize there’s 250 employees that report to every day at the Northside Generation Plant,” Stowe said. “We need to be able to consider all of the implications with all of our decisions to take care of all the people, the customers we serve, the employees we serve and support.”