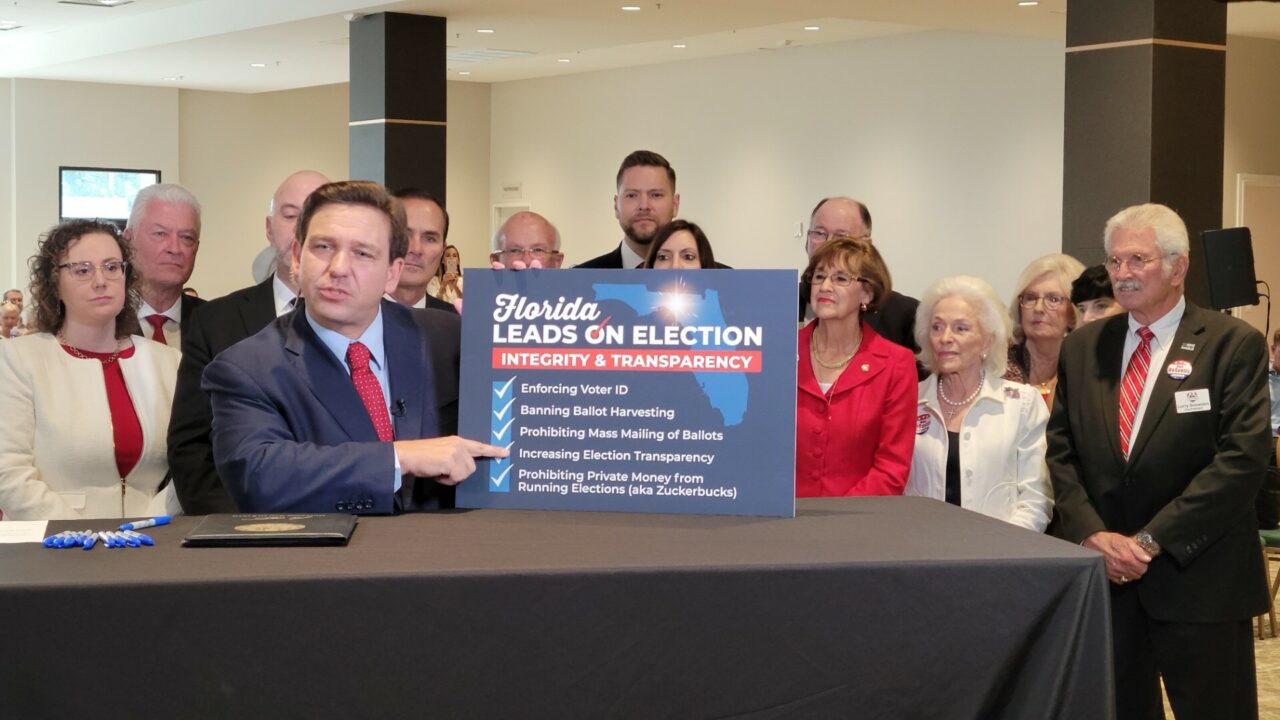 ‘This is the day we begin taking fraud seriously.’

The announcement comes just days ahead of Florida’s Primary Election on Tuesday. The General Election will take place Nov. 8.

The suspects are felons who had previously been convicted of murder or sexual assault and had their right to vote removed, DeSantis told reporters in Broward County, a battleground in years of the state’s fight over election integrity.

“They did not get their rights restored and yet they went ahead and voted anyway,” DeSantis said. “That is against the law, and now they’re going to pay the price for it, so they will be charged. They are being charged and arrested today with election fraud.”

The charge is a third-degree felony that carries a possible $5,000 fine and up to five years in prison.

More investigations are underway, DeSantis added, and he expects to see more prosecutions. Florida also has evidence that non-citizens in the country illegally also are voting, he continued.

DeSantis proposed the election fraud investigation office in November as an agency to specialize in complicated election law. The Legislature provided 15 positions and $1.1 million for the office, which they established as part of the latest election law overhaul (SB 524) signed by DeSantis in April.

The law was the latest in a series of election integrity measures the Legislature has passed in recent years. One measure reined in the state’s election drop box measures after initially permitting them in 2019.

“All the things that we’ve legislated, that is live and those are real protections for voter integrity. That means no ballot harvesting in the state of Florida,” DeSantis said. “That is going to be our priority of this office to make sure that it’s one person, one vote.”

Joining DeSantis for the announcement was Secretary of State Cord Byrd, whose department oversees the Election Crimes and Security Office.

Democrats have criticized DeSantis for selecting Byrd, who as a lawmaker voted in favor of a law placing additional restrictions on mail-in ballots and drop boxes that drew a lawsuit from voting rights and civil rights groups. Moreover, Byrd’s wife, Esther, has defended the insurrectionists who rioted at the U.S. Capitol on January 6, 2021.

“It’s been well known in the political science community for a long time that we have had a problem with ineligible voters casting ballots in elections in this state, and nothing has been done about it till now,” Antonacci said.

Twenty votes could make a difference, he continued, because recent races in South Florida have been decided by narrower margins.

DeSantis’ announcement immediately drew complaints from Democrats, like Agriculture Commissioner Nikki Fried, a candidate for Governor. Fried would eliminate this enforcement arm if elected, she vowed.

“Ron DeSantis went to Broward County today for one reason and one reason only — to intimidate voters and suppress turnout in the most Democratic counties in Florida. My message is this, if you’re eligible and registered, vote. It’s your right! Everybody wants elections to be secure, but Ron DeSantis — who has never refuted Donald Trump’s Big Lie — is the last person we can trust with ‘election police.’ As governor, I will disband this force and return jurisdiction back to local authorities. That’s who needs to handle fraud, not Ron,” Fried said.