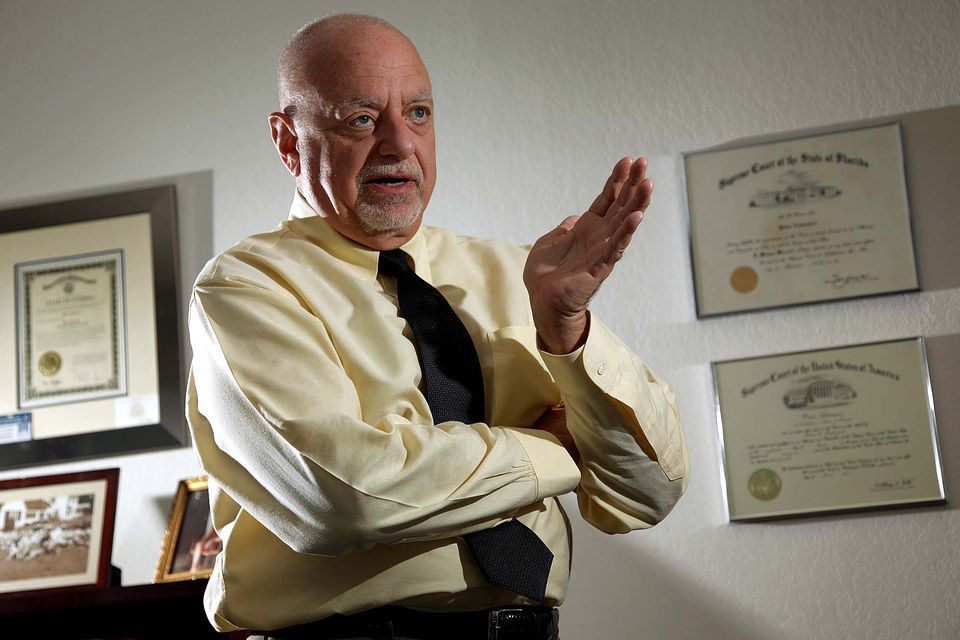 Pete Antonacci has a history of service taking on tough jobs for Republican administrations.

Florida’s new Office of Election Crimes and Security will have a familiar face fronting the first-of-its-kind election crimes office.

Gov. Ron DeSantis on Wednesday appointed Pete Antonacci, who has a lengthy history of service for Republican administrations, to lead the Department of State’s Office of Election Crimes and Security. The office is the Department of State’s new outfit to investigate election crimes and voter fraud, a mission that has drawn consternation from Democrats and DeSantis’ critics.

“Peter Antonacci has dedicated his career to serving the state of Florida,” DeSantis said in a news release on Wednesday. “I am confident he will lead the Office of Election Crimes and Security with integrity and ensure that Florida’s elections are the most secure in the nation.”

DeSantis proposed the election fraud investigation office in November as an agency to specialize in complicated election law. The Legislator provided 15 positions and $1.1 million for the office, which they established as part of the latest election law overhaul (SB 524) signed by DeSantis in April.

Secretary of State Cord Byrd, who DeSantis appointed in May, has named assembling the election crimes office a top priority for his department, which oversees election administration.

“In Florida, our freedoms and rights are protected by the rule of law and our elections are no different,” Byrd said. “Judge Antonacci’s formidable knowledge of Florida election law and his experience as a Supervisor of Elections will ensure that our laws are enforced and that voters have confidence in our elections.”

The Office of Election Crimes and Security will work closely with the Attorney General’s Office.

“Free and fair elections are vital to our democracy, and I applaud Gov. DeSantis for selecting such a respected, experienced attorney to lead this important mission and provide assurance to voters that anyone who commits elections fraud will face justice,” Attorney General Ashley Moody said.

Following the 2020 election — lauded by both parties as a smooth election cycle for the Sunshine State — DeSantis commended Antonacci for Broward County’s quick turnaround on Election Night. Scott appointed Antonacci in 2018 to replace the county’s controversial Election Supervisor Brenda Snipes when she resigned following error-prone recounts in that year’s Midterms.

“I trust he will serve the people of Florida with an even hand to ensure the continued fairness and sanctity of our elections process,” Earley added. “Peter understands the complexities of election law, and the need for a reserved and judicious application of the power this new office wields.”

Last year, DeSantis signed a law banning “ballot harvesting“ prohibiting a non-family member from handling more than two mail-in ballots and tightened when drop boxes can be used by election officials. DeSantis proposed that law the day after the 2020 Election, amid former President Donald Trump’s false claims of widespread election fraud in key states across the nation.

Democrats have criticized the new elections investigation unit as politically motivated, and the U.S. House Elections Subcommittee even took a field trip to Tallahassee in May to highlight the office’s potential impact on ballot access and election confidence.

Orlando Democratic Rep. Anna V. Eskamani took to Twitter following Antonacci’s appointment to lambaste his new role as “a politically created position to feed into the lie that 2020 elections were inaccurate.”

“Peter Antonacci is a Federalist Society darling. His appointment by DeSantis is purely political,” Fried said in a news release. “We already have fraud laws on the books that should be enforced. What we need is real nonpartisan election reform. When I’m governor, I’ll expand vote by mail, same day voter registration, and make Election Day a holiday.”

Replacing Antonacci at the Division of Administrative Hearings will be Brian Newman.