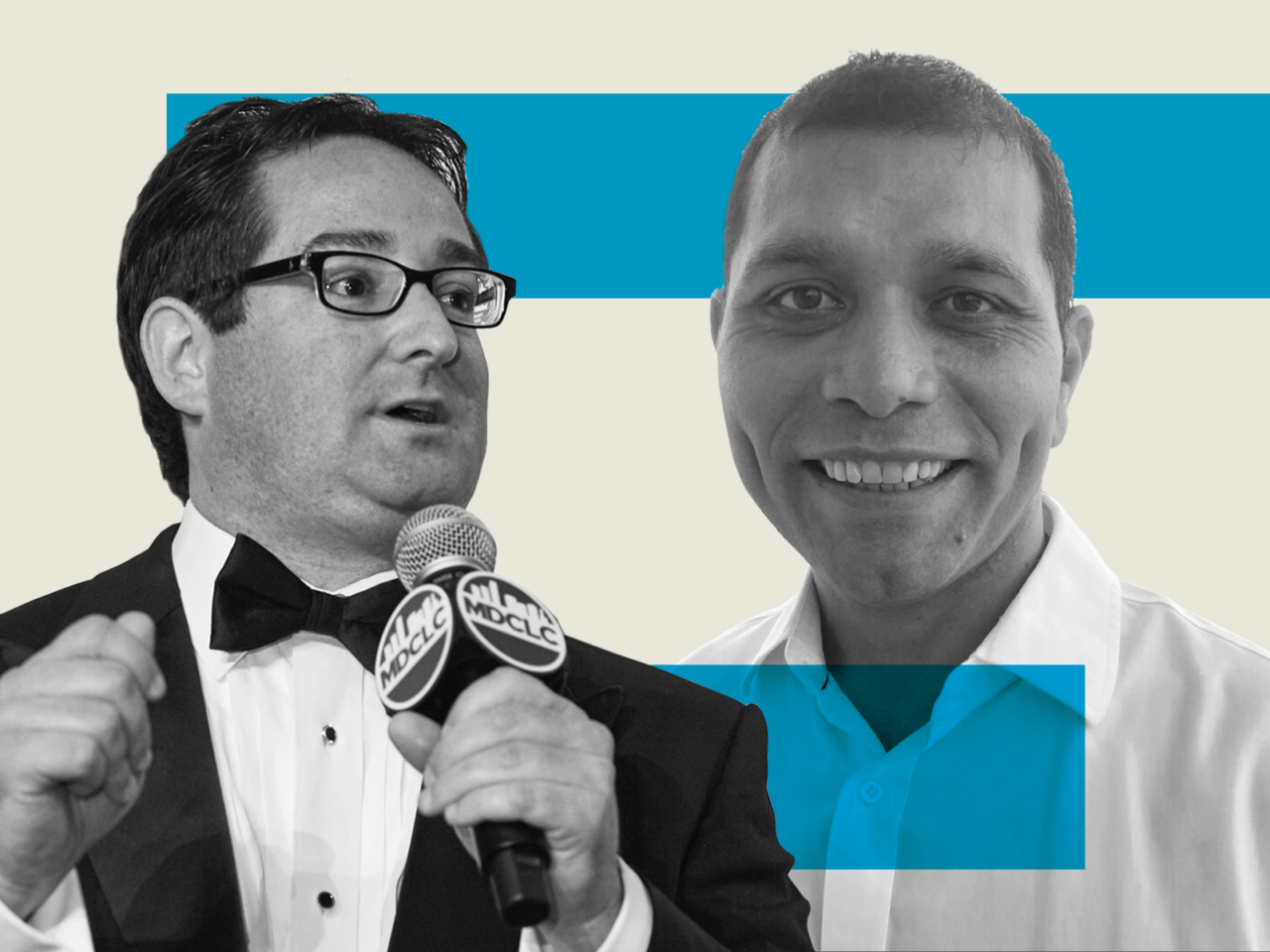 Former Bay Harbor Islands Councilman and Mayor Jordan Leonard has won the Democratic Primary for House District 106 by a landslide.

With early and mail-in voting totals tabulated and all 60 precincts reporting at 9:15 p.m. Tuesday, Leonard had 74% of the vote compared to 26% for special education teacher Gustavo Ortega, a first-time candidate.

The winner of that contest on Nov. 8 will replace term-limited Democratic Rep. Joe Geller.

Leonard was far and away the Democratic front-runner in terms of fundraising, endorsements and political experience. A third-generation resident of Bay Harbor, he served for 14 years on the Town Council until this year.

He also held numerous administrative jobs at various levels of government, including working on economic policy for Miami-Dade County, as a legislative aide in the Florida House and in executive roles as the assistant city manager of Opa-locka, village clerk of El Portal and head of the Homestead Community Redevelopment Agency.

In private life, he owns and operates a business in the pediatric health care field.

This election has been something of a marathon for Leonard, who filed to run for Geller’s seat — with Geller’s blessing — back on Feb. 1, 2021. Since then, he amassed nearly $382,000 through the end of July thanks to ample support from the real estate industry and a $16,000 self-loan.

Of that, he had about $156,000 left after covering campaign advertising, consulting and political research costs.

In June, he attracted criticism for claiming on a campaign flier that he’d “always donated” his city salary to charity without including the fact that salary is $1 a year. Asked by the Miami Herald about it, he said he also served as president of the Miami-Dade League of Cities for free and forwent collecting free health care benefits from the city for himself and his family.

HD 106 runs along the Miami-Dade coast and includes all or part of the municipalities of Aventura, Bay Harbor Islands, Miami Beach, North Bay Village, North Miami Beach and Sunny Isles Beach. If Florida is indeed “ground zero” for sea level rise, HD 106 is among its most vulnerable spots.

As a Councilman, Leonard helped to secure $1.5 million in state funds for related Bay Harbor infrastructure projects. Addressing rising ocean levels at the state level is among his campaign priorities, as is seeking a ban on assault-style rifles and addressing the region’s housing affordability crisis.

Ortega, who moved to the United States as a child and became naturalized in 1997, had similar aims. He wanted to add to the district’s affordable housing inventory, clean beaches and waterways, support women’s and LGBTQIA+ rights, improve the area’s quality and number of education and employment options, and expand Medicaid coverage, according to his campaign website.

Since filing to run for state office in December, Ortega raised more than $6,000, mostly from grassroots donations. He also put $600 of his own money into the race.

Through the end of July, he spent nearly all that money on campaign mailers, yard signs, fliers and cards.

Basabe, a former star of the E! network reality show “Filthy Rich: Cattle Drive,” poured more than $250,000 into his campaign for HD 106 since filing for the contest in March. He accepted less than $4,000 in outside donations.

Through the end of July, he spent about $58,000 on various campaign advertising and consulting costs.

Basabe billed himself as something of an anti-politician sick of a “system being polluted by career politicians more interested in personal gain … than on our communal benefit.”

He received endorsements from the Florida State Fraternal Order of Police and the Miami Herald.

Sutjapojnukul, a mortgage lender, is a first-generation American of Thai descent who held several current and past advisory board memberships in Miami-Dade. She is currently the vice president of community outreach for the Miami branch of the National Association of Asian American Professionals.

By early August, she had just over $6,000 remaining after paying out large sums for advertising to Texas-based political strategy firm Neel & Partners.

Like others in the race, Sutjapojnukul’s campaign website includes a focus on supporting businesses, community safety, health care, environmental sustainability and education, particularly school choice. It also features a photo of her holding a sign saying “Stand up against hate” with an image of the Star of David, the most recognizable symbol for Judaism and Israel.

That makes her recent defense of the Proud Boys, a violent, far-right, “western chauvinist” group whose founder once posted a video titled “10 things I hate about the Jews,” perplexing. Of the group — some of whose members joined the Miami-Dade Republican Executive Committee and led breaches into the Capitol on Jan. 6, 2021 — she said, “They seem pretty peaceful to me,” adding that many are “just about bringing masculinity back to families.”

In July, she received an endorsement from North Bay Village Mayor Brent Latham for the Republican Primary. Latham endorsed Leonard on the Democratic side.

Ross, who served overseas in the U.S. Navy during the Cold War, ran as a political outsider with “a long history of volunteerism.” He is a chapter leader with the Association of Mature American Citizens and a delegate for Florida’s 27th Congressional District, according to his campaign website.

He posted several videos to YouTube expressing his political beliefs. In one, he supported Florida’s new ban on abortion after 15 weeks of pregnancy but said there should be “waivers for rape, incest and extenuating circumstances that may have prevented them from meeting with their health care provider in the first trimester.”

“If we have the natural right not to be vaccinated, women also have the right to have a say in what happens to their bodies,” he said, calling for conservatives to “take the high ground” and legislate considerately toward women. “These are highly traumatic and emotional issues for women, and it is imperative that we protect a woman’s right to privacy.”

In another video, he called for “all law codes” in HD 106 to be “reviewed and clarified if necessary” and, in cases where laws are not “being reasonably or routinely enforced,” they should be “audited for alteration or revocation.”

He added, “Law codes should be written so that all citizens falling under the force of those laws should comprehend them fully.”

By early August, he had about $300 left to spend after covering a qualifying fee and campaign marketing costs.