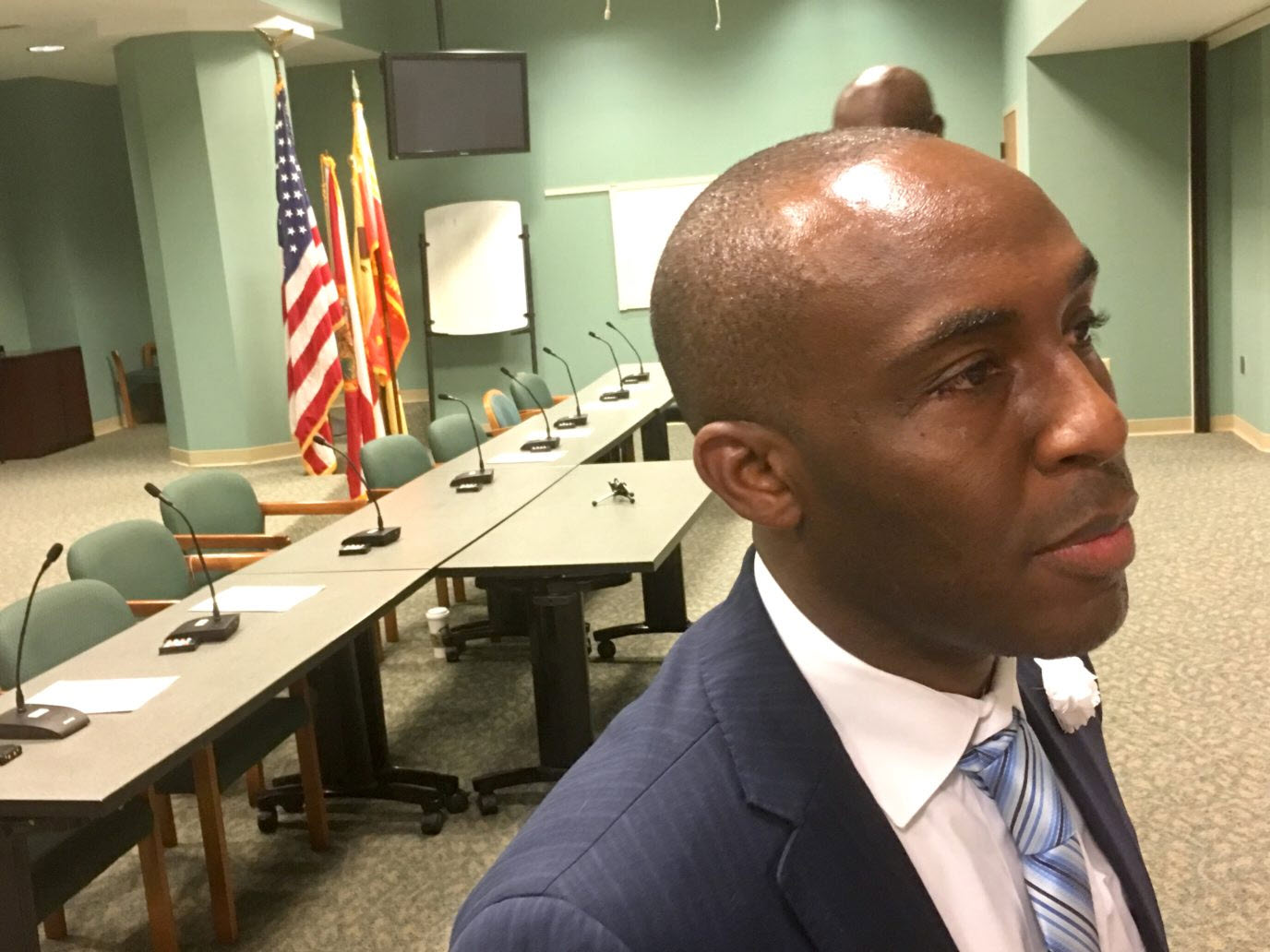 Dennis' replacement on the Council has already been picked.

An outgoing Jacksonville City Councilman sought information on how the city’s disbursements to the local Chamber of Commerce have been spent in one of his final acts on the Council.

Democrat Garrett Dennis wrote a letter to Council Auditor Kim Taylor for “some confirmation that money being sent to the non-profit is being spent effectively” in the wake of Florida Politics reporting that the Chamber seeks $750,000 this year from the city, a higher threshold than recent years.

The measure (2022-510) was slated to be part of the larger budget, but was pulled out to permit a conflicted Council member to vote on the budget — presumably Finance Chair Aaron Bowman, a Senior Vice President for the Chamber-affiliated JAX USA Partnership.

The money, per the bill summary, is earmarked exclusively for “advertising, target industry marketing to brand our region’s key sub-clusters and outreach to site selectors and corporate decision makers.”

Dennis wants more details, however, especially regarding what percentage of money is spent on “administrative functions, such as salaries and benefits.”

Dennis lost his Primary in House District 14 to former Rep. Kim Daniels, and in that race the endorsement from the Chamber didn’t matter. It went to third-place finisher Mincy Pollock instead.

Meanwhile, his replacement has already been selected: Tyrona Clark-Murray won her election outright Tuesday to fill the remainder of Dennis’ unexpired term. The election was certified Aug. 25, meaning she is now in office.

The controversy over Chamber funding comes as CEO Daniel Davis readies to announce his own run for Mayor in 2023, entering a crowded field that already includes three Republicans, multiple Democrats, and NPA candidates.

A number of people are offering off-the-record ruminations about how extra money to the Chamber would fund fill-in staffers for Davis, making it easier for him to come back to the Chamber gig if he were to lose next year.

“The funding is used solely for marketing Jacksonville outside of our region to attract capital investment, jobs and talent,” Galnor said to Jacksonville Today. “We have consistently delivered on this investment, which is why it has been approved nearly unanimously by the City Council every year.”

Davis will enter the field as the leading fundraiser, with more than $4 million on hand in his Building a Better Economy political committee. Polling by the Public Opinion Research Lab at the University of North Florida shows more of an uphill battle, with Democrat Donna Deegan 20 points ahead of anyone else in the field. Davis leads GOP hopefuls in that poll, but with barely double-digit support. 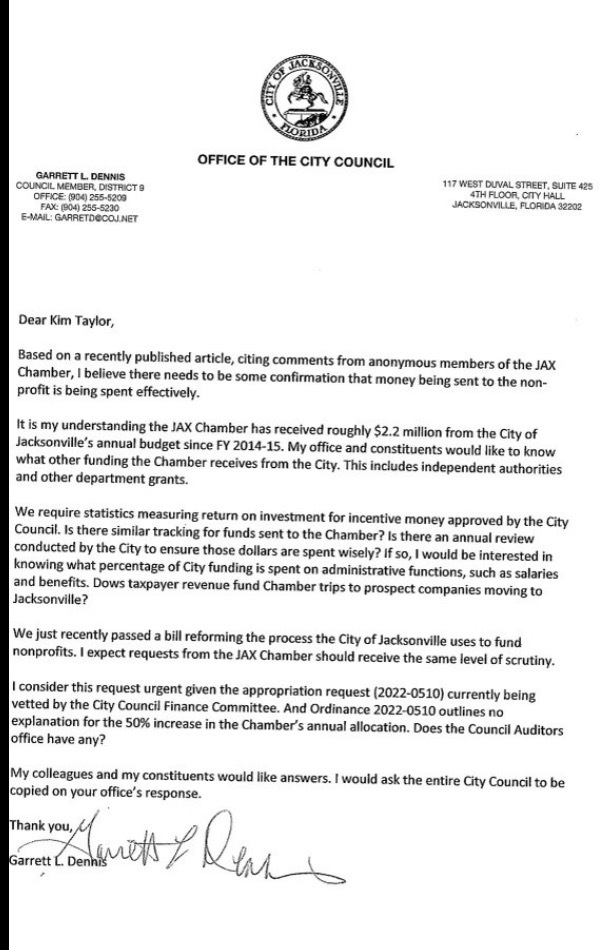