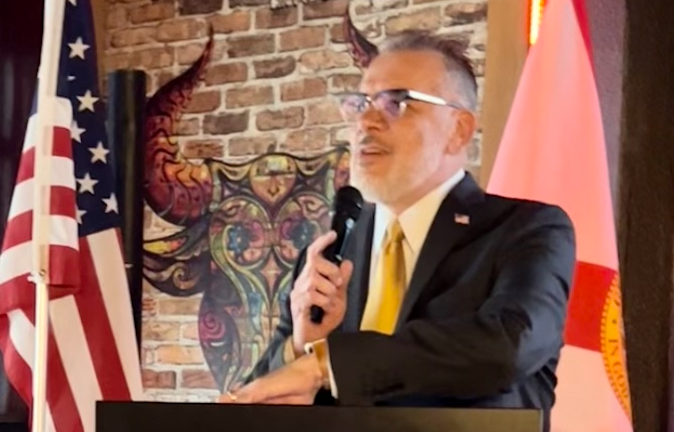 “It made me feel like, ‘Hey, my message is coming across, people see that he’s a solid person that’s not going to go off the deep end on either way,” Vivaldi said.

Vivaldi’s campaign officially commenced during ballot qualifying week in June when he filed to run in a rematch against Democratic Sen. Victor Torres in what is now Senate District 25, covering Osceola County and parts of southern Orange County.

Neither Vivaldi nor Torres have been known for fundraising prowess in previous campaigns. Torres — who has served two terms in the Senate, defeated Vivaldi in the 2016 election, and had served four years in the House before that — has raised about $81,000 for this campaign, through Aug. 18, according to the most recent campaign finance filings at the Florida Division of Elections. Vivaldi had raised just $6,300 by that date.

Vivaldi will need more. Democrats have an 18-point advantage in voter registrations in SD 25. In the 2020 election, Democratic President Joe Biden carried the precincts now gathered into SD 25 by 18 points. Torres beat Vivaldi by an identical margin, 59% to 41%, in the 2016 election.

Vivaldi said there was a strong mix of people attending his kickoff event, including Kissimmee City Commissioner Felix Ortiz and Commissioner-elect Janette Martinez, who both are registered Democrats.

“I think this is a new time for our community. For over a decade, the community has been asking and longing for new and positive change,” Vivaldi said in a news release.

On the new Senate districts map, SD 25 covers all of Osceola County and a portion of south-central Orange County, including Hunters Creek, Southchase, Meadow Woods and areas up to and including SeaWorld Orlando and the south end of the International Drive tourist district.

nextCharlie Crist raises over $3M in days since Primary Election