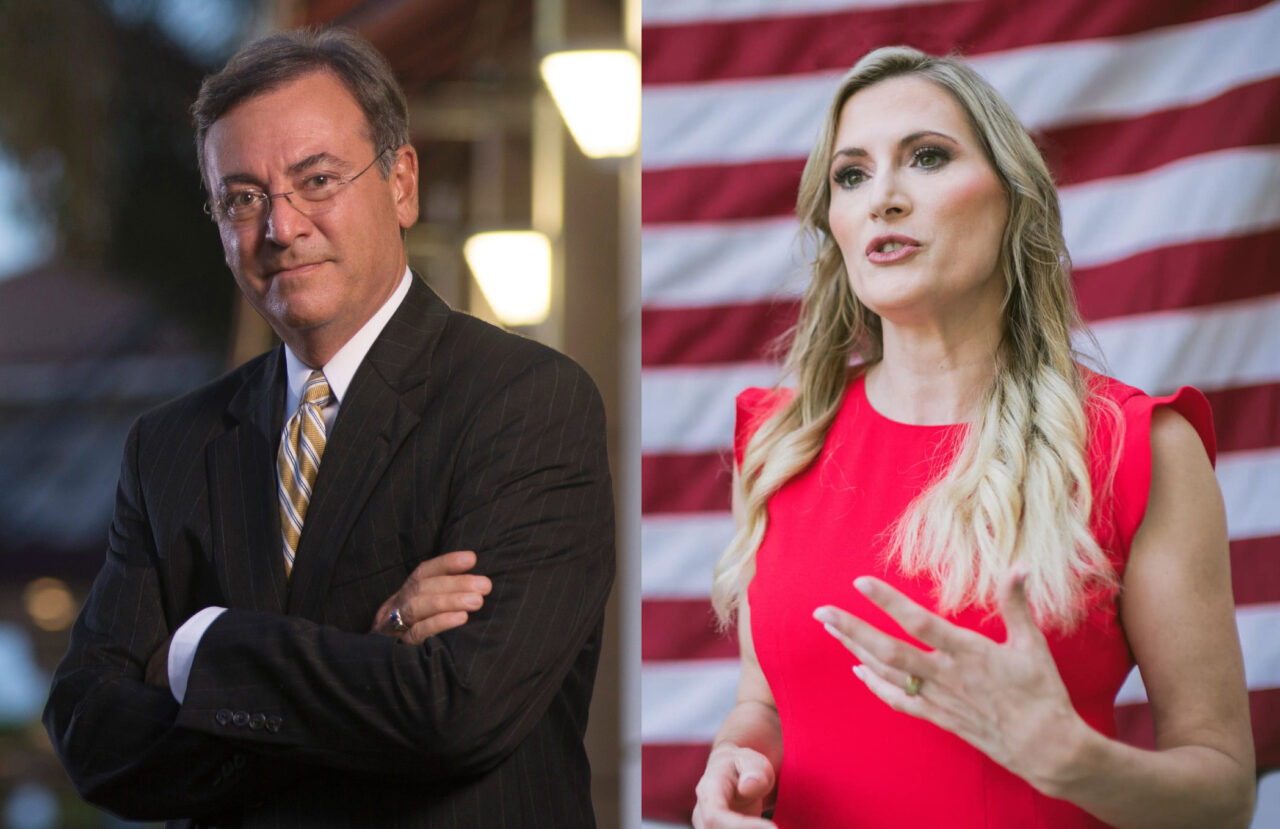 She voiced support for rape, incest exceptions but also said that she'd leave it to states to decide.

Democrat Alan Cohn is spotlighting comments Republican Laurel Lee made about abortion during her congressional Primary, and demanding she make clear whether she would let Congress pass a complete ban on terminating pregnancies.

Specifically, Cohn’s campaign pointed to an extended interview Lee granted to News Channel 8. During that talk, Lee did say she’d leave it to states how to regulate abortion. But with congressional Republicans working on a possible federal bill limiting abortion in light of Roe v. Wade being overturned, Cohn wants a direct answer from Lee on how she would vote on such a measure.

In that July 31 interview, Lee said she was pro-life but favored some exceptions.

“I am pro-life. I do support exceptions for rape, incest and the life of the mother,” she said. She also said she supported the Supreme Court decision overturning Roe v. Wade.

At the time, Lee remained in a heated Republican Primary against Sen. Kelli Stargel, who sponsored a law passed by the Florida Legislature banning abortions 15 weeks into a pregnancy. That measure offers no exceptions for cases of rape or incest.

In the News Channel 8 interview, journalist Evan Donovan pressed Lee on whether she would support such a law if it came in front of Congress.

But Lee repeatedly demurred and said that should be a decision left to the Legislature.

“The most appropriate place for any sort of analysis or decision-making about abortion and about many things is in the state Legislatures, where the people have access and the ability to go and petition their members and Representatives and have that conversation,” she said.

Cohn, though, argued Lee “tiptoed” around the issue and must be clear if she supports abortion bans with no exceptions for rape or incest.

“Laurel Lee wants to have it both ways, but Florida voters who are outraged by the Supreme Court trampling on our rights won’t let her off the hook so easily,” Cohn said. “It’s time for Laurel Lee to tell us where she really stands on the state abortion ban, which the majority of Floridians think goes too far and is an unconstitutional invasion of privacy that puts the government in charge of women’s health care decisions.”

Cohn pointed to a report in The Hill that Republican leaders in the U.S. House have already started crafting a complete ban. The report noted House Minority Leader Kevin McCarthy, a favorite for Speaker of the House should Republicans win a majority, told CNN he would consider a 15-week abortion ban similar to the Florida law.

“If Republicans take control of the House of Representatives in this election, the first item on their agenda will be a national abortion ban,” Cohn asserted.

“If I have the honor of serving the 15th District in Congress I will proudly vote ‘no’ on a Republican abortion ban bill, because I believe a woman’s health care decisions should be made by her and her doctor, not politicians in Washington. But where does Laurel Lee stand? It’s time for her to come clean — will she vote for a national abortion ban?”

Lee and Cohn won their respective Primaries in August and now face off in the most closely divided congressional district in Florida by party registration, a district where Republican Donald Trump won in 2020 but with just 50.86% of the vote.