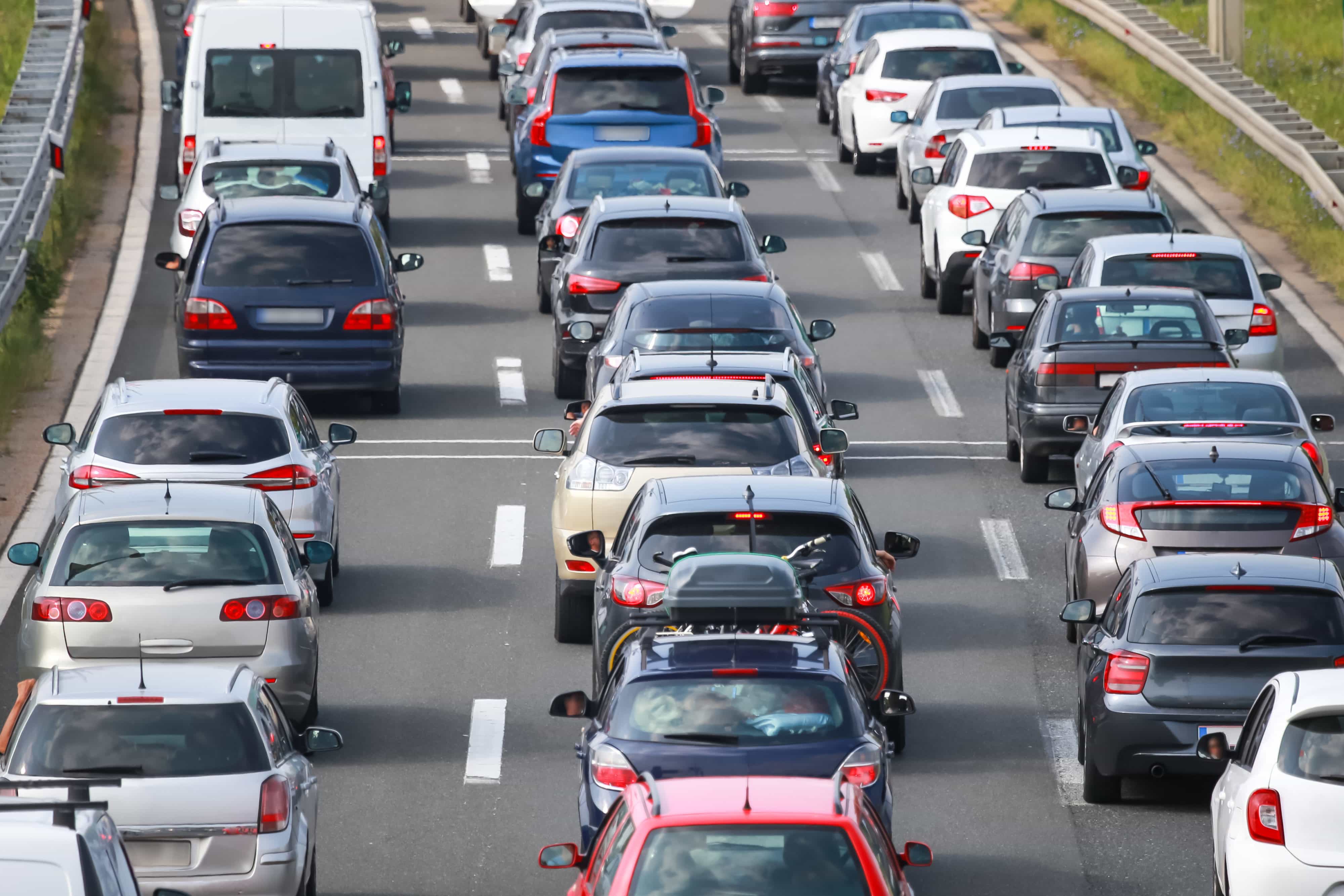 Legal challenges curtailed their first victory. Can they pull off another win?

This November, voters will again have the opportunity to determine whether to fund sweeping transportation and transit improvements throughout Hillsborough County via a 1% sales tax.

If that feels a bit like déjà vu, it’s because it is.

Four years ago, organizers with the group All For Transportation successfully ushered in the plan, with 57% of voters backing the 2018 referendum.

But a series of legal challenges, spearheaded by Hillsborough County Commissioner Stacy White, ultimately derailed the tax. A Florida Supreme Court ruling declared the referendum unconstitutional because it relied on prescribed spending allocations set forth by voters, rather than elected members of the Board of County Commissioners.

Not much has changed with All For Transportation 2.0. The referendum still calls for a 1% sales tax, with an estimated $342 million in revenue within its first year of collection, if passed.

Specifically, this year’s effort asks voters, “Should transportation improvements be funded throughout Hillsborough County, including Tampa, Plant City, Temple Terrace, Brandon, Riverview, Carrollwood, and Town ’n’ Country” and goes on to list the prescribed uses as well as a line describing how the revenue would be “deposited in an audited trust fund with citizen oversight.”

While the wording has changed slightly, the intent remains the same. The surtax would include a mix of road, bridge, pedestrian and cyclist paths and transit, with citizen oversight on spending and specific allocations for which public entity or government gets what.

The 54.5% general purpose spending under the referendum calls for 28% spending on repairs to existing roads, streets and bridges and repaving and filling potholes. Of the funding, 26% would be dedicated to congestion reduction through additional lanes, turn lanes and traffic management systems like timed traffic lights. Another 27% would fund safety improvements, while 12% would be used to improve the overall transportation network by expanding pedestrian and bicycle infrastructure, adding sidewalks and crosswalks and completing trails. Remaining funds could be rolled over for transit improvements.

Under the 45% of funding for transit, to be distributed to HART, 45% would be used to enhance bus service and 25% would help establish dedicated right-of-way service, with at least 50% of the route operating in a dedicated lane or on a fixed guideway.

Funding would increase frequency for all HART bus routes, increasing run times in Year One to every 30 minutes on routes that currently operate on hourly schedules and 15 minutes on routes operating every half hour.

Further, the All For Transportation plan would more than double local bus routes and add more than 340,000 hours of bus service, including new circulators in downtown Tampa, the University of South Florida area, Westshore and south county.

Unlike in 2018, this referendum will appear on the ballot by a 5-2 party line vote among Hillsborough County Commissioners. The board’s two Republicans, White and Ken Hagan, cast the lone “no” votes on the referendum in April. The 2018 referendum was placed on the ballot by voters through a citizen petition process, which was at the crux of legal challenges.

The Supreme Court decision in early 2021 held that, basically, voters cannot constitutionally determine how to spend county tax dollars. That authority rests with the County Commission. Since the 2018 ballot initiative was placed before voters by voters — not the County Commission — the spending allocations were ruled unconstitutional, according to previous reporting from Florida Politics.

All For Transportation organizers believe any remaining legal issues were remedied by the County Commission’s vote to place the referendum on the 2022 ballot.

Other minor changes are also in play, including eliminating a restriction on expenditures on road widening and shifting a half-percent allocation from transportation planning to road improvements, changes meant to appeal to a broader segment of voters.

Beyond the ballot language

Leading into the 2018 election cycle, the Hillsborough County Commission was less poised to ask voters to approve a tax.

“In 2018, the conversation was — this is not possible; people aren’t going to make this type of investment in their community,” All For Transportation Co-Chair Christina Barker said in February 2021 at a press conference following the final Florida Supreme Court ruling. But as she noted then, “voters proved them wrong.”

The All For Transportation campaign heads into this year’s General Election Cycle with momentum — fueled perhaps by frustration that voters’ will was put on a shelf for four years — resulting from the resounding victory at the ballot box.

There is little reason to believe the campaign’s most vocal supporters will back down now.

“A small group of obstructionists have already delayed by four years much needed road, safety and transit projects which has had catastrophic consequences for the community,” All For Transportation Co-Chair Tyler Hudson told the Tampa Bay Times last month.

Still, a lot can change in four years. The economy is not as lean as it was in 2018, with rising rents and property values driving a local, state and nationwide affordable housing crisis. The campaign will need to prove to voters the value they gain from this proposed tax will outweigh the cost at the cash register.

Voters can expect a variety of assurances from the campaign on that front. There’s plenty to point to, much of which populated talking points four years ago, such as a $5,000 cap on the tax protecting large purchases like cars from excessive additional taxation and a carve-out for necessities like groceries and medicine, which helps lower-income individuals feel less of a squeeze.

Plenty of challenge ahead

None of that is to say this road to redemption will be easy for the folks backing All For Transportation.

Already, an opponent has filed a challenge in court.

Conservative advocate Karen Jaroch, who gained national attention as an early Tea Party supporter, filed suit last month against the proposed referendum language, arguing it “incorrectly inform(s) voters that their vote on the referendum … will establish the (funding) uses,” according to the Tampa Bay Times.

The County, which is named as a defendant in the suit along with Hillsborough County Supervisor of Elections Craig Latimer, plans to defend the referendum. A spokesperson for Latimer told the Times their office “would follow the ruling of the court.”

The question before voters is not whether Hillsborough County is experiencing transportation woes — it clearly is — but rather whether a transportation sales tax is the answer.

Over the next 30 years, the term of the proposed tax, more than 700,000 people are expected to move to the county, creating unprecedented growth that will continue to stress the county’s transportation network.

Currently, Hillsborough County’s backlog has ballooned to $13 billion in needed but unfunded transportation improvements. Since 2018, the backlog has grown by $1 billion per year.

Data shows the average Tampa metro commuter spends more than 53 hours a year sitting in traffic. Under current funding conditions, just 1% of roads are repaved each year, meaning existing roads are repaved just once every 70 years. The cost to repave a road sits at about $1 million per mile, a cost that can double when roads are not properly maintained. Under the All For Transportation plan, roads would be repaved every 20 years, reducing overall costs and improving road conditions.

Investment under the plan, according to All For Transportation, would create more than 350 miles of safety projects, fill more than 1,400 miles of missing sidewalks and reduce fatal and injury crashes by 35%. It supports 500 miles of new streetlight corridors on currently unlit roads, which contribute to nearly 40% of pedestrian deaths.

A local judge recently ruled the funds would be spent by the state on transportation projects within Hillsborough County. The Department of Revenue is working to put forth a plan for the funds collected — more than $500 million — for legislative approval.

Members of the City Council, during a meeting with an update on the funding, said interested parties should contact lawmakers to express their priorities for the funding, according to ABC Action News.