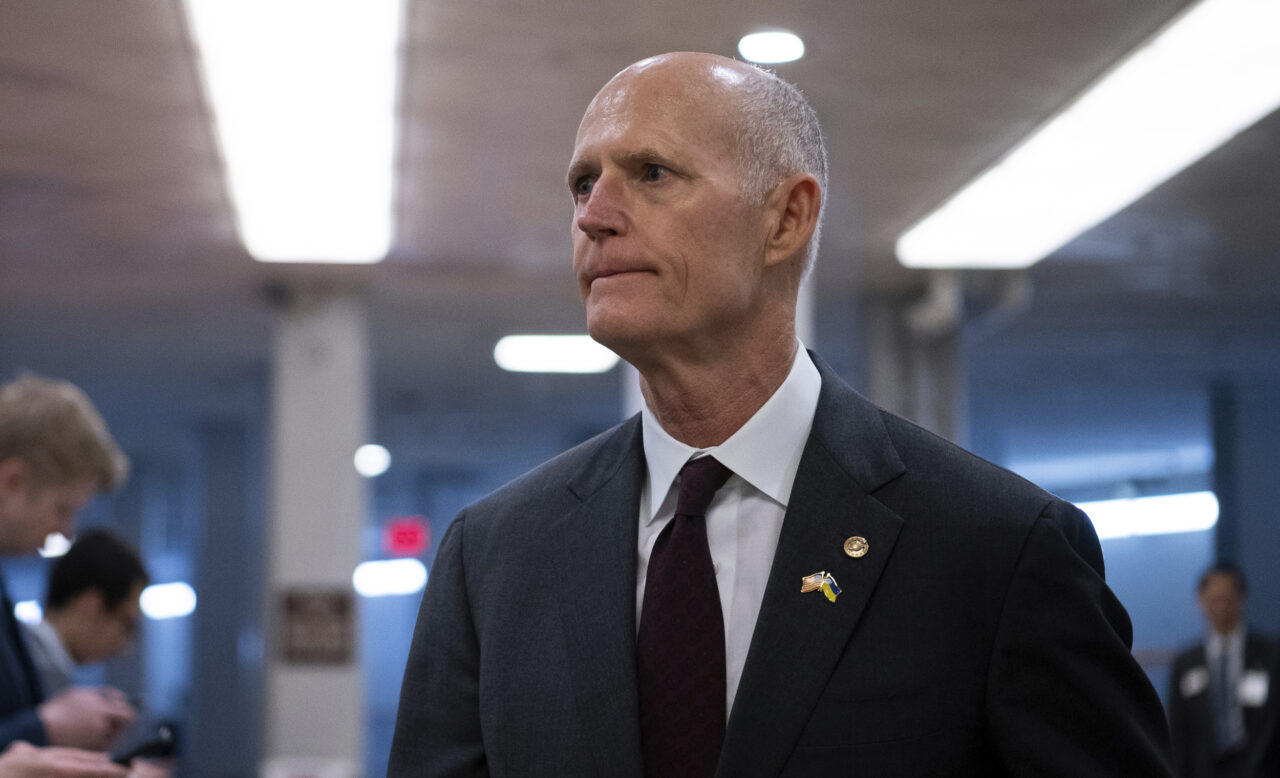 Republican U.S. Sen. Rick Scott is again complaining he was the victim of voter fraud without offering a shred of proof.

In a 30-minute rant touching on a range of issues at the National Conservatism Convention (NatCon), Scott repeated his allegation that election officials in Florida “illegally counted 95,000 ballots after election night” in 2018 to keep former Democratic U.S. Bill Nelson in office.

“Democrats know they can’t win with their crazy, wacky ideas, so they want to set up a way that they can steal elections, and we’ve had to fight every day to make sure that doesn’t happen,” he told a packed ballroom at the JW Marriott Turnberry in Aventura.

Scott in fact won by 10,033 votes, a 0.1% margin of victory. That was after mail-in and provision ballots were fully tallied. It took several days for the election to be resolved due to difficulties some of Florida’s more populous, Democratic areas had counting mail-in ballots.

While the recount was underway, as required by Florida law in cases of extremely close races, Scott declared on television that “there may be rampant fraud happening in Palm Beach and Broward counties.”

At Scott’s request, the Florida Department of Law Enforcement said it would investigate the Supervisors of Election of both counties. The department dropped the matter after speaking with the Department of State which said it had “no criminal allegations of fraud.” The heads of both agencies were Scott appointees.

Subsequent probes into voter fraud in South Florida during the 2018 election have yielded no evidence to back Scott’s claim. But that hasn’t stopped Scott from bringing it up every year since. In November 2020, he told Newsmax TV “they found 95,000 ballots after election night,” blaming the unproven misdeed on “activist judges that allow these things to happen.”

He told CNN in early 2021, “You have to remember what I went through in my 2018 election, where they completely violated the law (and) found 95,000 votes after election night.”

Scott opened his NatCon speech Sunday defending Donald Trump, who lodged similarly unfounded accusations after mail-in and provision ballots were being counted during the 2020 election.

Trump is now under investigation for allegedly misappropriating classified documents and hoarding them at his Mar-a-Lago estate in Palm Beach. FBI agents seized boxes of the documents last month.

According to Scott, President Joe Biden is “abusing his power” and “weaponizing the federal government to go after a political opponent” by allowing the U.S. Department of Justice to look into the matter.

Scott then turned his ire toward an earmark in the Inflation Reduction Act that over the next decade will infuse the Internal Revenue Service with $80 billion to help improve tax compliance.

The IRS has been bleeding workers for years — more than 23,000 since 2010 — and expects to lose 50,000 more to retirement in the next five years. The agency’s ability to enforce tax compliance has declined drastically. As has been widely reported, the money will help shore up its deficiencies and improve its capacity for the future.

And yes, a small fraction its new agents will carry firearms. Such has long been the case, no different than other federal law enforcement agencies.

But, according to Scott, that funding set-aside is nothing more than a partisan ploy meant to “target hard-working American families.”