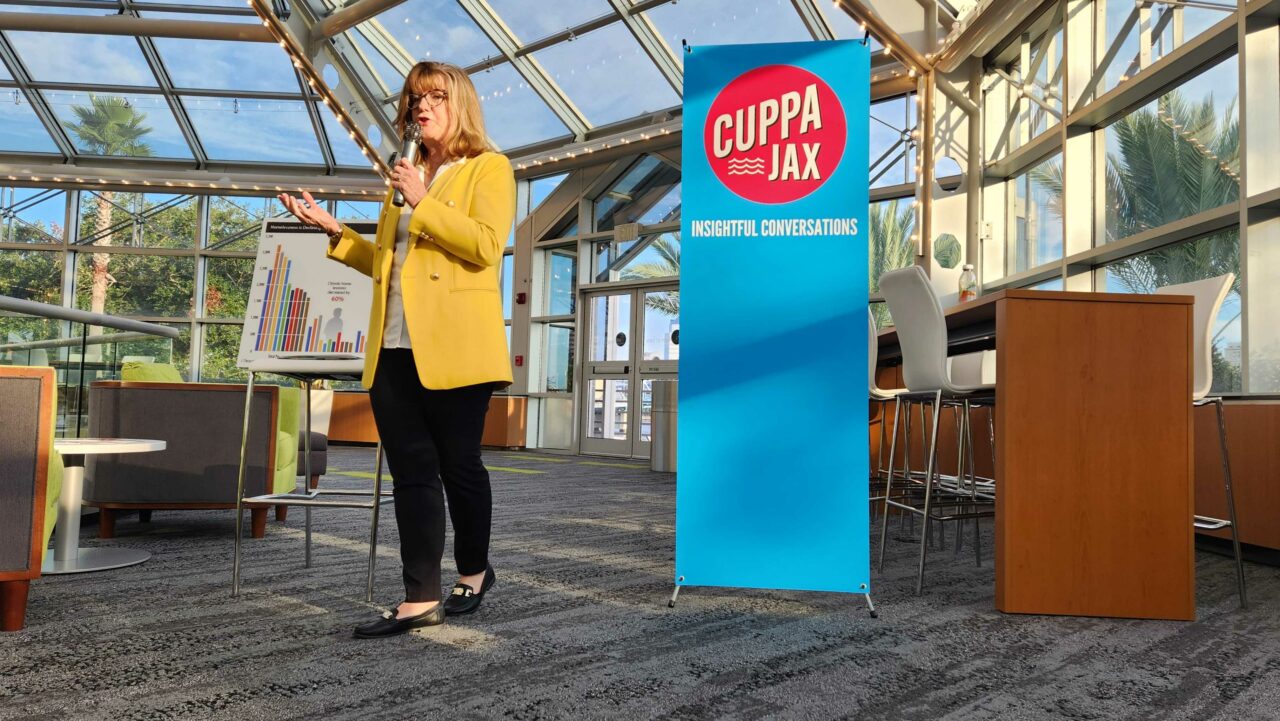 'We are very, very close to ending veteran homelessness in Jacksonville, Florida.'

There’s been dramatic progress over the last decade in moving people from the streets and into housing with an income, but while progress is made on some fronts, others appear to need more attention.

Cindy Funkhouser of the Sulzbacher Center went in-depth on the situation with Jacksonville’s unhoused, what is being done about it and what’s possible in the future. The talk came about as the first of a series for Cuppa Jax, Jacksonville’s answer to Café con Tampa.

A specific focus on veterans by the local homeless provider community led to an 82% decrease, according to numbers derived from federally mandated point-in-time counts.

“We are very, very close to ending veteran homelessness in Jacksonville, Florida,” Funkhouser said. “We’re still working on that, feverishly.”

Funkhouser said the statistics show about three of every four homeless people in Jacksonville are men. Lauren Steif, an account executive at Tucker/Hall, asked how that squared with other data showing so many women in poverty.

“In college I took a class called Economics of Compassion, and one of the things that stuck with me from it was the expression ‘feminization of poverty,’ that poverty disproportionately affects women,” Steif said.

Women are more likely living in some kind of family unit, and it’s hard to get an accurate account of unhoused families, Funkhouser said. For point-in-time counts, folks are going into shelters, walking the streets, talking to people in camps.

“Homeless families, by and large, are not on the streets, sleeping on a bench,” she added. “They’re in a car, they might be doubled or tripled up with somebody, they might be in a hotel if they can scrape up enough money, but they’re not literally on the street. You can’t count them.”

Homelessness was on the decline in the United States from 2009 to 2019, and though Jacksonville outpaced that progress in several metrics, one stood out going the other way. There was a 20% increase in town over that time in the unsheltered. The same category of people decreased by 7% nationwide.

“Unsheltered means someone on the street, but they haven’t been on the street for years,” Funkhouser said. “They’re new — they’re newly living on the street. Ours went up by 20%. How many of you noticed there’s more homeless people on those streets? That’s what this number indicates. We need to figure that out.”

nextDiagnosis for 9.14.22: Checking the pulse of Florida health care news and policy