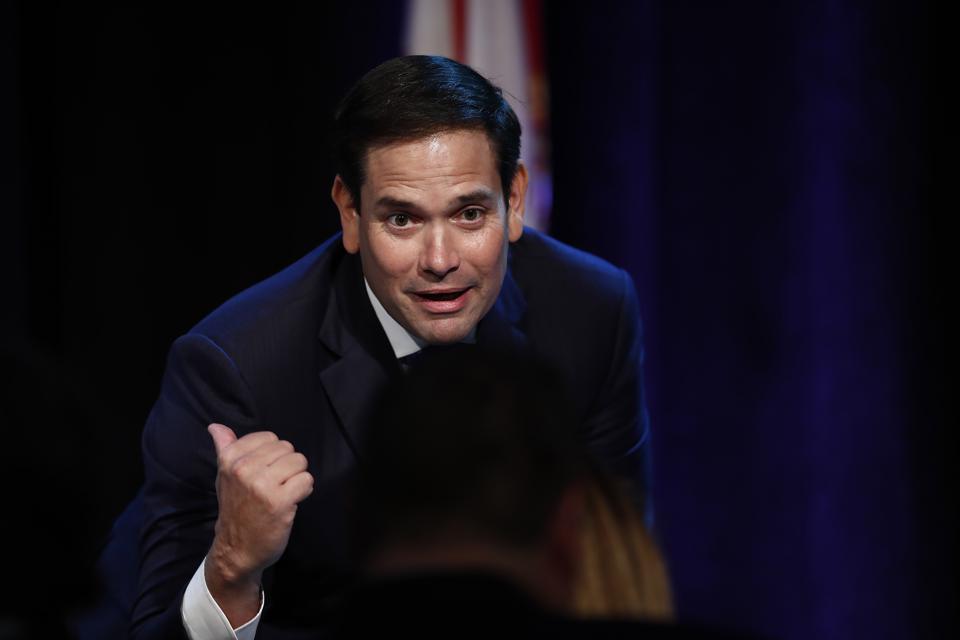 Florida Politics reported on both spots painting an incomplete picture.

U.S. Sen. Marco Rubio’s re-election campaign pulled two ads from broadcast television after questions about content were raised. Both were the subject of reporting by Florida Politics for offering incomplete presentations of facts, though the Rubio campaign says one of the ads is still appearing on cable TV.

One ad, “100%,” attacked Democratic challenger Val Demings for voting for pandemic relief checks that went to inmates and undocumented workers, but failed to mention that Rubio co-sponsored and voted for the legislation as well. The ad began running on Sept. 14, but the last airing was on Sept. 19.

The other, “Diego’s,” spotlighted a Panama City Beach business that benefited from the Paycheck Protection Program, which Rubio helped craft. But it turned out the business was owned by a man who pleaded no contest to a charge he solicited and procured a prostitute in 2001. That ad started airing on Sept. 9, but abruptly came off broadcast television, also on Sept. 19.

Demings’ campaign criticized Rubio for a “series of campaign missteps” after the latest ad was taken off the air.

“He’s desperately attempting to save his flailing campaign with cheap political stunts, but Florida voters know he doesn’t show up for work, and hurts Florida when he does. This November, Florida will send a cop on the beat to the United States Senate and reject the career politician who refuses to do his job.”

Of note, both of the ads still can be viewed on Rubio’s YouTube channel, so the campaign isn’t completely disassociating itself with the content. Elizabeth Gregory, Communications Director for Rubio, said “Diego’s” is also still running on cable. “We routinely change traffic,” she said.

She categorized the attention on the ads as misdirection from Demings’ poor record in the House.

“Democrats will do anything to distract from Marco Rubio’s record of results since their candidate Val Demings has accomplished nothing in Washington,” Gregory said.

“The jobs of the three Florida women featured in this ad were saved because Rubio’s Paycheck Protection Program did just what it was designed to do: protect their paychecks, and any insinuation that wasn’t a worthy cause is dishonest and politically-motivated.”

Notably, another ad, “Most Liberal,” remains on the air and also attacks Demings for supporting COVID-19 relief checks that ended up in the hands of undocumented workers. “She supports amnesty and gave stimulus checks to illegal immigrants,” a narrator in that ad states.