Got the hurricane blews? Enjoy a ‘proper’ Bloody Mary at The Ben 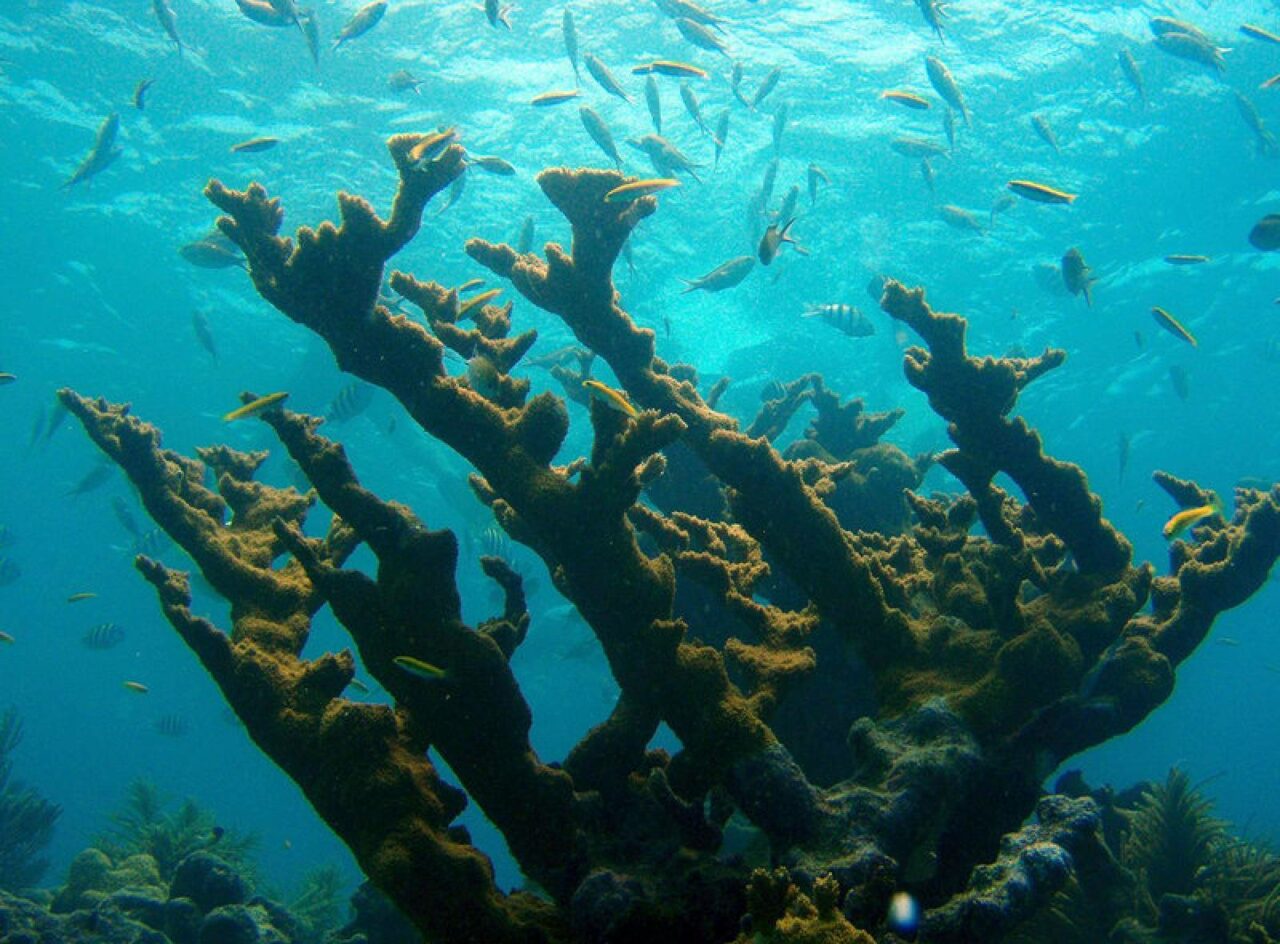 Big plans are in the works to preserve and restore critical areas of the Florida Keys. While the federal government is taking the lead on the project, it’s more of an all-hands situation with state authorities, local businesses and the visitors who spend the money that keeps the economy in the Keys moving.

“Most of you know, and anyone down here knows, that our marine resources have been changing, and not always for the better,” said Sarah Fangman, Superintendent of the Florida Keys National Marine Sanctuary.

“We have seen increasing numbers of threats. We’re seeing lots of impacts to these resources, and it’s affecting them and their status. We know this not just because we can see it, but because we’ve done really careful and thorough assessments of the conditions of the resources.”

Plans to combat these threats are contained in what the National Oceanic and Atmospheric Administration (NOAA) Office of National Marine Sanctuaries calls the Restoration Blueprint, presented this week to members of the South Atlantic Fishery Management Council (SAFMC) in a special meeting specifically about the Blueprint and ideas for comprehensive management of the sanctuary.

“The Restoration Blueprint, we think, is a really important activity because the marine environment in the Florida Keys is critical to this community in so many ways,” Fangman said. “It is where we live, obviously, it’s part of every bit of our lives, but it’s also important economically.

“First and foremost, in tourism, we see over 5 million people coming to the Florida Keys every year, and that generates a lot of economic activity. Those people are coming here because of this marine environment, in large part — to recreate, to enjoy, and that translates into, as you can see, spending, jobs and economic activity.”

Statistics suggest Fangman underplayed tourism’s impact. The latest numbers show $2.9 billion in spending supporting 44% of jobs in the local economy, the highest percentage in the state. Tourism also accounts for about 60% of the Monroe County economy.

A 2011 report showed the Keys’ marine resources in fair-to-poor shape, and in the subsequent years, storms, disease and other issues exacerbated problems.

“Additional threats, stressors, pressures, many of which are things we can’t really control — storms events, temperature pressure, massive disease events,” Fangman said. “These are things that are affecting these resources upon which so much depends in the Florida Keys. But, we’re not ready to throw up our hands and say, ‘Well, it’s over, it’s done.’”

The sanctuary is to grow from 3,800 square miles to 4,800 square miles by incorporating areas on the present western boundary in the Tortugas region, and adding the “nationally significant” Pulley Ridge area. The Pulley Ridge addition would come with a prohibition against anchoring for all vessels in that area.

The Blueprint also includes a proposal to modify the policy on temporary emergency regulations, allowing for a 186-day extension in addition to 180 days of action — up from 60 days — in order to address issues including impacts to resources, restoration initiation, and timely research facilitation.

Within the sanctuary are a number of special zones, each with unique restrictions. One of those zone categories is sanctuary preservation areas (SPAs) — there are 17 under the plan, in which two are combined, two added and two eliminated. That, along with expanded zone boundaries, would up the area protected from 6.4 to 12.1 square miles.

“The sanctuary preservation areas prohibit discharge, and we are proposing in the proposed rule to prohibit all fishing in sanctuary preservation areas,” said Beth Dieveney, a National Marine Sanctuary policy advisor. “Currently, four (SPAs) allow catch-and-release by trolling, and allow bait-fishing by permit, and we are proposing to eliminate those exceptions.”

All SPAs would additionally prohibit all anchoring.

Some of the anglers in the Keys feel unfairly put-upon by regulations that make it harder for them to do business, but allow other sectors of the marine economy to go with lighter control.

“As the fishermen of the Keys adjusted to the new reality that many of our low-water reefs were now off-limits to us, ‘coral-killing fishermen,’ we watch our coral reefs steadily die,” charter fisherman Richard Gomez said to the Council. “As the death toll mounted, the world showed up to watch also.”

He suggested maybe NOAA managers should look to activity by tourist vessels bringing thousands of divers to the reefs.

“Look at the slick behind the boat from sunscreen and human waste, invading our reefs sometimes three times a day,” Gomez said. “Look at the picture of the runoff from farming and development, and (it) pours into our rivers and oceans by the thousands of gallons every day.”

In-person public meetings on the Blueprint were scheduled for this week in Key Largo, Marathon and Key West. Staff will also accept public comment at the Oct. 18 meeting of the sanctuary’s advisory council in Marathon.

People who want to submit comments on the proposed rule can do so through the federal rulemaking portal and by mail to Sarah Fangman, Superintendent, FKNMS, 33 East Quay Rd., Key West, FL 33040. The comment deadline is Oct. 26.