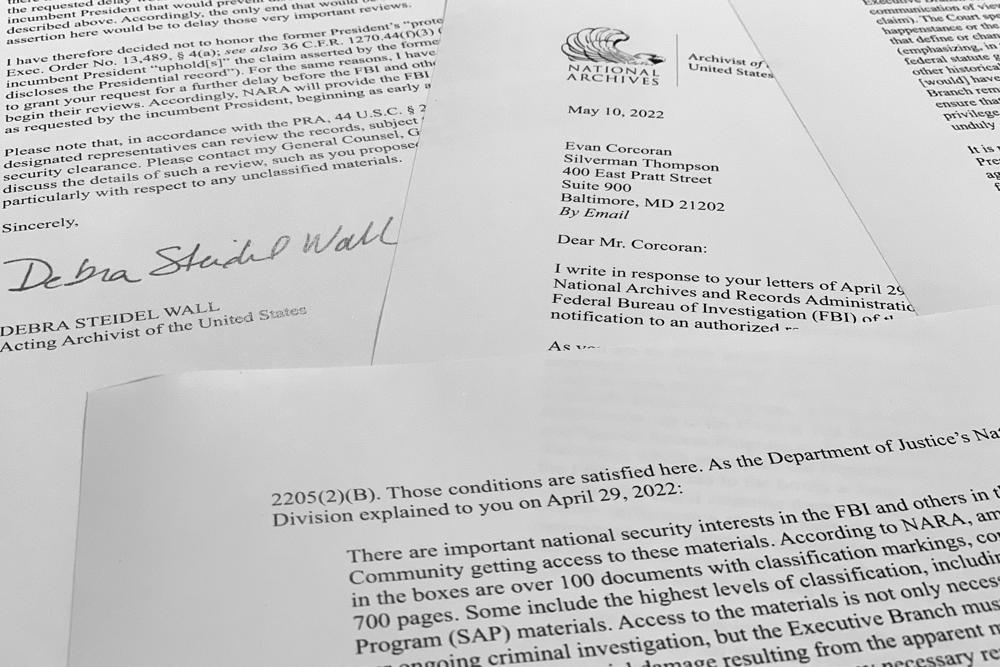 Colleen Shogan is currently an executive at the White House Historical Association.

President Joe Biden’s nominee to lead the National Archives faced unusual scrutiny at her confirmation hearing Wednesday over the agency’s role in the investigation into sensitive documents seized at Donald Trump’s Florida home, and Republicans were quick to bring up the matter.

“One of the questions we’ll have is what was the process leading up to this search and are those records going to be publicly available like every other record is publicly available through the National Archives,” Oklahoma Republican Sen. James Lankford told nominee Colleen Shogan.

The 46-year-old historian and political scientist’s path to confirmation could turn rocky while Republicans continue to demand more information about the FBI search last month of Donald Trump’s Mar-a-Lago resort.

The nation’s record-keeping agency set the probe in motion earlier this year with a referral to the FBI after Trump returned 15 boxes of documents that contained dozens of records with classified markings.

The investigation sets a contentious backdrop for a position that’s often filled by academics and historians and typically moves through the Senate with little scrutiny or coverage. Shogan, a Pittsburgh native, has a bachelor’s degree in political science from Boston College and a doctorate in American politics from Yale University.

Shogan was introduced at her hearing by a friend, Republican West Virginia Sen. Shelley Moore Capito. “She has the knowledge, experience, energy and depth of dedication to serve in this role,” Capito said. “I believe she would serve it very well.”

The nominee is no stranger to Congress. Shogan began her career as a congressional aide for Sen. Joe Lieberman of Connecticut, an Independent who caucused with Democrats. She worked her way up to a position with the Congressional Research Service, which churns out nonpartisan analysis for lawmakers and their staff. Shogan also worked for a decade at the Library of Congress.

She is currently an executive at the White House Historical Association, where she has worked under both the Trump and Biden administrations.

As the archivist, Shogan would take the helm of an agency that goes to great lengths to preserve the nation’s records, including treasured documents like the Constitution and the Declaration of Independence. Its sprawling collection spans 13 billion pages of text and 10 million maps, charts and drawings, as well as tens of millions of photographs, films and other records.

The White House said in a statement Tuesday that officials are looking forward to her hearing.

“She is well qualified to be the next Archivist of the United States and we hope that the Senate will quickly confirm her so she can begin the important work in front of her,” said Chris Meagher, a White House spokesperson.