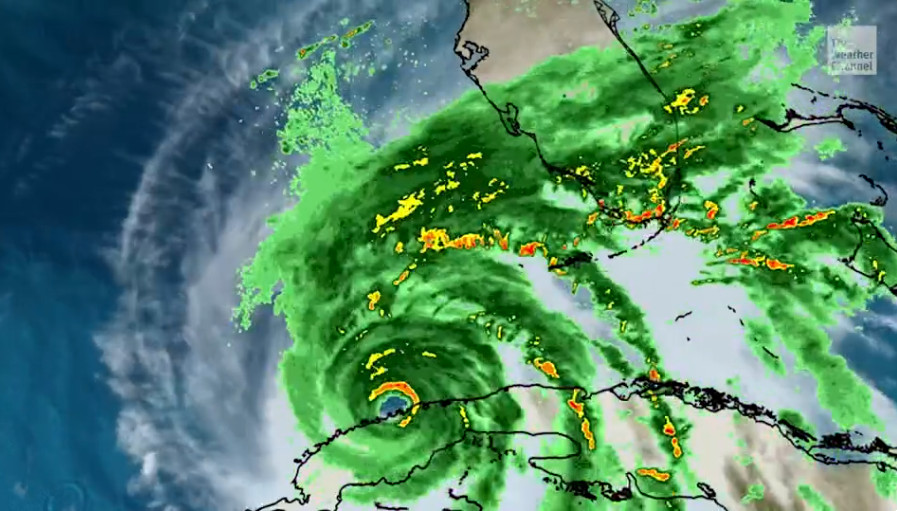 'There’s still uncertainty with where that exact landfall will be.'

The latest update in the forecast from the National Hurricane Center shows Hurricane Ian hitting Venice, about 20 miles south of Sarasota, late Wednesday or early Thursday. But large swathes of Florida will see major effects of the storm much sooner.

Gov. Ron DeSantis said Tuesday that 2.5 million Floridians are under either mandatory or voluntary evacuation orders, and residents of coastal areas should be prepared to see storm surges of five to 10 feet — something worse than when Hurricane Charley hit in 2004.

“The storm surge you’re going to see this time is going to far eclipse what we saw then,” he told reporters at the state’s Emergency Operations Center in Tallahassee.

DeSantis, though, cautioned residents of the Tampa region not to be complacent now that Ian’s eye, which had been forecast to cut a path through Tampa Bay, is now headed to the south. There will still be storm surge, powerful winds and dangerous conditions. And the forecast could still change before Ian arrives.

“There’s still uncertainty with where that exact landfall will be,” DeSantis said.

Florida’s emergency operations sprung into gear over the weekend, as DeSantis issued a state of emergency for the entire state. Tolls in coastal areas have been suspended, National Guard members and search and rescue teams are positioning themselves for action after the storm passes.

DeSantis said inland residents should expect power outages as well, including for a week or longer, depending on how Ian affects the power grid, and be sure to have enough provisions to last that long.

DeSantis also expressed confidence in the state’s ability to cover insurance claims from the storm, saying the Florida Hurricane Catastrophe Fund’s $17 billion in claims paying ability, along with the $2 billion makeshift reinsurance fund, will be able to backstop a private market that has seen six companies fail this year, including FedNat, which went bust on Monday.

“At the end of the day, we’re going to make sure folks are taken care of,” DeSantis said.