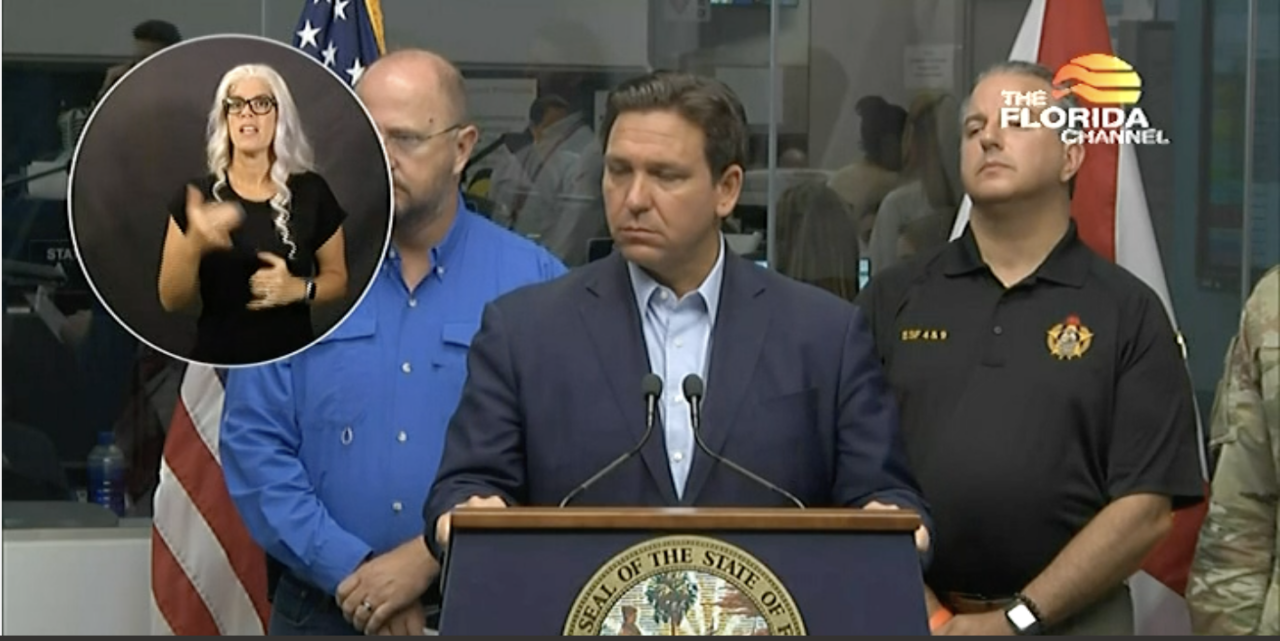 'This is going to be a nasty, nasty day.'

But he stressed at an early morning press conference that Florida has conducted the greatest preparation in its history in the days the storm has threatened the state.

Forecasts indicate the greatest impacts of Ian will be felt by those living between Sarasota and Collier counties.

“If you are in any of those counties, it’s no longer possible to safely evacuate,” he stressed. With the storm arriving within hours, he said individuals need to focus on securing their home or setting up in an evacuation shelter.

With the storm located around 80 miles from Punta Gorda, DeSantis noted the 155-mile-per-hour sustained winds are “knocking on the door” of Category 5 status. While some forecast models in recent days suggested the storm may diminish in intensity, that has not been the case.

Division of Emergency Management Director Kevin Guthrie called Hurricane Ian a “Charley-esque” storm. That referenced Hurricane Charley, which made landfall in Punta Gorda in 2004, largely leveling its downtown. That state infamously tore across the state like a bullet, causing damage all the way through inland Central Florida. That was the first of four major hurricanes to make landfall in Florida that year.

There are differences already clear, though, with Ian. One is that the storm will move faster, leaving the area within 24 hours instead of 36 hours, based on current projections. That should mean less rainfall. Ian should deliver less catastrophic wind speeds as well, but will still impact the regions hit very hard. Undoubtedly, tropical storm force winds will be felt throughout the state of Florida, Guthrie said.

Another clear difference: the state had greater warning with Ian. Charley shifted paths from forecasts, and while models leading to landfall have shifted greatly in the last week, Southwest Florida has known it faced a risk of a major hurricane landing there for days.

Florida has already activated 5,000 National Guardsmen and has “leave behind” teams at every airport in Southwest Florida. Some 30,000 lineman are staged to dispatch across the state as soon as it is safe to do so, DeSantis said.

“We have massive amounts of assets that are staged,” he said.

“We’re already discussing about ways where we can get more value-added support.”

But he warned nothing will stop the arrival of life-threatening storm surge and catastrophic winds.

“This is going to be a nasty, nasty day, two days,” DeSantis said.

Chief Financial Officer Jimmy Patronis, though, said the staging was the largest preparation operation before a storm in state history. Five of eight search and rescue teams in the state have already been activated and will immediately head to disaster-stricken areas to pull people from rubble and other damage, and will be ready to provide immediate medical attention.

“This is the largest response I have ever seen in this state,” Patronis said.

DeSantis added that major bridges on the Florida’s west coast are already closed, including the Sunshine Skyway, State Road 64 Manatee Avenue East, State Road 684 and Cortes Road, and the John Ringling Causeway. As soon as winds die down, local governments will inspect those bridges for damage and reopen them as soon as possible.

The Governor said while he knows residents will be anxious in the coming hours as the storm approaches, it is best to shelter in place.

“Do what you need to do to stay safe,” he said. “If you are where that storm is approaching, you’re already in hazardous conditions. It’s going to get a lot worse very quickly. Please hunker down. Treat this like a tornado and make sure that your friends and family know where you are.”

previousSunburn — The morning read of what’s hot in Florida politics — 9.28.22