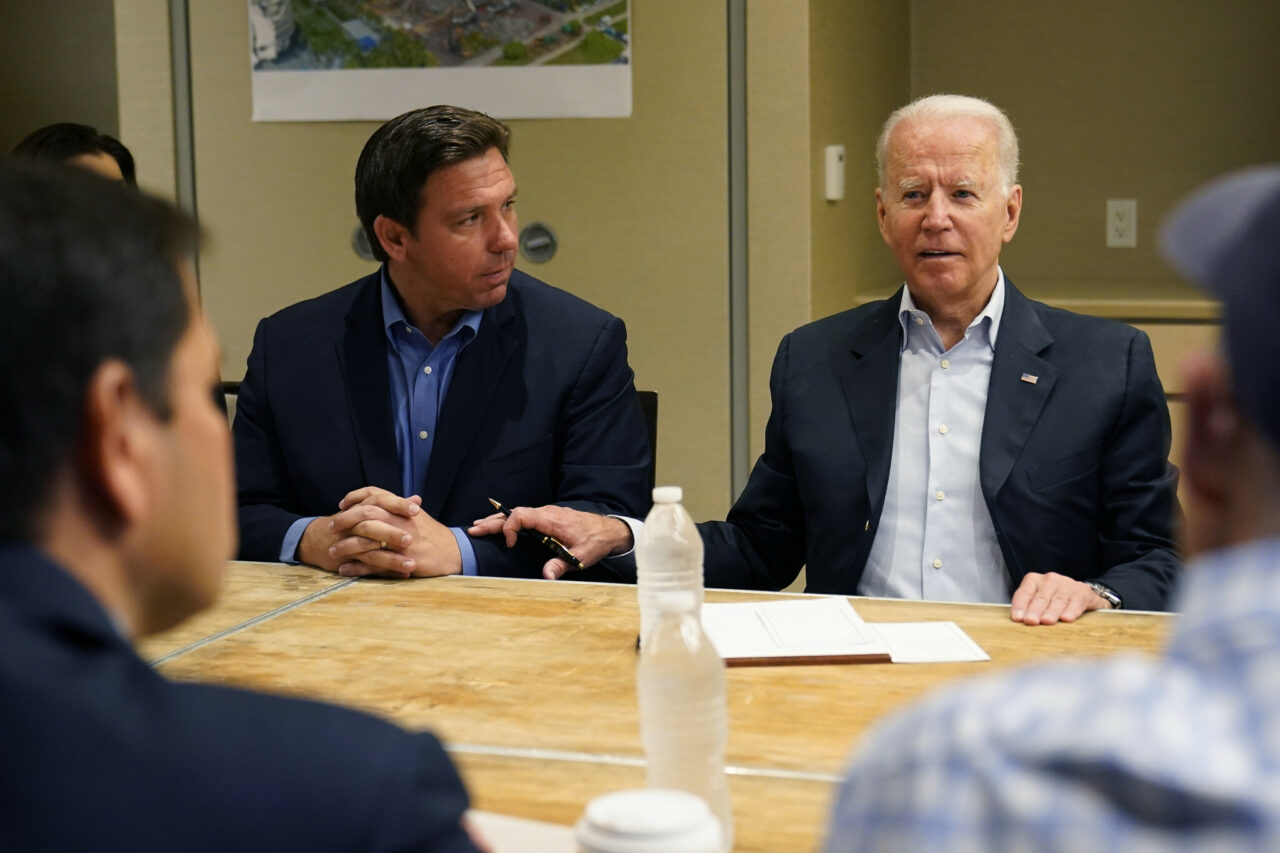 'Biden approved an Emergency Declaration within hours of receiving the request from Gov. DeSantis.'

The Joe Biden administration continues to message around its spirit of collaboration with Gov. Ron DeSantis as Hurricane Ian makes landfall.

The White House fact sheet documenting the administration’s preparation for the storm stressed contact with DeSantis numerous times in a move that addresses the narrative of non-cooperation between the two political rivals and potential 2024 antagonists.

“Yesterday, the President held calls with Gov. Ron DeSantis of Florida, Mayor Jane Castor of Tampa, Mayor Ken Welch of St. Petersburg, and Mayor Frank Hibbard of Clearwater to discuss preparations for the potential impacts from Hurricane Ian. In the last week, FEMA Administrator Deanne Criswell has held calls with Gov. Ron DeSantis of Florida, Gov. Henry McMaster of South Carolina, and Gov. Brian Kemp of Georgia, and she visited Florida on Monday, Sept. 26,” the White House noted, before specifically stressing the timely fulfillment of the Emergency Declaration ask from DeSantis.

“On Saturday, Sept. 24, President Biden approved an Emergency Declaration for the State of Florida within hours of receiving the request from Gov. DeSantis, to support preparedness efforts and ensure resources are pre-positioned in advance of potential storm impacts.”

The latest stressing of collaboration with DeSantis, who has spent months baiting “the Brandon administration” and issuing speeches claiming to be “standing in (Biden’s) way,” comes as the Governor has been compelled to say kind things about the President even in the friendly confines of the Fox News Channel prime time lineup.

On Tuesday night, DeSantis extolled the White House response to host Sean Hannity, who took a break from his usual character assassinations of the President as well.

“Well, Sean, you know, what I said today is that my phone line is open. When people’s lives and their property are at risk like this, we all need to work together regardless of party lines,” DeSantis said.

“It’s my sense that the administration wants to help,” DeSantis added. “I think they realize that this is a really significant storm, and there’s a lot of people that, you know, we’re working with the locals. We work very well with them. And, of course, at the state level. But we really need everyone working together to make people have their needs tended to.”

The comments on Hannity came after White House Press Secretary Karine Jean-Pierre confirmed Tuesday that DeSantis and Biden had talked.

“President Biden spoke this evening with Gov. DeSantis of Florida to discuss the steps the Federal government is taking to help Florida prepare for Hurricane Ian,” Jean-Pierre tweeted. “The President and the Governor committed to continued close coordination.”

DeSantis had indicated a willingness to talk to Biden earlier that day, dropping the antagonistic rhetoric he’d used toward the President since shortly after the two worked together in the aftermath of the historic building collapse in Surfside.

“I’m happy to brief the President if he’s interested in hearing what we’re doing in Florida,” DeSantis said at a news conference Tuesday.

“My view on all this is like, you’ve got people’s lives at stake, you’ve got their property at stake, and we don’t have time for pettiness,” he continued. “We’ve got to work together to make sure we’re doing the best job for them, so my phone line is open.”

previousHurricane Ian will be one of Florida’s ‘indelible’ storms, Gov. DeSantis says