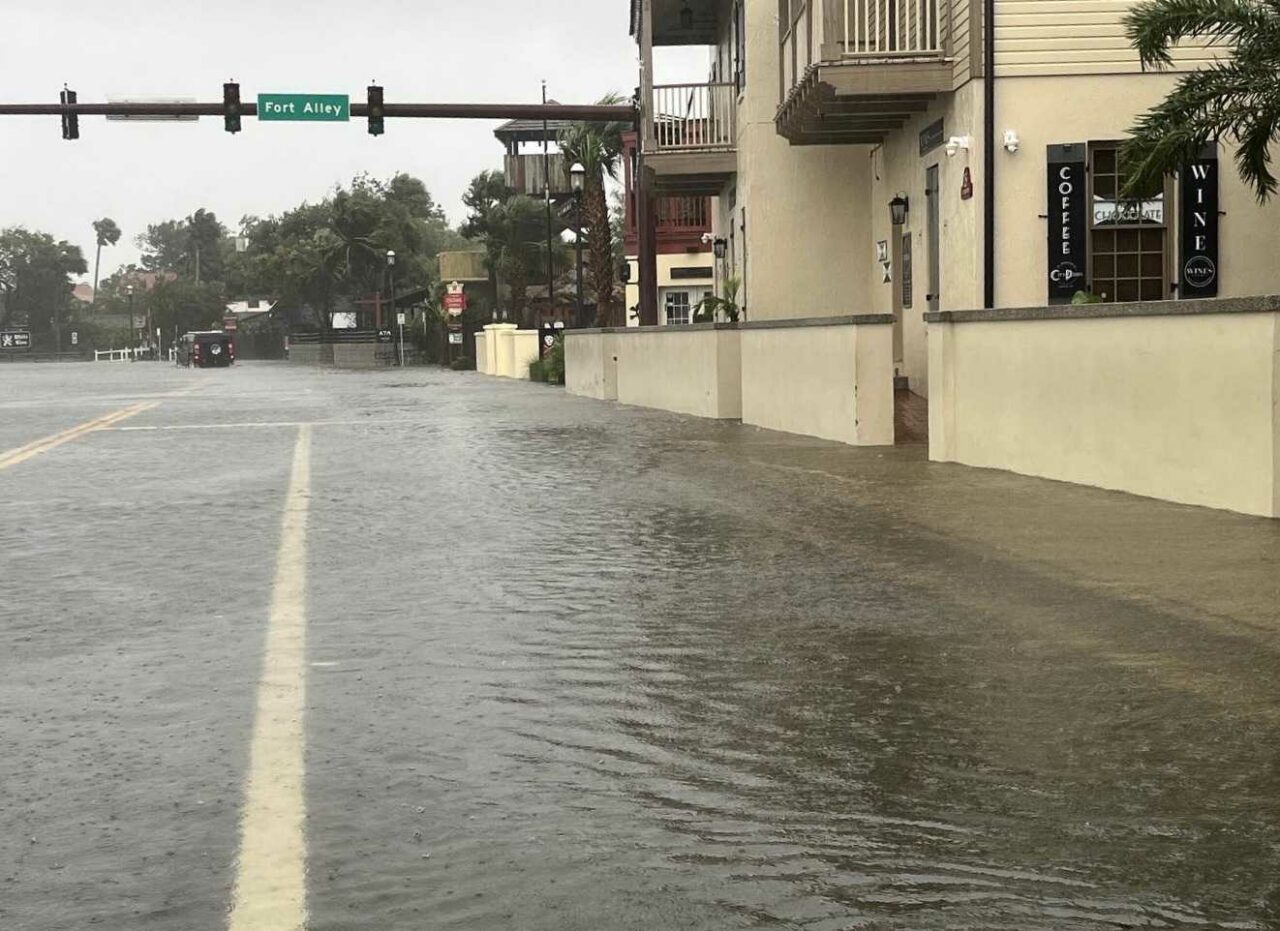 'Many roads along the St. Johns County coastline are impassable.'

It doesn’t take a lot to get water into the St. Augustine historic district. A sea wall can only do so much against the raw power of nature, a power enhanced by Tropical Storm Ian bringing rain and storm surge with a late-morning high tide to the Ancient City.

Videos and still photos went out across the vast internet Thursday morning showing waves crashing into and over sea walls.

Photos shared by the agency showed water fully covering the 7500 block of A1A South. Officials reiterated their plea for residents to not drive on flooded roads, to shelter in place and stay out of flood waters.

Officials also restated that people should stay where they are until the flooding subsides and the storm passes, to stay safe, and to allow first responders and disaster response crews to go about their work.

“As most of you are aware by now, we have significant flooding in the city of St. Augustine, parts of Deep Creek, Hastings, Flagler Estates, low-lying areas,” said Hunter Conrad, St. Johns County Administrator. “We’re continuing to see significant erosion up and down the coast — some overwash in different areas.”

St. Johns County Emergency Management Director Joe Giammanco said the prior afternoon that Ian’s move to the east would mean worse flooding for St. Augustine and an expected 4-6 feet of coastal flooding on the coast and in the Intracoastal Waterway.

People with questions about Ian can call the St. Johns County Emergency Management Citizen Information Line at 904-824-5550. As it stands now, bridges are open with the exception of the Bridge of Lions, which is closed because of the storm surge.

Flooding in the area doesn’t necessarily need the water to top the walls — water flows from underground too. An engineer who worked on a St. Augustine sea wall project explained the problem as part of a presentation for a University of Florida webinar.

St. Augustine flooded in September 2020 from a combination of king tides, a nor’easter and 3 inches of rain. When that occurred, Jacksonville firm Taylor Engineering’s clients started sending in photos, including one of a sea wall the firm designed and did some of the construction administration for in 2014.

“So, I’m very familiar with the site — I know what elevation it’s at — and it’s retaining water (in the photo), which isn’t necessarily what we want to do,” said Angela Schedel, Taylor’s Vice President of Community Resilience. “All that water is actually backflow, coming up gravity-fed (pipes) — high tide, just up through the drains.”

nextEmail insights: Donald Trump is talking about a lot of things, but not Hurricane Ian