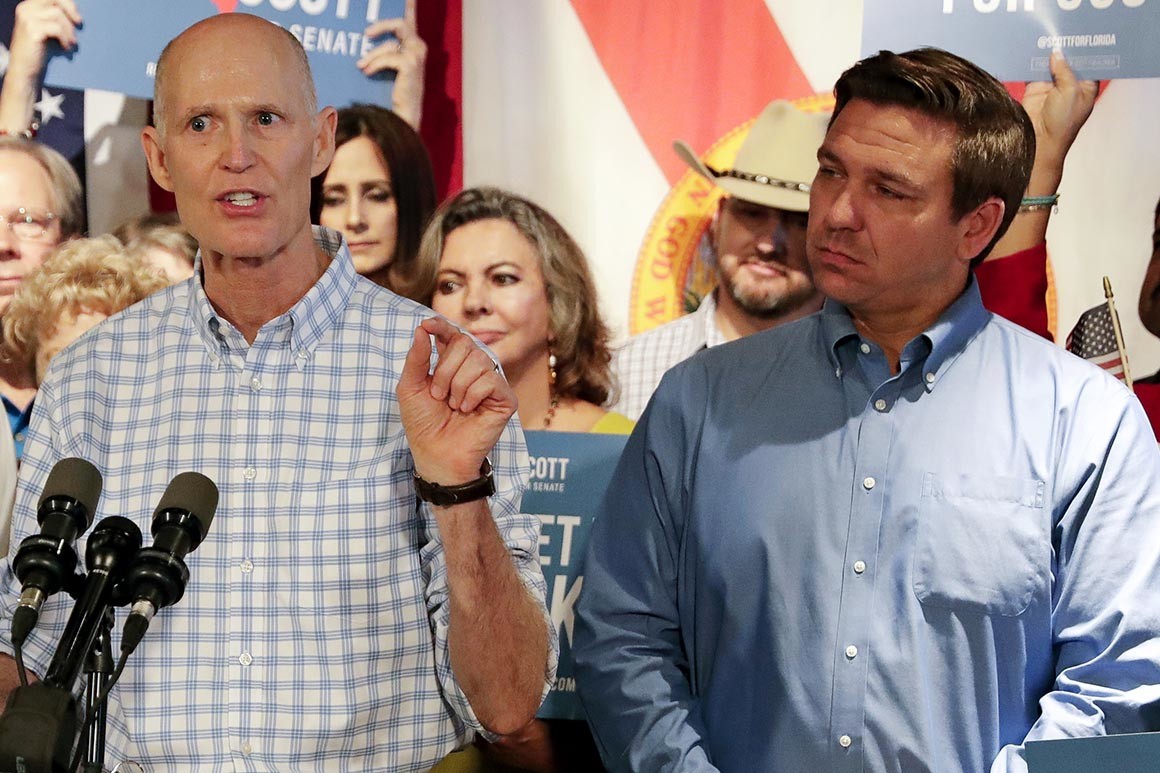 U.S. Sen. Rick Scott has been through a lot of hurricanes, but he apparently is having a hard time getting through to his successor in the Governor’s Office in the wake of Ian.

During a Thursday morning interview on the Weather Channel, Jim Cantore probed Scott on whether they’ve talked “today.” Scott said he’d talked to most everyone but Gov. Ron DeSantis.

“So I told them, I told all of them: I spent eight years as Governor. I’m going to do everything I can to make sure every federal resource is there,” Scott added. “If you need any help, tell me. I’ll tell you what I can do, whatever I can to be helpful.”

“I might have a resource. I might know somebody that can help you. Or I can make sure we get our federal resources there,” Scott affirmed.

Florida Politics reached out to DeSantis Communication Director Taryn Fenske to find out why there’s been a disconnect. A schedule sent Thursday afternoon from the Governor’s Office showed another call with President Joe Biden and U.S. Sen. Marco Rubio, but not Scott.

Scott has not been afraid to say what’s on his mind regarding DeSantis and devastating Hurricane Ian, including suggesting during a Fox News interview that the state needs to do something about “failing” property insurance companies.

“And so, I think it’s something the state’s going to have to put a lot of effort into,” Scott continued. “We’ve got to have a robust property insurance market in the state, and we’ve got to have insurance companies that are fully funded, so that they can provide the resources if something like this happens.”

Scott was responding to the introduction of a POLITICO article entitled “DeSantis faces the true test of any Florida Governor,” which described a “faltering” property insurance market. He agreed with the idea that major hurricanes do indeed test Governors.

“Every time you learn something,” Scott said when asked if hurricanes represented a “test” for a Governor by Fox host Bret Baier. “They’ll learn something from this one.”

DeSantis’ campaign rapid response director Christina Pushaw had previously refuted the idea that a storm was a “test” at all.

“Media talking point is Hurricane Ian is a “test” of Gov. DeSantis. No — it’s a natural disaster; the governor is focused on saving lives. Stop politicizing! If you are genuinely curious about how Gov. DeSantis responds to emergencies, see Surfside 2021. We are in good hands,” Pushaw tweeted.

previousNearly a quarter of Florida customers without power after Hurricane Ian