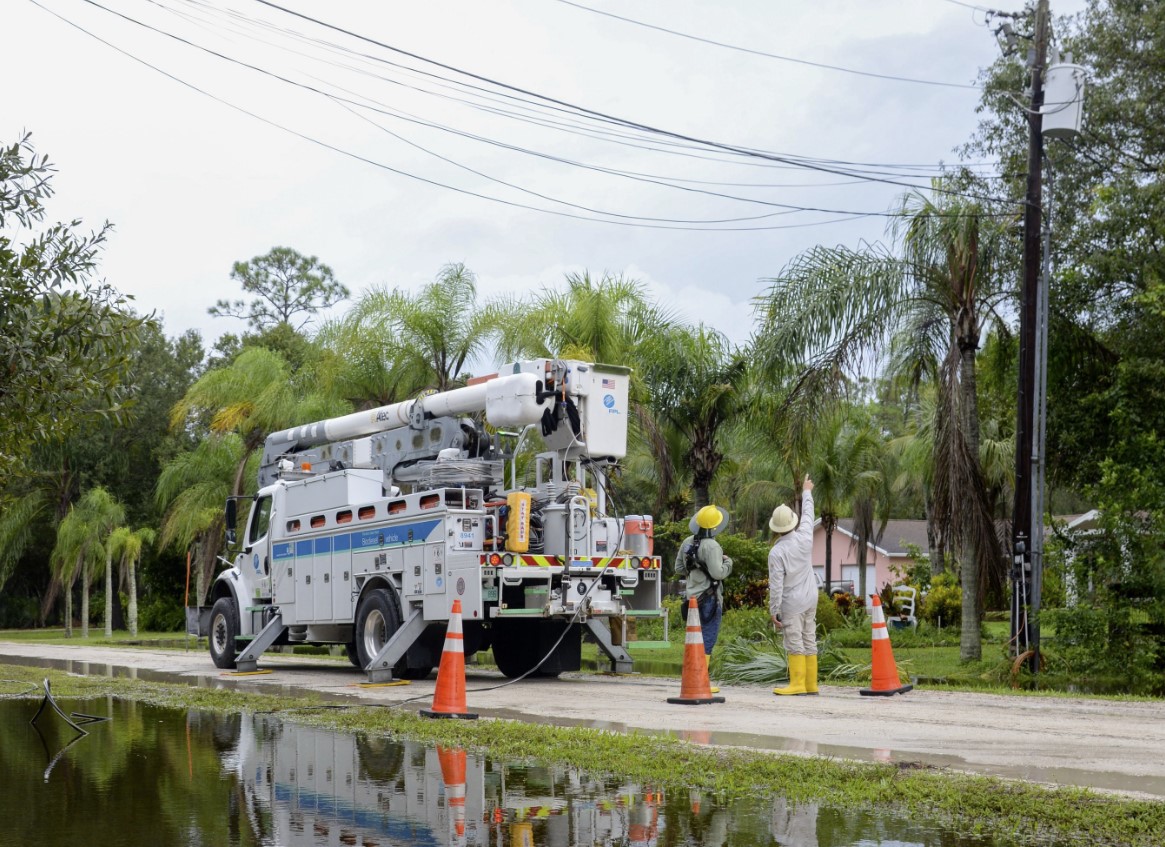 Workers are toiling ‘around the clock’ to restore power, but some reconnections will take a while.

Less than a day after Hurricane Ian tore across Florida, 24% of utility customers did not have power, according to the most recent figures from the Public Service Commission.

The Sunshine State’s four utility companies, various electric cooperatives and municipal providers collectively reported at noon Thursday that nearly 2.7 million of their customers await reconnections. For almost all of them, there is no estimated restore time available.

Florida Power & Light, by far the state’s largest utility, said 1.2 million of its more than 5.7 million customers (21%) are still without power. Between 9:30 a.m. and noon, the company restored services to 52,000 more customers.

FPL Chair and CEO Eric Silagy said more than 21,000 workers from some 30 states are toiling “around the clock” to reconnect Floridians. It will be slow going in heavy-hit Southwest Florida, he said, where systems will need to be rebuilt rather than just repaired.

“Today is one of the first opportunities we have had in daylight to see some of the wreckage that Hurricane Ian left behind,” he said at a 1:15 p.m. news conference. “Our restoration workforce has been pre-deployed to more than 37 staging sites across the state, and the idea there is to get our crews to the areas closest to the most heavily damaged and impacted areas so we can restore power safely and quickly to our customers.”

Those counties together comprised more than 978,290 downed accounts, 80% of the total.

Duke Energy, whose Florida headquarters is in St. Petersburg, reported 37% of its close to 1.9 million customers in the state were powerless. That included 197,001 customers in Pinellas County, 150,362 in Orange County, nearly 90,797 in Seminole County, 55,414 in Volusia County, and 53,577 in Highlands County, where 96% of Duke customers remained in the dark.

A high percentage of customers in Flagler and Polk counties also had no power.

“We have assembled a powerhouse team of 3,000 crew members to restore power after the storm,” the company wrote on Twitter at around 10 p.m.

Ian made landfall Wednesday afternoon near Fort Myers at near-Category 5 strength, bringing with it torrential rain, tornadoes and massive storm surges that flooded a large swath of the Gulf Shore.