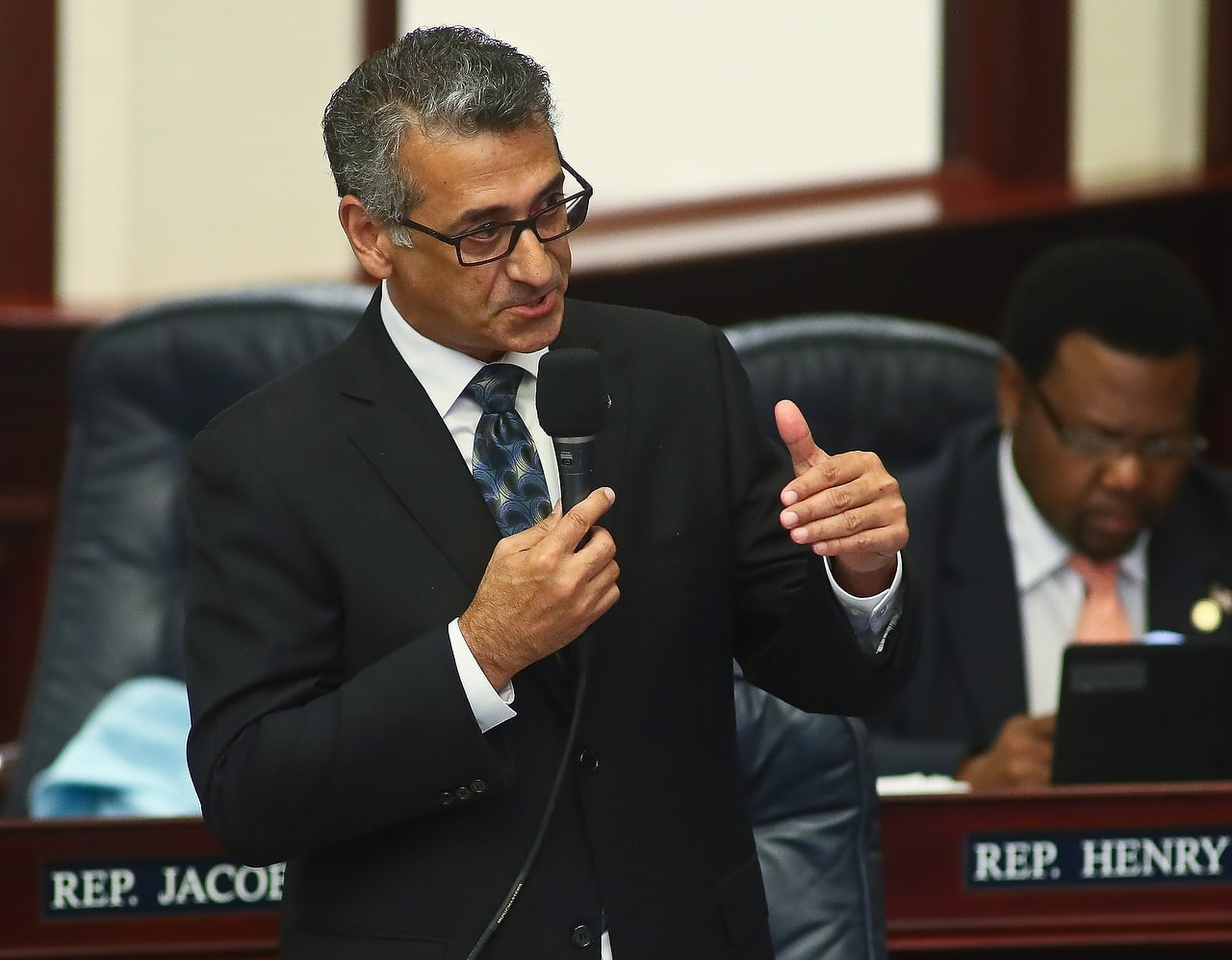 ‘If Asencio has the resources to tell his story, he can quickly close the gap.’

But Giménez’s fairly weak approval rating — 42% positive, 39% negative — could factor into the Nov. 8 election, especially among voters who learn positive information about both candidates.

Asencio’s comparatively paltry name recognition in CD 28 affords him “more room to grow,” Impact pollsters said. They found that while Asencio began at a 10-percentage-point deficit — 40% Asencio, 50% Giménez — the gap shrunk by half once voters heard “balanced positive bios” about both men. That included a 4-percentage-point surge in support among Cuban voters.

“Asencio’s story as a police captain and veteran with working class roots is an incredibly strong narrative with this electorate, including tough subgroups where Democrats need to improve,” Impact personnel wrote. “If Asencio has the resources to tell his story, he can quickly close the gap in this Congressional race. And with enough large-scale resources to cast doubts on Giménez, Asencio has a clear path to a competitive race.”

To prove that point, Impact provided respondents with further messaging about Asencio, including his support of reproductive rights. Pollsters then asked respondents to choose between the two candidates. Asencio won by an 8-percentage-point margin, 51% to 43%.

“(While) this reflects messaging in Asencio’s favor, it also shows how persuadable the (district’s) electorate is and the ability for the issue of abortion to shift voters into Robert Asencio’s corner,” Impact personnel wrote.

Pollsters found more voters gave Giménez a poor job rating (20%) than an excellent one (13%). The incumbent also performed poorly among independent voters, of whom 36% rated him positively compared to 42% who disapproved of him.

CD 28 covers all of the Keys in Monroe County, the southernmost tip of Miami-Dade, including parts of Homestead, and a huge chunk of the Everglades.

Last month, Giménez easily batted away two challengers in the Republican Primary, capturing 73% of the vote. Asencio, meanwhile, defeated one Democratic Primary opponent with 69% of the tally.

Giménez enjoys a gargantuan fundraising lead heading into the General Election. As of early August, he had more than $1.27 million on hand — more than 95 times what Asencio held.

Early voting begins Oct. 24. In Monroe, where five sites will be open, early voting runs through Saturday, Nov. 5. Miami-Dade will have 28 sites open countywide through Nov. 6.

previousLast Call for 9.29.22 — A prime-time read of what’s going down in Florida politics