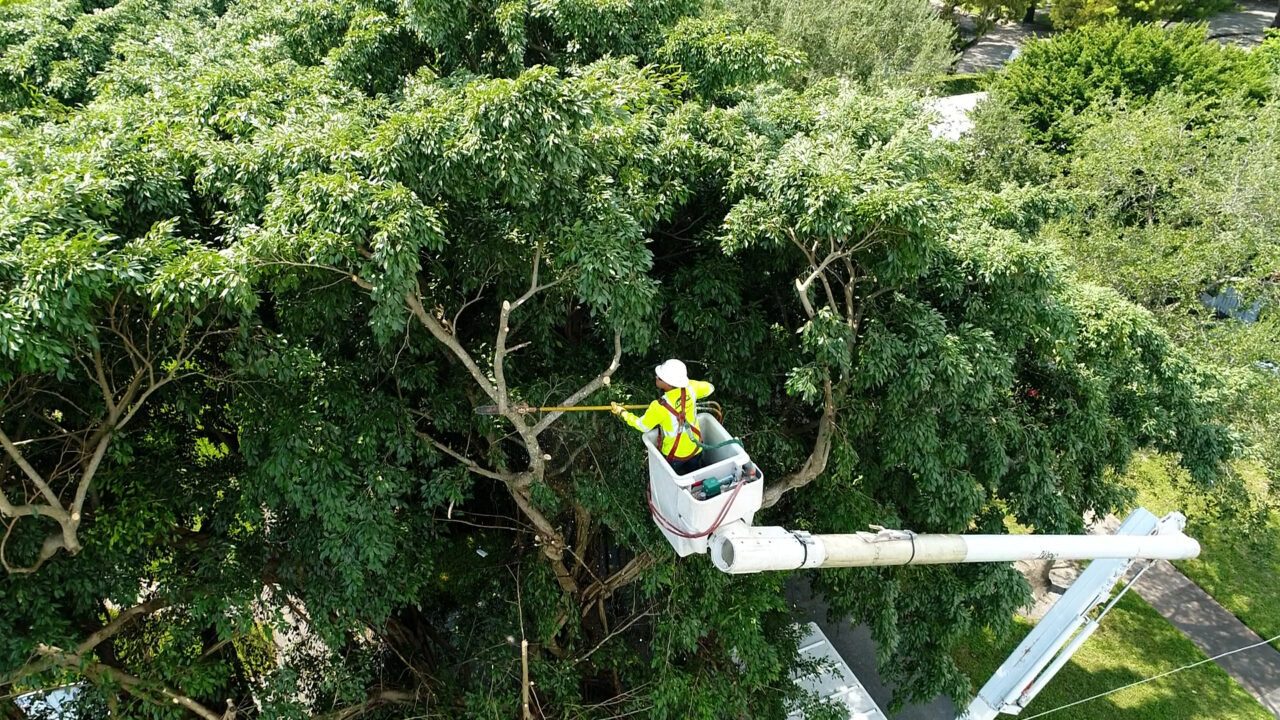 Most are FPL customers, but the power company said it has already restored power for 1 million.

The latest report from the Public Service Commission (PSC) shows more than 1.8 million remain without power. But that’s nearly 200,000 more people than had power at 9 a.m. Friday morning.

There remain 947,520 Florida Power & Light (FPL) customers in the dark, along with 367,861 Duke Energy users, 177,442 on Tampa Electric, 257,028 on various cooperatives and 90,152 on municipal power sources. That total includes outages unrelated to Hurricane Ian, but the vast majority fall within areas struck by the storm.

The greatest number of outages remains in Lee County, where Ian made landfall. There are 229,040 FPL customers without power, 79% of Lee FPL users, and another 173,605 using the Lee County Electric Cooperative (LCEC), or 95% of LCEC customers in the county. More than 85% of customers have no power.

But in Hardee County, more than 99% of users have no power. That’s 12,165 customers, including everyone on municipal service and most on a co-op network.

Volusia County, the only county outside Southwest Florida where a majority remain without power, has more than 58% of consumers awaiting service. That’s 180,881 users, including 23,080 on co-op power, 49,272 relying on Duke Energy and 107,700 subscribed to FPL.

More than half of Glades County users now have power, while 47%, or 3,679 subscribers, do not. Most are FPL users.

Other large counties still have tens of thousands without power.

In Hillsborough County, 134,092 still await restoration, more than 19% of customers there. That includes 133,443 on Tampa Electric.

In Pinellas County, 66,004 remain without power, or about 12% of the county. Most of those are Duke Energy users.

In Flagler County, 25,150 are without power, or almost 38% of accounts. All are FPL customers.

In Indian River County, 10,570 still await power returning. There are also 10,693 without service in Okeechobee County, about 47% of users there.

Earlier today: FPL says more than half its customers affected by Hurricane Ian have their power restored. But power is still scarce in much of Southwest Florida where the storm made landfall.

Service as tracked by Power Outage shows nearly 2 million in Florida remain without power as the storm system heads away from Florida. FPL customers account for roughly half of those, but the situation continues to change rapidly, the company reports.

While about 2 million FPL customers lost power because of the storm system, more than a million have since seen power restored. As of 7 a.m., 980,740 still had service out.

PSC statistics released at 9 a.m. show numbers have improved since then, but 972,390 remain without power.

The company said more than half of its customers statewide were affected by the storm for more than 72 hours.

Friday marks the first full day of restoration work. More than 21,000 workers, with help from linemen from 30 states, will work at all hours to restore power. The company will activate 38 staging and processing sites across the state.

“Hurricane Ian will go down as one of the most destructive and powerful hurricanes to ever hit our state — having forever changed the lives of so many of our neighbors,” said Eric Silagy, FPL Chairman and CEO.

“Getting the lights back on after such a destructive storm is no small task, but it’s a challenge we’ve planned and trained for with an army of workers. Rest assured, we will not stop until every last customer is restored.”

The company will also send drones to survey the damage to power networks.

In areas like Lee County, Gov. Ron DeSantis said on Thursday much of the power infrastructure will need to be rebuilt, based on early surveys of damage.

But FPL officials say the foundational transmission system did not lose a single transmission structure over the course of the storm.

“Since the destructive 2004 and 2005 hurricane seasons, we’ve invested significantly in our system to make it stronger, smarter and more resilient to storms like Hurricane Ian,” Silagy said. “While no energy grid is hurricane-proof, not losing a single transmission structure is remarkable given the size and strength of this monster storm.”

FPL customers aren’t the only ones impacted. In Lee County, where Hurricane Ian made landfall as a strong Category 4 storm, many customers of the LCEC were also impacted. As of 8:45 a.m., most customers remained without power, and 197,038 were still without service. That’s nearly 90% of LCEC customers.

The co-op serves a six-county area. Officials there said 500 crews and field employees began the process Thursday morning of evaluating damage and developing a strategy to quickly energize main circuits.

The worst power situation, according to the PSC, appears to be in rural Hardee County, where less than 100 customers have power. There are 12,185 with no service, most of those co-op or municipal power customers.

In Charlotte County, more than 84% have no service, most of those FPL customers. About 106,670 FPL users remain without power, along with all 808 co-op customers in the county.

While most of the power problems afflicted Gulf Coast counties, Volusia County also has a number of people without power. The county was the last to feel major impacts from the storm before it went out to sea, and 184,732 customers, almost 60% of the county, remain without power. Most, 113,310 of them, are FPL customers.

In Highlands County, more than 70% of users remain in blackout conditions. The inland county has 45,480 awaiting power, most of those Duke Energy customers.

A number of other counties still have more than half of customers awaiting power restoration. In Sarasota County, 56%, or 161,150 customers, remain without power. Almost all get service through FPL. Just over 50% of Manatee County has no power, or 117,968 individuals.

In populated Hillsborough County, only 19% remain in the dark but that constitutes 137,188 customers, most of those getting power through Tampa Electric. In Pinellas County, 82,777 still were waiting for power to be restored, about 14,65% of users.