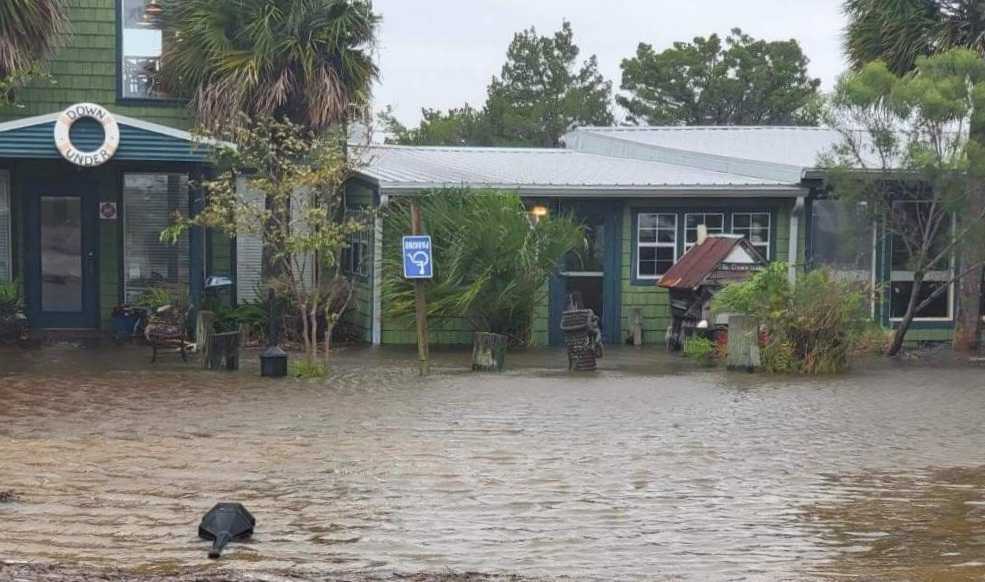 People who find damage to their property are asked to report it immediately at OneNassau.com.

It could have been much worse for Amelia Island and the eastern Nassau County mainland, but on the whole, minor flooding, tree damage and beach erosion is a much smaller price to pay for the Hurricane Ian experience than the catastrophic flooding and utter devastation further south and west of Florida’s First Coast.

County officials lifted their evacuation order for much of the island and marsh-adjacent mainland Friday morning after going through two storm-enhanced high tides.

“The winds were very high (50) coupled with a 7-foot tide. Whitecaps and waves in the Amelia River and the entire marsh area flooded on the east-facing marsh from St. Marys River to the Shave Bridge. West marsh fared better. The Oyster Bay marina has minor damage but the boats that did not evacuate have some damage. The high tide in the afternoon was a king at 7+ feet. This all receded by 6 at low tide. At midnight there was no wind, no white caps, no major storm surge and no additional flooding.”

The worst of the flooding ended up happening during the day, she said.

There was also a fair amount of damage at the city marina and Brett’s Waterway Cafe on the Amelia River, especially along the fuel dock gangway.

Around two dozen power outages remained for the whole of Nassau County as of noon Friday, so electricity shouldn’t be an issue for returning residents and property owners. Officials are asking people who find damage to their property to report it immediately to the Crisis Track at OneNassau.com.

Also, if the structure is damaged, people are advised to wait until a contractor can inspect it before going inside. Another issue to which people should keep their eyes and ears open is wildlife, and if one or a few of the many creatures that call eastern Nassau County home managed to find a sanctuary from the storm in their residence or building.

Fernandina Beach city officials announced “yard waste, residential garbage and commercial garbage collection will resume on Monday. Cleanup efforts are underway with a focus on the Downtown area. Wastewater and water systems are fully functional with minimal damage incurred during the storm.”

Regular programming and hours at all Fernandina Beach city facilities, including administrative offices, will return Monday. City Hall is closed through the weekend.

Folks wanting to get out of their house will find the city pool, fitness center and park facilities reopened to normal service at 8 a.m. Saturday. The Island Hop Craft Beer Fest also will take place Saturday as scheduled in Central Park.