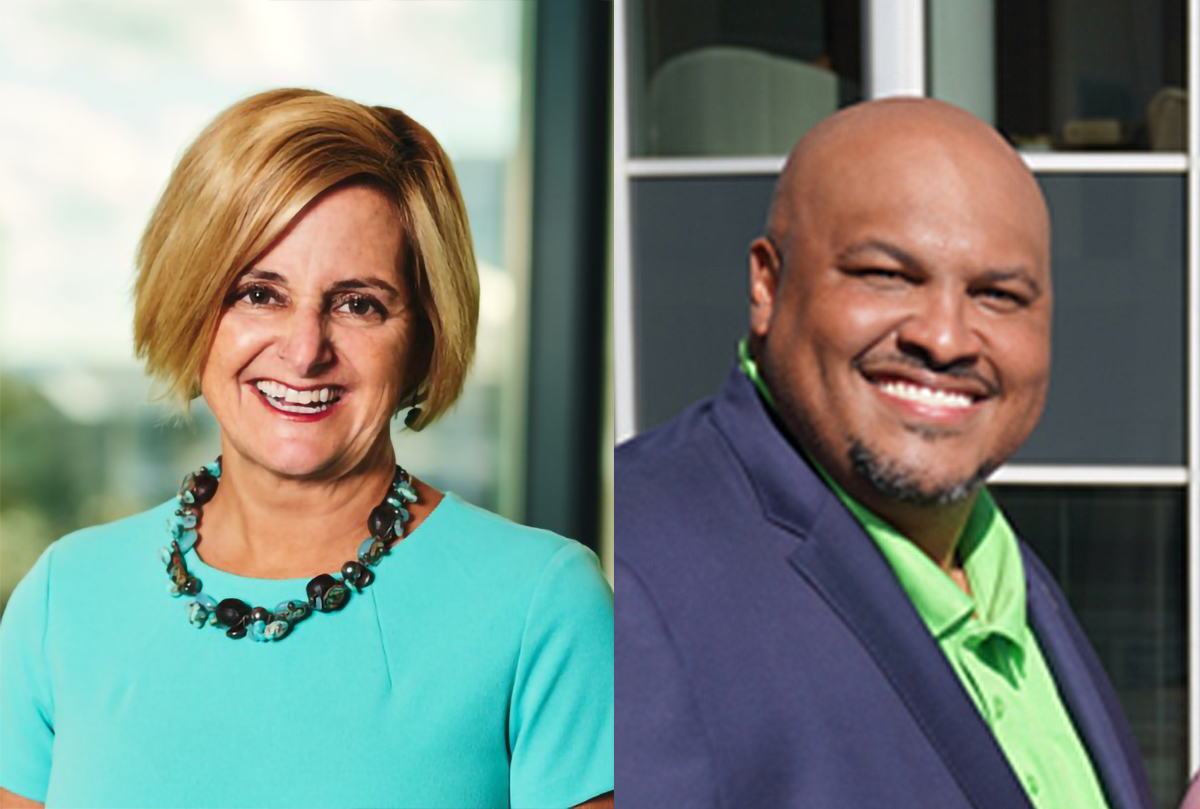 Sen. Loranne Ausley and Republican challenger Corey Simon clashed on property insurance, abortion, the 2020 election and more during the first Senate District 3 debate of the Midterms.

Ausley, who is defending her seat after only two years in the Senate because of redistricting this year, is perhaps the most vulnerable Democratic incumbent, in a cycle where Democrats need to hold every seat to deny Senate Republicans a three-fifths majority.

Statewide Democratic and Republican efforts have targeted the seat, and Monday’s debate, hosted by the Capital Tiger Bay Club, marked the first chance for both candidates to weigh their ideas before voters with nearly five weeks until Election Day.

The incumbent framed herself as a proven public servant who has supported state employees, families and Northwest Florida throughout her 14 years in the House and Senate. Simon, who is engrained in Tallahassee circles as a member of the 1999 championship-winning Florida State University football team, characterized himself as a community leader and political outsider prepared to bring independent ideas to the State Capitol.

Questions from moderator Gary Fineout, of POLITICO, illuminated the candidate’s stances on current events and policy, beginning with the property insurance market. Hurricane Ian has brought additional scrutiny to Florida’s insurance market, which has seen rising premiums and, particularly in recent months, seen insurers drop out of the Sunshine State.

Ausley said she doesn’t have a silver bullet and that lawyers, insurance companies, contractors and building on the water don’t each individually deserve all the blame.

Simon pointed to Ausley’s career and said she hasn’t found a solution in more than a dozen years.

Both candidates largely stuck to their party lines in their responses, including on school vouchers, gun safety and border policy. However, Simon did break from Florida Republicans when he said he believes there should be exceptions for rape and incest in legislation restricting abortion.

Florida’s 15-week abortion ban, passed by lawmakers and signed by Gov. Ron DeSantis this year, does not include those exceptions.

“I think the current law that’s been put in place, that 15 weeks, may be somewhere around about right, but I am for those concessions and I’m certainly — as my opponent just tried to paint me as extremist — I’m certainly not for locking moms up for the choices that they make,” Simon said.

Ausley noted the bill passed on a party-line vote in the Senate. It was one of several moments in which questions of loyalty to parties, donors or voters emerged during the debate.

Simon’s support for exceptions drew applause from the crowd, one of the few moments of significant applause he drew from the crowd composed mostly of Tallahassee political insiders.

Only once did the crowd boo — after Simon declined twice to agree that President Joe Biden was duly elected President in 2020.

“The election is done, President Biden is the President and we are worse for it,” Simon said.

After the debate, Simon explained to Florida Politics that he believes distrust in the national media and the media in general has made it hard for people to believe they are telling the truth.

“I saw, like a lot of people saw, at the 11th hour where screen started going up at polling places and people didn’t want them to see their ballots being counted and all of these things that happen on Election Night, and then the national media gets out there and you all push this story that the Democratic Party sends you, and then folks are then put in a position to now have to choose, ‘Well, I don’t really believe the media but I guess I should believe them in this instance,'” Simon said.

“It’s imperative that you all, as the media, tell the truth and not be so quick to be first but to be right, and that will restore our faith back in our election system, that will restore our faith in the media,” Simon continued. “But as long as you all come from a partisan position and you’re all looking to have your name at the top of the byline, our folks are going to continue to distrust the words that you put out there. And so the onus is on you all to tell the truth.”

Another political flashpoint came when Simon criticized Democratic campaign officials for running an advertisement in support of Ausley that put pictures of children and Simon on shooting targets. Republicans have suggested the imagery is racially insensitive, considering Simon is a Black man and the history associated with placing Black people on shooting targets.

However, the Florida Democratic Legislative Campaign Committee told Florida Politics it has written approvals from Ausley and the two other Democrats named in the ad. The committee has not immediately returned a request to present those approvals.

The debate marked the first faceoff between the two candidates, but it may not be the last. Organizers may hope to reschedule a forum that was canceled last week ahead of Hurricane Ian.

Simon has declined to participate in a debate slated for next week. Simon and Senate Republicans blasted the hosts — the Tallahassee Democrat and the League of Women Voters — over their connections and support for Ausley in a full-page ad that ran in the newspaper’s Sunday edition.