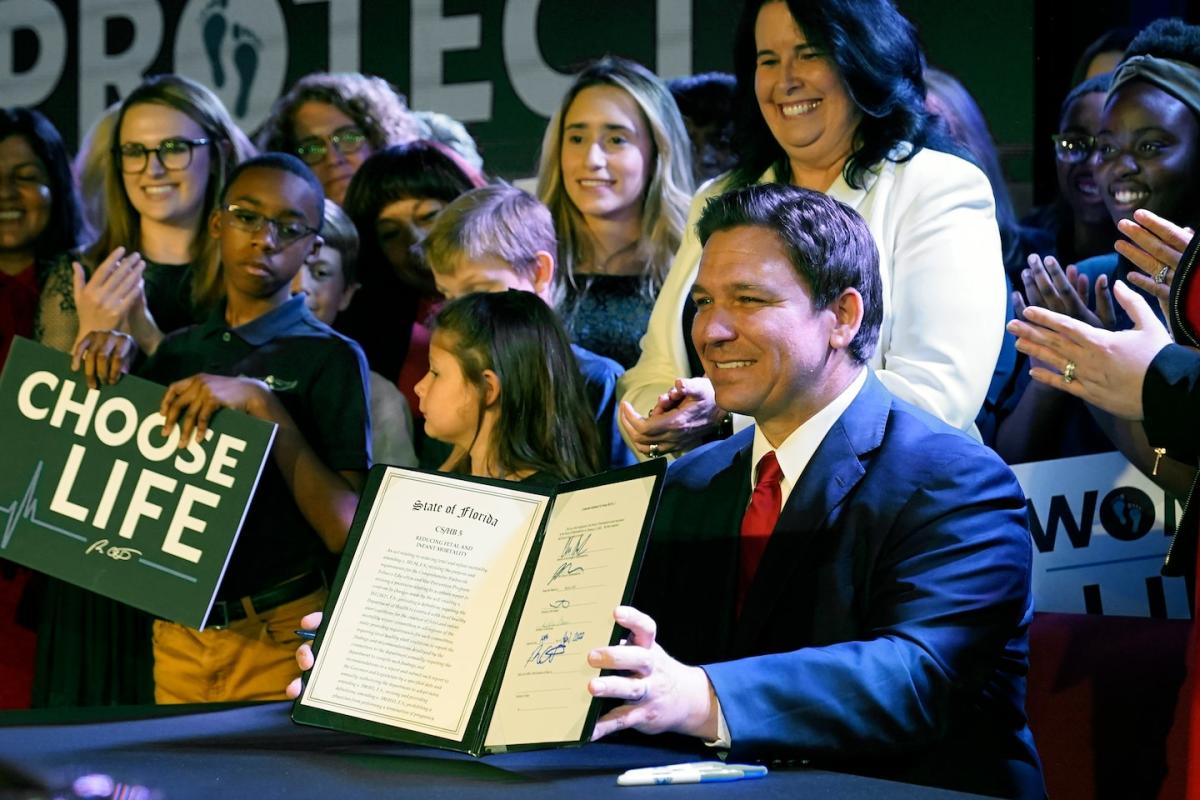 'This bias against the Plaintiffs provides conclusive evidence that the Trial Judge should be disqualified.'

A progressive South Florida rabbi and co-plaintiffs suing Florida over the state’s new ban on most abortions after 15 weeks called for the judge overseeing the case to be removed for “bias” and “trivialization of women’s rights and religious freedom.”

The motion cited Marsh’s Oct. 10 decision not to hear arguments from either party and his ruling that the case is a non-emergency that should be stayed pending the outcome of a separate abortion ban challenge now in the early stages of Florida Supreme Court appeal.

Further, the plaintiffs argued Marsh inappropriately likened Silver’s motion to temporarily block the ban to a similar motion Planned Parenthood filed in the other case. But where judges in the Planned Parenthood case ruled the plaintiffs — an abortion doctor and clinics — lacked standing because the alleged economic harm to them did “not constitute irreparable injury,” Silver’s lawsuit has no economic component.

Instead, it contended the new abortion law “criminalizes the practice of Judaism.”

“It is clear from this ruling that the Judge has already decided the merits of this case and has predetermined that the Plaintiffs should lose, since this is what’s happening to the Plaintiffs in the Planned Parenthood case which he says appears dispositive. This bias against the Plaintiffs provides conclusive evidence that the Trial Judge should be disqualified,” the motion said.

“To equate the loss of a minimal amount of money which is the basis for the ruling in the Planned Parenthood case to the harm alleged in the case at bar, which includes but is not limited to the loss of liberty, life and physical health to all women of child-bearing years, and the loss of religious freedom for Plaintiffs and all religions, and the criminalization of Judaism, indicates bias and the trivialization of women’s rights and religious freedoms.”

By making such a determination on his own, without input from either side or even a request for relief from the state, the motion continued, Marsh exhibited an “incapability of making a fair, impartial and unbiased decision in this case.”

Marsh disagreed, citing state statutes governing the disqualification of trial judges and a 1997 Florida Supreme Court case, Correll v. State, which reinforced a rule that a motion to disqualify is dismissible if it fails to establish a “well-grounded fear on the part of the movant that he will not receive a fair hearing.”

In response, Silver said, “Despite overwhelming evidence of bias as detailed in the motion, the Trial Judge summarily determined that he is not biased and has already denied the motion without any clear explanation for his denial.”

Silver’s lawsuit hinges largely on the argument that access to abortion is intrinsic to the full and free practice of the Jewish religion. In the Torah, which non-Jews refer to as the Old Testament of the Bible, and the Talmud, the central text of Rabbinic Judaism and the main source of Jewish religious law and theology, there are numerous entries asserting that life begins at birth.

The texts place higher value on the life of a pregnant woman than the embryo or fetus she carries and provides direction for abortion in circumstances where the mother’s life is at risk.

The new law, which went into effect July 1, allows abortions after 15 weeks of pregnancy if the mother’s life is in peril or two doctors concur there is a fetal abnormality. Republican lawmakers repeatedly refused during the 2022 Legislative Session to add exceptions in the measure for cases of rape, incest or human trafficking.

Silver and L’Dor Va-Dor initially filed suit in mid-June. In a statement announcing the complaint, Silver said, “We must never return to the dangerous days of back-alley abortions and the dismantling of the wall of separation between church and state, and we will fight back against such efforts.”

In the months that followed, several others joined as co-plaintiffs, including the Religious Society of Friends of Sarasota, Unitarian Reverends Harry Riordan and Maya Malay, and Dr. Daniel Sacks, an obstetrician-gynecologist based in Lake Worth.

Silver, a civil rights lawyer, is representing the plaintiffs as part of a litigation team that includes David Ferleger of Pennsylvania, Henry Sorett of Massachusetts and Daniel Uhlfelder, a former Democratic candidate for Florida Attorney General. 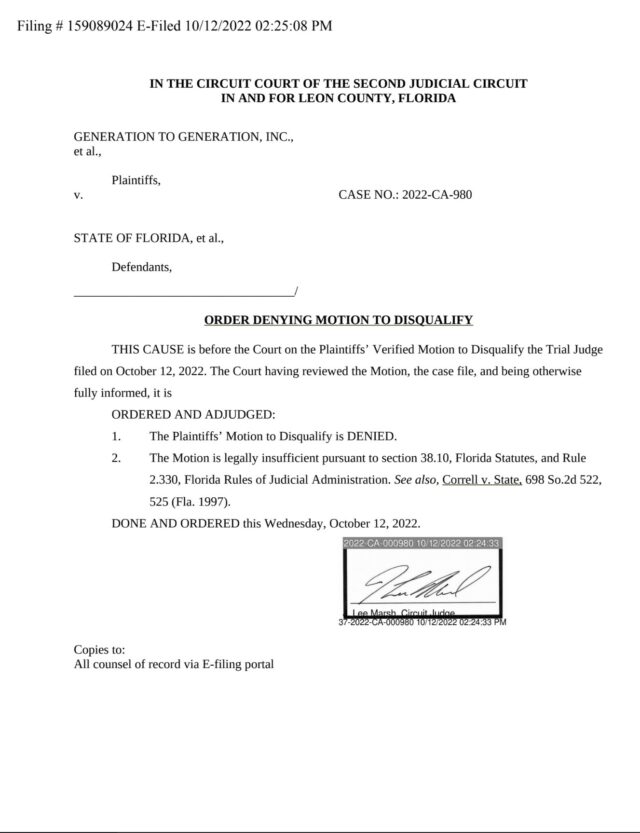