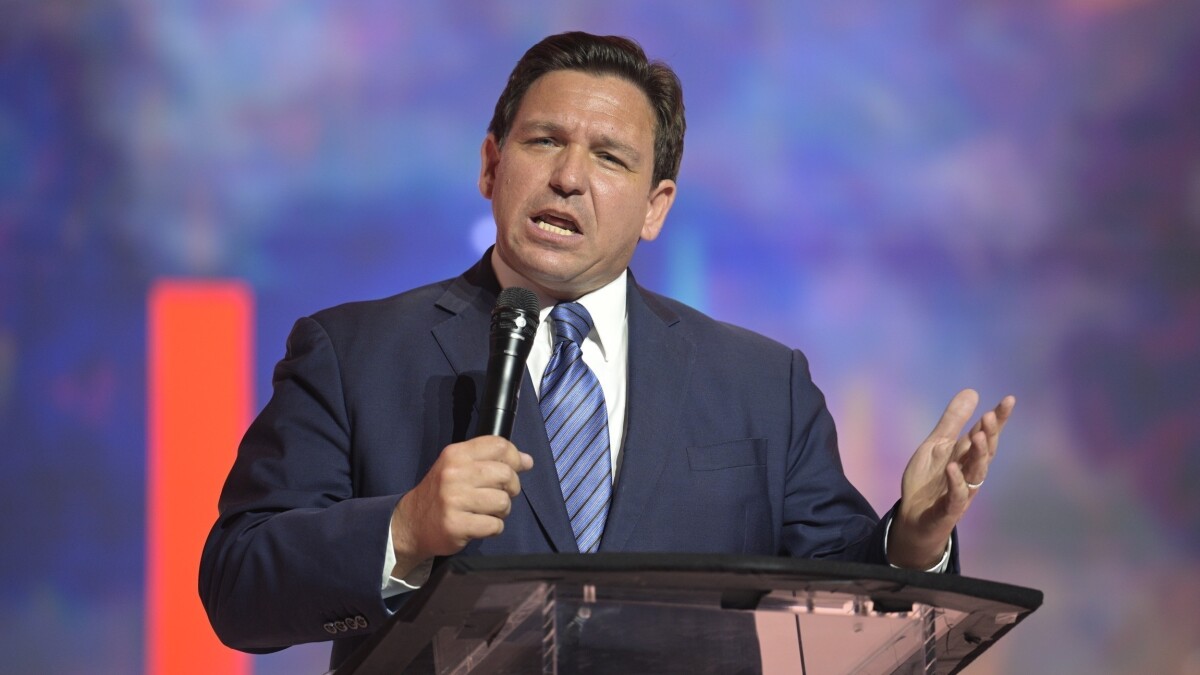 'We had questions early on even as the storm was hitting.'

Florida’s Governor continues to defend the state’s struggling property insurance market, though his words offer as much caution as reassurance.

Gov. Ron DeSantis remarked Friday in Cape Coral that Citizens Property Insurance, the state insurer of last resort, is “unfortunately undercapitalized.” However, he also noted that the company feels like it will be able to pay claims from this storm due to a relative lack of policies in Southwest Florida.

Citizens’ customer base has grown to more than a million customers as private insurers have failed or bailed on the state, but the Governor’s remarks suggest such growth comes with limits.

DeSantis told a reporter that “we had questions early on even as the storm was hitting about the Citizens Property Insurance, which I think most of you know is unfortunately undercapitalized, and it’s something that if you had a major storm, could be in some problems.”

Luckily for those policyholders at risk from Citizens’ precarious position, “they don’t have quite as many policies in this part of the state as they do in some other parts of the state. So they feel like they are going to be able to pay the claims that are out.”

Citizens’ latest estimate is that losses from the storm will be between $2.3 billion and $2.6 billion, per the Tampa Bay Times.

DeSantis stressed, as he has previously in the wake of Hurricane Ian, the “wind-water thing” (the difference between wind damage and flood damage). He noted that in many cases, people did not get flood insurance.

“My view is most of the damage has been flood damage,” DeSantis said, contending that some people buying property insurance were told “they don’t need flood insurance” and will be stuck with Federal Emergency Management Agency payouts in lieu of insurance settlements.

The insurance issues during the stretch run of the campaign have been something DeSantis’ political enemies have tried to weaponize. Friday’s comments were no exception.

“And it isn’t even close,” Crist said. “I never thought I’d live to see the day of a Florida governor bragging about the most expensive insurance market in America held together by billions in bailouts and duct tape. DeSantis’ Session was only special for the insurance companies that gave him $3 million in campaign contributions while he let them double Floridians’ rates. Because DeSantis failed, homeowners are getting squeezed and taxpayers are at risk. Floridians deserve a governor who gives a damn about them – not the insurance companies.”

Crist has brought that insurance argument to the airwaves as part of a seven-figure ad buy earlier this month, messaging backed up by third-party groups. Crist allies at the Lincoln Project have a new digital spot targeting women in the Interstate 4 corridor with the message that DeSantis was too busy playing politics to fix insurance.

The economic toll of the storm is enormous for the insurance industry, with more than $5.2 billion in paid-off claims already, according to the Office of Insurance Regulation. A little more than 12% of all claims have been resolved as of Friday morning.

Property insurance in Florida continues to struggle amid the second straight year of annual industry losses exceeding $1 billion. The Legislature convened in May for a Special Session to fix issues, including establishing a $2 billion reinsurance fund, but that didn’t stop the bleeding.